Juve knocked out at home, Napoli goes to Rome 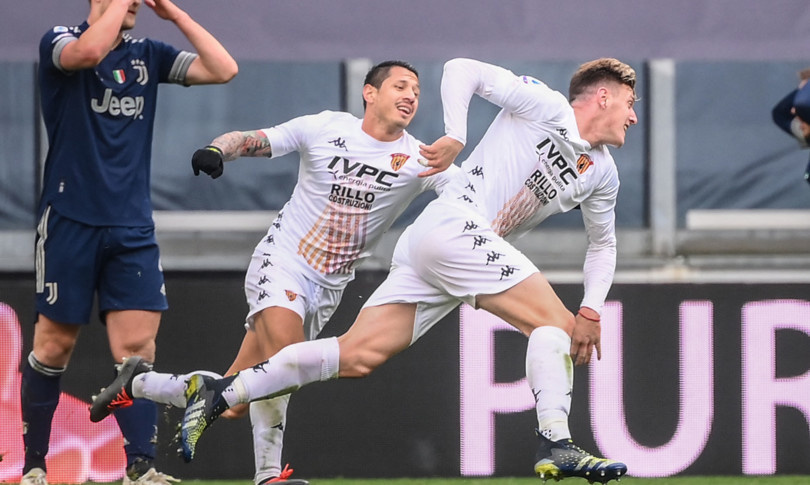 Time.news – Inter stop for Covid, the football championship experienced a very significant Sunday in terms of the Scudetto and the Champions League: Juve fell at home with Benevento (Gaich’s decisive goal for the 1-0) and remains 10 points behind the Nerazzurri but now with the same number of matches. In the wake of the leaders, Milan is holding on, winning 3-2 at the Franchi with Fiorentina. Napoli conquered the Olimpico by beating Roma 2-0 with a brace from Mertens. Important successes in the Champions League also for Atalanta (2-0 in Verona) and Lazio (1-0 in Udine) while Turin is back in trouble after the 1-0 defeat at Marassi with Sampdoria.

After beating Milan at San Siro, Gattuso’s Napoli also went to the Olimpico 2-0 and three points behind Roma in the race for a Champions League place. The Azzurri dominated the first half and took the lead in the 27th with a free-kick from Mertens that surprised Pau Lopez at the far post. Seven minutes later the Belgian striker signs the doubling: inclusion of Politano who first turns it to Mertens, header and 0-2.

Juve may have said goodbye to the dream of the tenth consecutive Scudetto: after the draw in the first leg, Pippo Inzaghi made another trip to his former team by conquering the Stadium 1-0. The turning point in the 69th: Arthur misses a horizontal pass and Gaich with his right beats Szczesny at the near post.

Important success for Lazio, who beat Udinese 1-0 at the Dacia Arena and remain in the running for the Champions League. Biancocelesti masters of the field in the first half and ahead in the 37th with Marusic on Luis Alberto’s veil. Atalanta redeemed the elimination in the Champions League with a very precious victory on the Verona field: in goal, Malinovsky on a penalty in the 33rd and Zapata in the 43rd. Sampdoria returns to win by beating Torino 1-0, which remains fourth from bottom. Candreva scores at the 26th.

Milan does not give up

Milan reacts in the best way to the exclusion from the Europa League and the internal knockout with Napoli and wins the Franchi 3-2. Opening the scoring was Ibrahimovic, Calhanoglu’s winning goal in the final. In between the goals of Pulgar (on a free kick) and Ribery for the momentary overtaking of Fiorentina and that of Diaz who had returned the parity.