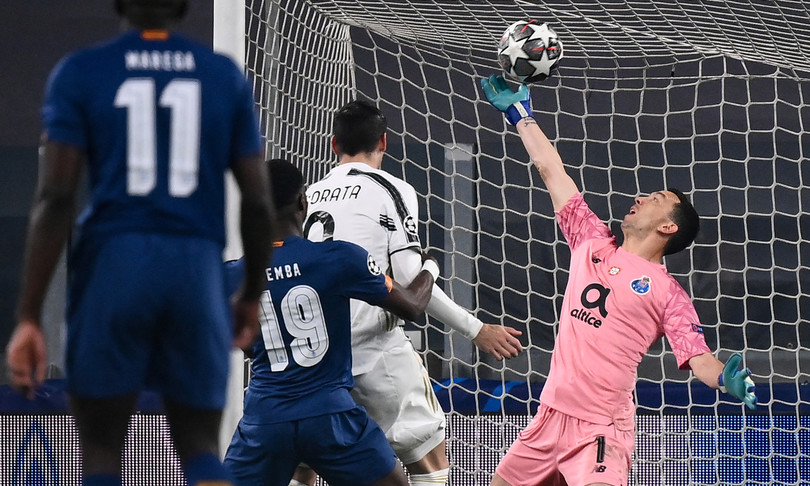 Time.news – Juventus beat Porto 3-2 at home in extra time and were eliminated in the round of 16 of the Champions League.

The extra time was fatal despite the 3-2 victory, which rewards the Lusitanians given the extra goal scored away (the first leg ended 2-1).

The brace of a super church, the goal from Rabiot and over an hour of numerical superiority are not enough: the dragons are led by a sumptuous performance by Oliveira, author of the two goals that are worth the biancoblu quarter-finals.

Sprint race start on both sides, with the bianconeri who immediately close the lead with a header from Morata, providentially saved by Marchesin, on the opposite side instead Taremi is first walled up by Bonucci, then on the same rejected splinter the intersection of the poles with a pumpkin.

At 18 ‘comes the episode that unlocks the match: Demiral intervenes too impetuously on Taremi in the penalty area, the referee whistles the penalty and Oliveira displaces Szczesny for the Portuguese advantage.

Juve tries to react and on 27 ‘would have a great chance to restore balance, but Morata shoots at Marchesin after a nice cross from Cuadrado. The hope of Pirlo’s team responds to the name of Federico Chiesa, who after the goal of the first leg also achieves the beautiful 1-1 that puts Juventus back in the running at the beginning of the second half.

Then Taremi thinks about it with a madness (double yellow in two minutes) to change the fate of the match leaving Porto outnumbered. The bianconeri believe it and in the 64th minute they find the 2-1 again with Chiesa, very good at getting in and hitting the head on Cuadrado’s cross.

Then in the final the forcing leads to a goal canceled by Morata and a sensational crossbar hit by Cuadrado, but it is not enough to avoid extra time.

In the extra-time everything happens, especially in the second: at 115 ‘Oliveira scores the 2-2 on a free-kick which seems to definitively cut Juventus’s legs, but just a minute later Rabiot reopens the discussion by scoring the Juventus 3-2. The final desperate assaults are not successful and Porto fly to the quarter-finals.