Kat Graham, the star of the series The Vampire Diaries: “I dream of a house in Florence” 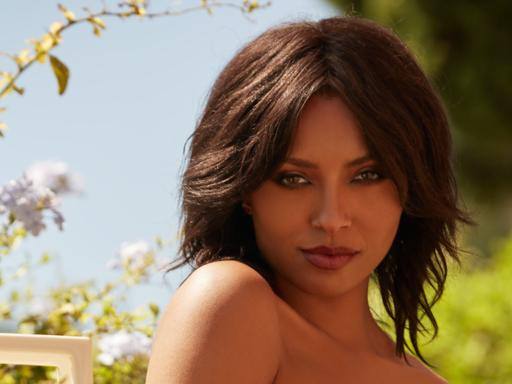 In the whirlwind of Cannes Film Festival, between projections, discussions, photographers’ flashes, red carpets, parties and all that glittering hullabaloo that has always made the most famous festival in the world unique, it may happen to come across those who, despite being on the Croisette, do not stop thinking about Italy and in Florence, whose charm continues to bewitch, especially the Americans. This is how we met Kat Graham, the contagious thirty-year-old actress, singer, dancer and model, famous all over the world for having interpreted Bonnie Bennett in the TV series The Vampire Diaries, these days at the festival. Graham lives in Atlanta, but she is a globetrotter, also for family reasons (her father, a Liberian, worked for the United Nations in Switzerland, where she was born, and her mother is a Jew of Russian and Polish descent), and has transformed his constant movement from one place to another into an explosion of generous positivity.

Mostly when he talks about Florence, which, he tells us, “I love madness”. “The first time I came to Florence was about a couple of years ago, in September 2019, before the pandemic – he says – for work reasons, I had to do a photo shoot (for Glamor Italia, between the Basilica of San Miniato and Piazzale Michelangelo), then a few months later I made another one at the Carrara marble quarries (for a LuisaViaRoma project with Adidas Originals). The impact with the city was wonderful. Of course for its history and its culture, but I find that Florence is also a very spiritual place. Next time I would like to spend a little more time there, because I know it is a very creative and passionate city. His past is important, of course, but I would like, for example, to see what young artists are doing, what projects they are working on, I would like to go to their workshops and ateliers, get to know their life, their families. It is they, with their mind, their dexterity, creativity who “make” the city, and not vice versa. After all, I often come to Italy, in a couple of months I will be in Verona to shoot a new film produced by Netflix. I never thought of living in another country before, but now among my future projects there is the desire to buy me a house in Italy. Maybe right in Florence. My mother, at 71, is already learning Italian. I think Florence is a bit of a symbol of Italy and of being Italian. You are a people I know very well, also because my fashion team is made up entirely of Italians ».

What Kat Graham finds special about us explains very clearly: «For me, family, food, joy and the energy that you have in doing things are very important. Being born in Geneva, Switzerland, I have in mind what it means to have an organized life. Italians are also perfectionists, but they are freer. Here, the sense of freedom is what distinguishes you. In addition, I learned from you to be patient, to have faith in what I do, even at times to stop and reflect. During the pandemic we were all confined and we tried to avoid contact with others, while I saw the videos of the Florentines and the Italians all singing together from the balconies, from the terraces, from the courtyards. Despite everything we were together … That’s Italy! For us Americans, accustomed to individualism, it was a good lesson on what it means to live not only for oneself, but also for others ».

And it is precisely to others that Kat Graham tries to devote as much time as possible. She has been on the front line for the defense of women for years, she is a volunteer for the missions of the international refugee agency and has always had a particular penchant for environmental issues. But above all the defense of those who are still seen today as “different” has heart: “Unfortunately, I have always had to deal with racism, discrimination and anti-Semitism. I am a woman, black, raised by a Jewish mother, I have never felt completely “American”. I have always been out of place, in short … This has had consequences especially in terms of emotional insecurities. But then, as I grew up, I realized that I had the power to represent this “diversity”, transforming it into positive energy. One of my best friends is a transgender person, and many of the people I love most are “different”. But we must all stop just complaining and join forces. To change the things out there one must first be aware of oneself. It is our behavior towards ourselves and towards others that defines us, and is the only one capable of generating love and compassion. Having this attitude is much more useful than criticizing. It is for this reason that I fight for LGBTQ rights, for refugees and for the least of society ».