Kirchnerism in the phase of non-compliance 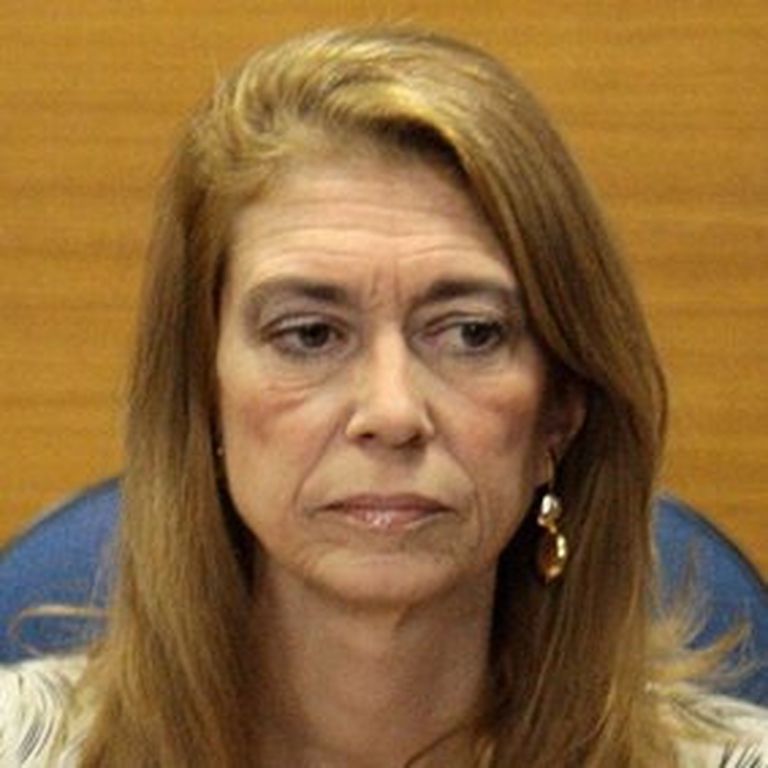 As Débora Giorgi reviewed the increases and quoted the report, the executives of the laboratories entered a state of restrained exaltation. “Ah, if that’s the source …” reasoned someone in the room. It was dusk the day before yesterday at the Ministry of Health, and the meeting was proceeding in respectful but tense terms. They didn’t even agree on the numbers. With data from the Center for Pharmaceutical Professionals, Giorgi supported the position of Roberto Feletti, Secretary of Commerce, who had come up with the idea of ​​a generalized freeze for medicines. The discussion, which lasted two hours, divided in two the guest table of a silent hostess, Carla Vizzotti, who was simply watching the scene.

The businessmen let the most loquacious, Eduardo Macchiavello and Eduardo Franciosi speak, of the Industrial Chamber of Argentine Pharmaceutical Laboratories (Cilfa), and they agreed to analyze the issue. Yesterday, after meeting in the morning, they finally agreed to revoke the prices to November 1 and maintain them until January 7, as requested by the Government. They are not entirely satisfied: they took it more as a gesture or as the lesser evil. Feletti had not even considered the initial offer of the industry, discounts of 30% for the population without health coverage, but accepted some changes. It attenuated, for the time being, the cut – it returns to the prices of November 1 and not October 1, as it intended – and granted the laboratories a prerogative that leaves several points of the agreement within the scope of opinion : cases of products that may distort business profitability can be discussed.

“It is not freezing,” clarified one of the sector’s referents. Words matter. Probably because endless debates are coming. Unlike what happened with the food industry, which had to submit to a resolution, everything will be done this time by word of mouth. Feletti was respectful. He said that he understood everyone’s situation, but that he needed to give people a solution. “Align the policy of income with that of prices,” he redefined.

Entrepreneurs had entered with the hope to convince him, even celebrating that the meeting place was the Ministry of Health and not the Secretary of Commerce. A matter of affinity: 24 hours before, after the cabinet meeting led by Juan Manzur, the officials of the Vizzotti area had shown a greater empathy with them and, even, in a low voice, even said that what Feletti was looking for was “A title” in the middle of the campaign. But the minister’s voice faded away.

Although the measure is significantly looser than that of food, laboratories believe that yielded. “It’s going to hurt,” they say. In reality, everything will depend on the exceptions accepted by the Government. If there is one thing that drug manufacturers know how to discuss around the world, it is the fine print. The verdict will depend on these negotiations on whether Alberto Fernández has understood the motives of an industry that in general always remains outside of price controls or if, on the contrary, he has decided to break a good relationship that has been coming since the campaign.

Son Minor disturbances in relation to complaints from other branches of the establishment. Two food manufacturers, for example, have abandoned not only any attempt to modify the products included in the lists, but also the idea of ​​sitting down to talk with representatives of supermarkets, whom they see too careful to avoid fights with the government. So much resignation is also part of a certainty: nothing that has been agreed can be final with an election ahead. Who knows which Argentina and which officials come after November 14?

This uncertainty it actually obliges the entire establishment to be prudent. Generally more intuitive, some trade unionists have decided to anticipate future tensions. “Los Gordos”, for example, beaten for having supported Alberto Fernández before the primaries, offered Pablo Moyano a place in the CGT. The trucker says he hadn’t been so flattered by his peers in a long time. The day after tomorrow it will also be decided who could accompany him and Rodolfo Daer at the headquarters, something that should be formalized on Thursday. There are those who have already resolved to leave Antonio Caló out and try to attenuate, at the same time, the claims of Luis Barrionuevo.

Unionism discounts that it will enter another stage. With the Government and with companies. “Pablo is much more firm in all the claims,” ​​his father, Hugo Moyano, told AM 990 radio the day before yesterday, who in any case considers it “very important” for the CGT to be united. He is 78 years old and perhaps less energetic than in other times. He has not yet decided, for example, if he is going to stand in the elections in Independiente on December 19. “There were like ten applicants. I said I was going to continue and they all deleted. And now that it is coming back that I am not going to make the decision, a few were written down. I say that I am going to introduce myself, they all begin to erase; I say that I am in doubt, all the revolutionaries appear back ”, he added. He will wait for what happens with two possible lists: that of the journalist Fabián Doman, director of Edenor, backed by the macrista mayor Néstor Grindetti (Lanús) and the owners of the distributor –Mauricio Filiberti, Daniel Vila and José Luis Manzano–, and another headed by businessman Daniel Grinbank.

What comes in Independiente is not easy. Those who support Doman say they already have amounts to cover debts and liens. Six million dollars are required for January. The Moyano also feel that the fans have not valued enough a management that started in the B and included two championships and the improvement of the stadium.

Maybe there are too many fronts of conflict. They already began to have them in a more evident way with Máximo Kirchner, who they reproach him for not having given them places on the lists, but the letter that Hugo sent on the 4th of last month to Alberto Fernández actually shows discomfort with all the space. “We have been very supportive, we have collaborated with the Government in everything it asked us to do, we financially support transport like no one else, we had an oriental patience with officials who, out of ignorance or laziness, bypass us or ignore us. We will not wait any longer. We demand that once and for all, our demands be listened to and addressed accordingly to those who have the public charge of managing the general welfare, ”says the text, which he signed as secretary general of the Federation of Automotive Freight Transport and published Letter P.

As if, more than benefits, the relationship with Kirchnerism would have begun to report costs to the union front and breaches. “Nestor was not like that,” recalled a nostalgic leader. The claims are quite similar to those of the pharmaceutical industry, probably because they start from the same thing: a bet that went wrong. Argentina has long been prone to disappointment.