On July 4, 2021, Santiago de Chile was the scene of a democratic, transcendental act that is unique in two centuries of the history of the Chilean Republic. This Sunday saw the establishment of the first popularly elected constitutional convention, which is tasked with drafting a new constitution. This historic event is the result of the social revolt of October 2019. Its immense scope managed to break through the anti-democratic barriers left by the Pinochet dictatorship, which for decades prevented the representation of the interests of the common good in politics.

The first day of the Constitutional Convention therefore began at the place of its origin: on the streets. Based on various rallies, demonstrations led to the conference location. The pictures of the day were therefore symbolic: the streets in which the popular uprising had taken place were again occupied by thousands of people. The social movements of feminists, environmentalists: inside, representatives: inside from the regions, representatives: inside indigenous peoples and left-wing militants showed up and set out to inaugurate a political space they had conquered, to end Pinochet’s constitution and in the legal order to reorganize the social-ecological questions, some also call it class questions.

The day was also really historic because the popular and democratic character of the process started in Chile was revealed in a series of symbolic moments. It heralded a new understanding of politics, democracy and the sovereignty of the peoples.

“Greetings, brothers and sisters, all persons, all Chileans: within”. One picture went around the world: Elisa Loncón, a Mapuche woman who took office as President of the Constitutional Convention. At her side is Francisca Linconao, a former political prisoner and a respected Mapuche spiritual authority. Both stand at the head of the assembly of all the peoples of Chile, the Mapuche flag high.

This picture condenses the process we are currently experiencing like no other. Just a few years ago it was unthinkable that a woman from the Mapuche people, persecuted by the Chilean state and despised by the oligarchy, but also by large sections of the population, would head the country’s most important representative body. Your choice and the great support in Chilean society for it is a sign that it is possible to write a new story in which the historically neglected sectors, well represented by the Mapuche people, play a leading role.

The election of Elisa Loncón is therefore an expression of a profound change in Chilean society towards the Mapuche people. This also has to do with the fact that intelligence operations by the police that systematically tried to criminalize the Mapuche fight became known.

In addition, there were cases such as the murder of the young parishioner Camilo Catrillanca, which shook the country and triggered a wave of solidarity. Currently, the Mapuche people are widely recognized as an icon of resistance and dignity and are considered a reference for the other peoples who inhabit Chile. For the youth who took to the streets of the country in the revolt of October 2019, they were a symbol of their new beginnings. They proudly waved the Mapuche flag in every corner of Chile.

Elisa Loncón’s candidacy was announced on June 21 this year at the Wüñoy Tripantu Festival as a political gesture by the Mapuche people. While the Frente Amplio supported her candidacy in the last few weeks and voted for her in the first ballot, Loncón received the support of the Lista del Pueblo, the Communist Party, the parliamentary group of the Socialist Party Congress and most of the independent MPs in the following ballot. The election of the 58-year-old – an indigenous peoples rights activist and academic at the University of Santiago – was a good start for the indigenous people. With their election it became clear that a majority of the convention would speak out clearly in favor of the proclamation of Chile as a plurinational state. This is one of the main demands of the indigenous peoples. It requires a two-thirds majority in the Convention.

Cracks in the old order

If the election of Elisa Loncón overcame old divisions, further lines of conflict emerged right at the beginning of the inauguration ceremony. The national anthem started playing at 10 a.m. Not only the indigenous representatives refused to take part because it was an insult to the indigenous people. As soon as the ceremony went on, whistles and slogans penetrated the room. They were directed against the police presence at the door. The ceremony had to be interrupted again. MPs left the room and joined the protests: “Stop the oppression! Put an end to the repression! ”Shouted from outside.

The leader of the meeting was asked to interrupt the convention until the police presence had ended. Within minutes, the solemn act of inauguration turned into a protest meeting. This naturally met with the outrage of the right and the amazement of the progressive but morally committed groups. It was only after noon that the police were able to enforce the withdrawal and continue the ceremony.

This was the first show of force by a large number of those gathered who emerged from the movements. They refused the norms of “good education”, which also includes the complicity of the elites with police repression. That was so politically important because they showed their willingness to disrupt instead of submitting to a delegitimized political culture.

The day, which was already long and intense, nevertheless culminated in three other important gestures. Elisa Loncón, President of the Constitutional Convention, addressed the entire assembly and called for a minute’s silence for the dead in the struggles for justice. In her speech, she recalled the deaths of the genocide perpetrated on the indigenous peoples during the establishment of the nation state, those murdered and disappeared under the military dictatorship and the deaths of the popular uprising of 2019.

What was she telling you? If the foundation of the Chilean state at the end of the 19th century was based on the oppression of the Mapuche people and if the neoliberal Chile was based on the smashing of the Unidad Popular, then the new Chile, which arose from the social uprising, which in turn left many dead, Injured and cost prisoners, the memory of these struggles are preserved and based on justice and reparation.

After the solemn minute of silence, Elisa Loncón and the lawyer Jaime Bassa, her deputy, announced that the first item on the next day’s agenda would be the preparation of a declaration calling for the freedom of the political prisoners of the popular uprising who were still in prison. The day ended with a proposal for feminist rules drawn up by activists from various groups. A choir of MPs sang between dances and applause: “Down with the patriarchy that is about to fall. High feminism, which will win! ”- a modified slogan from days of dictatorship.

We know that we are still at the very beginning and that there is a long way to go. But the images left by the first day of the Constitutional Convention feed our confidence. As Elisa Loncón said in her speech, the confidence that it is possible to change Chile: “This dream is a dream of our ancestors. That dream is now coming true. It is possible, sisters and brothers, compañeras and compañeros, to found this Chile anew. “ 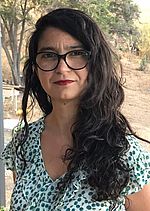 * Pierina Ferretti is a Chilean sociologist. She regularly publishes essays and analyzes on current political issues and is a member of the “Nodo XXI” foundation, a forum for anti-neoliberal, feminist and democratic left.

After the publication of torture in a prison...

“This is the reason why Prashant Kishore did...

TASS: the founder of the hacker group The...

Nanni Moretti: “Is Berlusconi at the Quirinale divisive?...

Hard morning: A worker is crushed to death...

The mask refuser stays away from the process...

Family frozen to death at the border |...

Parents from Ashdod were arrested on suspicion of...