Lawrence Ferlinghetti dies, the poet of the Beat generation passes away at the age of 101 – time.news 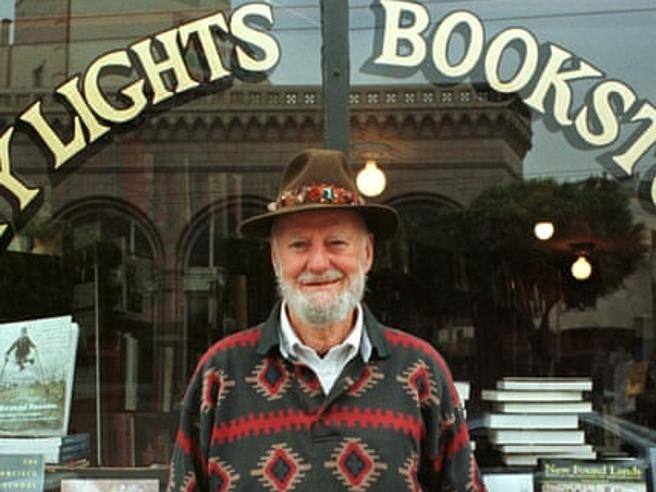 Little Boy Gone: Lawrence Ferlinghetti, the bad boy of the Beat Generation – poet, painter, counterculture entrepreneur who discovered Jack Kerouac and published The Scream by Allen Ginsberg defying censorship in a battle that changes America by expanding the boundaries of its freedom of expression – has spanned an entire century savoring the sweet taste of many freedoms and experiencing planetary and personal tragedies. Always with the spirit of the child: the one who animated him throughout his life, the narrator of his latest book, Little Boy precisely, published in 2019, when it crossed the hundred years mark. He would have turned 102 on March 24th.

A multi-faceted character – protagonist of beat culture but with his own poetics different from that of the authors he launched as publisher and founder of City Lights, the San Francisco bookstore that was for decades the libertarian heart of the American West Coast – Ferlinghetti has always considered himself an atheist anarchist while continuing to cultivate a his personal religiosity. As when, in his verses, he imagines a Paradise without the suffocating surveillance of the guardian angels. We asked him about his relationship with the afterlife when we interviewed him two years ago, while he was blowing out a hundred candles. Religious I ?. And then he declined, in Italian, his catechism: Mangia bene. Laugh often. Love very much. Yet he said he was happy to have spent the last 70 years of his life in the city that has the name of a saint: Because an Italian city that brings me back to my roots right from the name and because San Francesco was a great anarchist philosopher.

California was the final landing place for a troubled youth: orphaned since childhood in New York (his father from Brescia, Carlo, died of a heart attack before his birth; his mother, Clemence Albertine, of Portuguese origin, even in an asylum), Lawrence was raised by his uncles and then by adoptive parents until his enrollment in the Navy on the eve of the Second World War.

Witness to the Normandy landings (who lived as a ship’s captain of escort) and, the following year, of the horrors of the atomic bomb in Nagasaki, where he arrived seven weeks after the explosion, Ferlinghetti studied at Columbia University after the war and then at the Sorbonne in Paris, where he absorbed a robust dose of European culture. Returning to America at the end of the 1940s, he was attracted, like so many others, by the race towards the West, towards the last frontier: Go West, young man and I too, like millions of others, started running towards that blindfolded siren.

Lawrence arrives in 1950 in a San Francisco that is still a big country more than a metropolis. The illusions of a prosperous and triumphant America soon fade and he begins parallel careers as a poet and culture manager. In 1953 he opened City Lights, two years later he founded the publishing house of the same name, in 1958 he published Coney Island of the mind, his masterpiece (one million copies sold, many for a collection of poems) with the child that Ferlinghetti never often has to be engaged in reconstructing, in his imagination, the first meeting between the parents he has never known, on a bumper cars at the Coney Island amusement park.

Meanwhile, he becomes friends with the writers of the Beat Generation, by William Burroughs to Allen Ginsberg, to Jack Kerouac who he describes as having returned disillusioned from a trip to Mexico on the road… which for sociologists becomes the symbolic story of the end of American innocence. Ferlinghetti their agent and the fighter who fights for their freedom. Publishing in the 1950s The Scream, Ginsberg’s psychedelic ballad, full of obscene phrases and situations, means defying censorship: Lawrence gets the check and that work will become the manifesto of the Beat Generation.

But Ferlinghetti was also a political activist, painter, animator of movements avant-garde like the post-futurist one of Fluxus which links it even more to Italy and to Francesco Conz’s Verona.

In recent years Lawrence, who told us to consider Pier Paolo Pasolini the greatest intellectual of the twentieth century, linked to another Italian, Mauro Aprile Zanetti, a Sicilian intellectual transplanted to California: a chief evangelist of artificial intelligence companies who dedicated themselves to Ferlinghetti and also became his eyes as the poet was losing his sight. Together with Ferlinghetti’s son, Lorenzo, Mauro remained close to him until the end: my elf, the poet said about him. An elf with wings on his feet, all heart and spring: that’s why it’s called April.

Two years ago, with his last anarchist energies, he told us to dream a mass occupation of the White House leading toimpeachment of President Trump. Instead it was Trump’s fans who occupied Congress. Who knows what he would have said. We are left with only the ending of his latest book: a cry of despair.