Leonardo Padura: “The solution is not always to leave Cuba; someone must stay and I am one of them” 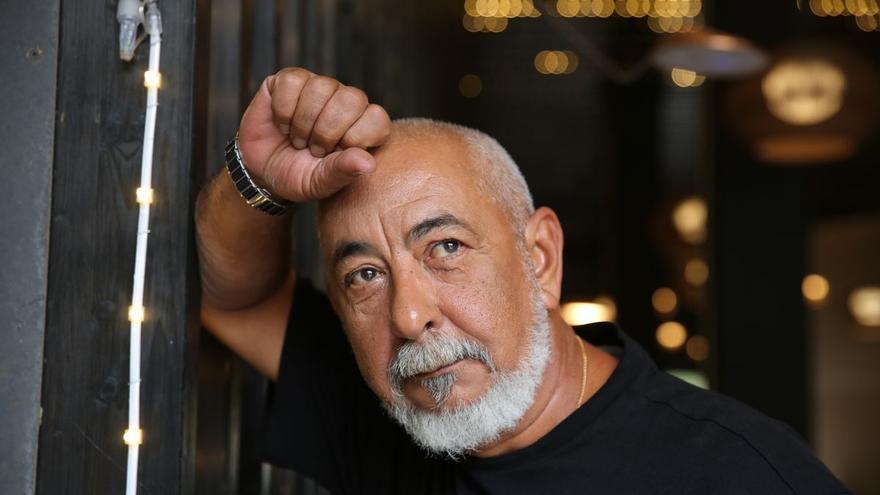 ‘decent people‘ (Tusquets) is, says an always generous in words Leonard Padura (Havana, 1955), are novel “more police and with more deaths and crimes”, at the same time “immersion in a sore Cuba” in two different times. Ninth and the most “disenchanted” adventure of his veteran ex-policeman Mario Conde, who here helps to solve the assassination of an old repressor of the Castro regime, is set in the effervescent Cuba of 2016 that receives the historic visits of the then US president, Barack Obama, and hosts the first Rolling Stones concert. While he survives selling second-hand books, Conde is writing one about a real character, the pimp Alberto Yarini, with whom the author of ‘The Man Who Loved Dogs’ and 2015 Princess of Asturias Award for Letters builds a second plot that takes place in 1910.

It makes a character sad to read history books because it shows him that we came from disaster and it reveals that, as a species, we are heading towards worse disasters and we have no solution. Does the most pessimistic or the most realistic Padura speak?

If you are realistic, you end up being pessimistic. I am extremely pessimistic regarding the future. Violence characterizes the history of humanity. Humanity, which has achieved remarkable things, such as a vaccine in just one year of the pandemic, is also capable of unfortunate things, such as manifestations of hatred and exhibitionism on social networks. How can something so good be used for such petty ends? I went to Brazil to see President Lula, with whom I am friends, in prison. He had on the table ’21 lessons for the 21st century’, from [Yuval Noah] Harari. He told me: ‘Did you read it, Padura? It’s amazing, how we don’t learn’. And Harari himself, who believed that the time of wars was over, had to admit that he was wrong about Ukraine. You see what happens with Taiwan, China and the US, that a trade war can turn into a military one… And fundamentalisms: look what happened to Salman Rushdie… In the future of the species, there are many alarming signs. But I think that in the end a certain capacity for resistance will appear, a way of living in crisis eternally. The big problem is that the political class can be very perverse and does not understand the danger.

Do you feel like a chronicler of your country?

Cuba is my obsession. I am very clear that I want to write in Cuba and about Cuba. The Cuban reality, due to the enormous number of economic, social and political problems we have, is highly dramatic. And from that reality, which affects so many people, come the dramas and conflicts that feed me as a writer. Especially with Mario Conde’s novels I have tried to Time.news contemporary Cuban life. His is a view of daily life in Havana that is also mine. I am a chronicler because of my commitment to Cuba.

To buy a chicken in Cuba you have to stand in line for six hours, and when it’s your turn the chicken may be finished

Why, after the visits of Obama and the Rolling, did the situation in Cuba not improve as they pointed out?

In 2016 there were great hopes that many things could change and thus improve the lives of Cubans. At that time, they did: money was moving, many people came, businesses were opened… but soon everything vanished. The government feared that that essential element of power, which is control, would get out of hand, and then Donald Trump came along and did them a favor with measures that favored the US blockade and embargo on Cuba. Then, the pandemic paralyzed tourism, on which the country’s economy depended. And in post-pandemic, we have a Biden that hasn’t changed too much regarding Cuba and a very poor economy in terms of productive, economic and financial capacity.

In Cuba, do you live or survive?

Everything has been aggravated by the reunification of currencies, which we Cubans call ‘monetary disorder’, which has caused a inflation of incalculable levels. And it has been complicated by the lack of electricity: we have had a summer of blackouts without a fan, the closest thing to a season in hell. Everything has led to a migration crisis. Many people are leaving, by any possible means, even by the ‘horror route’: going to Nicaragua, which does not require a visa, and from there to the US-Mexico border. We urgently need big changes so that there are big solutions.

How does it affect day to day?

To buy a chicken you may have to stand in line for six hours and when it’s your turn it may be over. The figure of the ‘colero’ has emerged, people who charge to stand in line and buy for you or who sell the product on the black market. Someone with a normal job doesn’t have six hours to stand in line. Is a desperate situation. You look at the refrigerator fearing that you will run out of food because you don’t know where you will get it.

What consequences can it bring that so many people leave Cuba?

Migration, exile, diaspora… is a phenomenon that accompanies the history of Cuba. Uprooting and loss of cultural references it has worsened since the 1990s. The best prepared people and young people are leaving, and this causes cultural and intellectual impoverishment. A year ago, 24 players went to Mexico for an under-23 baseball championship and less than half returned.

I have very strong personal reasons to stay in Cuba and creative needs. The solution is not always and for everyone is to leave. Someone has to stay and I am one of them.

In July of last year there were protests. Can you change something?

That was a scream that Cuban society gave, but the government’s response, with sentences of many years in prison for the protagonists of the protests, was a lesson for people to think twice before going out into the street. A demonstration will not change the government because no political alternatives have been allowed. we are in a tunnel, and the light at the end of the tunnel, the bulb, burned out. We see a dark and narrow panorama.

In ‘Decent People’, he created the character of Quevedo, a censor from the 1970s who enriched himself with the paintings he stole from those he retaliated against.

The Abominable Quevedo. He wanted him to be a very wicked, hateful guy. With him I allowed myself a poetic revenge by humiliating him and sullying him with mutilation and rape. It is the synthesis of various figures who led processes of repression against intellectuals such as José Lezama Lima or Virgilio Piñera, two of the great Cuban writers. They marginalized them and cut off their possibility of expression.

Did Padura suffer blows from that censorship?

I was a university student, but in 1983 they said I had ideological problems and, incredibly, they took me from a cultural magazine where I worked, which published 30,000 copies a month, to send me to a newspaper with 300,000 readers. But I suffered that fear, that censorship that when you complained about something, even if it was about the quality of the coffee, someone would come to you and say: ‘this is not the time’. But I am privileged, I have my publishing house in Spain, Tusquets, to which my texts go directly to be published, without passing through any censorship filter. Thanks to this I write what I need to write with the greatest freedom and independence possible.

In his books he does not hold his tongue.

My books can be considered as some of the most radical elements that have been written in Cuba during these years. But distribution and promotion are not my responsibility, they depend on Cuban cultural institutions and propaganda. That’s why I appear very little in the newspapers and on Cuban TV and the presentations of my books are not promoted.

But they are read in Cuba.

Yes. Just as there is a survival strategy to get chicken or eggs, there is a survival strategy to get the books. ‘Decent People’ was released on August 31st and a pirated copy was already circulating on September 1st. Economically it is a disaster, but culturally it is a satisfaction, because what interests me is that Cubans read them. In times of crisis, picaresque flourishes and despite the shortcomings, people are eager to go to the theater, see movies, exhibitions, read books… In the midst of so much pessimism, it is encouraging.

Like when in 2016 people went to the Rolling concert.

It was incredible that when those septuagenarians went to Cuba for the first time, people flocked to see them. For 50 years they have created beauty and the human being needs to consume beauty.

Conde wonders, who cares about being a decent person? Are morals and ethics disappearing?

My father used to say: ‘in that family they are very poor, but they are decent’. People should perceive that being decent implies being sincere, not harming others, having a good civil, ethical and moral attitude. Respecting that social code makes us not devour each other. Defending my rights is sacred as long as it doesn’t violate yours. Conde is decent, he needed him to be because he judges others a lot. And in this novel there are characters who want to be decent but the circumstances of life, which is very complicated, lead them to break their codes of decency.

It reveals to the reader the real figure of the not so decent Alberto Yarini, who could have become President of the Republic.

He was a pimp, a magnetic man from a Cuban aristocratic family, educated and with high political aspirations. We have seen such shameless guys become presidents that it would not have been unusual. In Peru, the last seven presidents have been tried for corruption… Look at Bolsonaro, Sarkozy, Trump and the secret reports… Being a politician and being at the forefront of the destinies of a state does not guarantee that you are decent.

It deals with prostitution in Cuba in 1910, the only way to survive for many women.

When writing about Yarini, it was clear to me that she should have a sympathetic, not compassionate, view of women who prostitute themselves. Cuba had come out of the War of Independence and the horrible Captain General Valeriano Weyler dictated a Reconcentration, advancing to the Nazi camps. Many men died, and many women, most of them housewives with children, found in prostitution the only way to live. And around prostitution there are drugs, gambling, violence… a world of perversion.

The film crew has confirmed that SJ Suriya will act in Varisu! — Webtunia
Posted onDecember 7, 2022

How do you do it .. How to measure a person’s height using an iPhone camera
Posted onDecember 7, 2022

know! Osteoarthritis in the elderly can be treated before it’s too late.
Posted onDecember 7, 2022
Menu