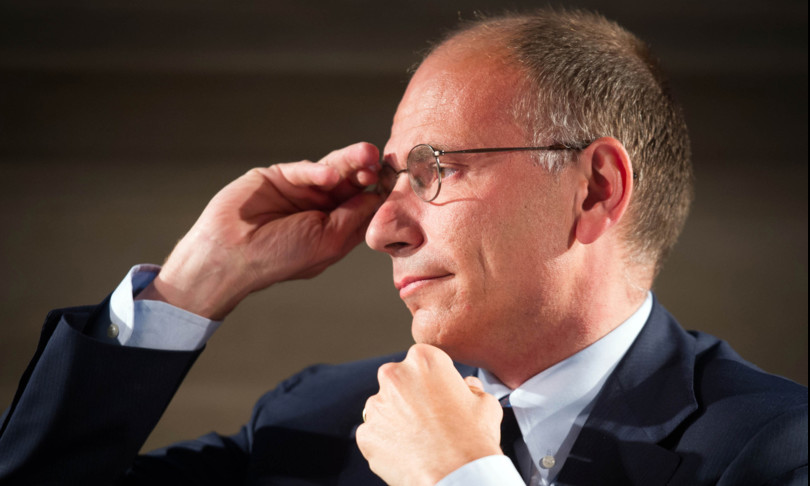 Time.news – Reopen the circles, open the party to young people and militants, look to the future of the Democratic Party by looking at the future of Italy. Enrico Letta unexpectedly visits the dem circle in Testaccio, a historic site close to home, on the eve of his election as secretary and asks the militants “what should I say tomorrow?”. It is the same club that, the day after the end of his government, Letta had visited and from which he was greeted by a “Grazie Enrico”, much more sad than the joyful “Daje Enri ‘” with which he was encouraged today. A visit immediately after spending the morning for the future secretary, a taste of that two-week consultation that Letta announced by accepting the candidacy to lead the dem.

It will not be a very long speech, the one that Letta will address tomorrow from 11.45 to the thousand delegates of the Pd assembly, gathered for the first time in streaming and who will be called to vote online. If the former premier returned to the Nazarene, it would be the first time after seven years since his last entry into the party headquarters. For Letta, the relationship with the Draghi government will obviously be central, which the Democratic Party will have to continue to support with ever greater commitment, while challenging the other majority forces on crucial issues for the main center-left party. A centrality that has sometimes been faded in recent months and which must instead be recovered starting from the concrete proposals that Letta intends to put in place immediately after the listening campaign in the clubs.

The world is changing rapidly, there is a new balance in Europe, more advanced than when Letta left Palazzo Chigi, there is a new US president who opens up again to multilateralism. But there are millions of more fragile people and the Democratic Party must speak to them, leaving the LTZ, the urban centers that remain the safe of votes for the party but to the detriment of the more peripheral areas of the cities and the country.

A fragility that emerged strongly during the pandemic, entire areas of society and the country experienced the health and economic crisis with greater difficulty. To the most vulnerable, Letta will explain, the dem must begin to give answers again, starting already now that the Democratic Party also supports the Draghi executive, but thinking about what Italy is imagined for the future. Thus combining rights and duties, equality of opportunity, between generations, between men and women, between north and south. As for the alliances, Letta will not deny the dialogue work done by Nicola Zingaretti. But first of all it will be the Democratic Party that will have to open up, dialoguing with the parties of the center-left, with the M5s, but always and in any case with an attitude of constructive challenge., without departing from its principles.

The Democratic Party must therefore be an instrument of growth for the country and must stop being turned in on itself, discussing only the roles of power. For this Letta he asked not to hide behind the unanimous facade, the comparison is welcome, the debate on policies, but on key words and in an atmosphere of truth in relationships and mutual respect. Letta will then announce that he wants to open the party to a new generation, also by dialoguing with existing realities that deal with concrete issues on the agenda, engaging in the territory of the country.

Voting operations will begin immediately after his speech e around 13.30 there will be the proclamation. From the following day, with his head down, the consultation of the circles will begin, then the reorganization of the party and the definition of the new guiding ideas for a party that wants to look forward, but “together”, explained Letta, accepting the candidacy.