Linken in a meeting with his Qatari counterpart: “Concerned about the situation in Judea and Samaria and Gaza” 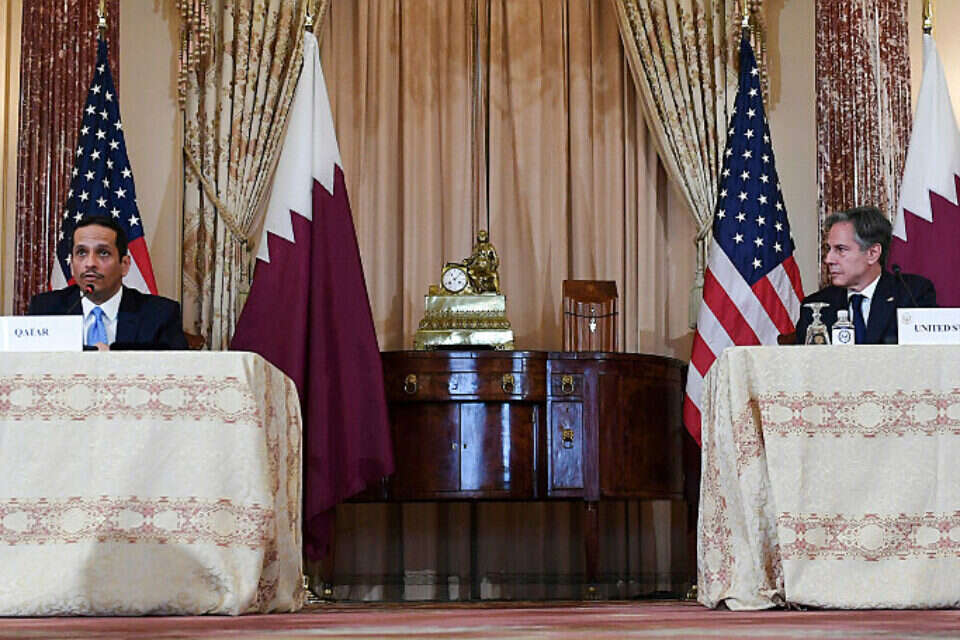 US Secretary of State Anthony Blinken met last night (Friday) with his Qatari counterpart Foreign Minister and Deputy Prime Minister Sheikh Muhammad al-Thani, as part of the joint strategic dialogue between the two countries. During the dialogue, the two expressed concern about the humanitarian situation in Judea and Samaria and the Gaza Strip, and Blinkan thanked his Qatari counterpart for the half-billion-dollar donation Qatar made to refugees. The two even expressed support for the two-state solution.

In addition to the Israeli-Palestinian conflict, the two addressed regional and international issues, including the 2022 World Cup, the conditions of employment of workers in the Gulf state criticized for its treatment of foreign workers, and the American withdrawal from Afghanistan.

As part of the dialogue, Qatar has pledged to help safeguard American interests in Afghanistan and provide asylum to at-risk individuals in the country.

The United States and Qatar are longtime allies, despite the United States’ traditional position on the side of Saudi Arabia in most conflicts, and the rivalry between the two Arab states. Qatar hosts the largest American base in the Middle East, which serves the Fifth Fleet.

Aliot or Bardella to replace Le Pen, what does it change for the RN?
Posted onAugust 12, 2022