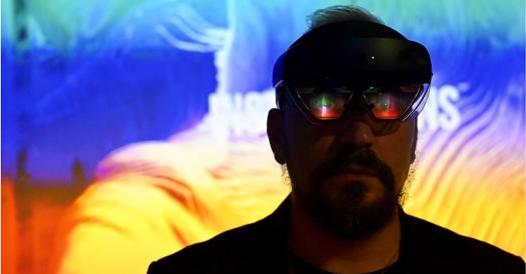 At the two days of Lucca on innovation and cultural heritage the prototypes made by Italian companies that allow a mixed use of the masterpieces, between real and virtual

Goggles are put on and the colossal appears in the room Hercules and Lichas by Antonio Canova. To embrace the three meters and thirty-five you have to raise your head: it almost touches the ceiling. But you can also walk around it, just as you would do at the National Gallery of Modern Art in Rome, where the sculpture is located. But here the Canova marble is not there: it is all virtual, indeed, in “mixed reality”, mixed reality, with glasses that insert the virtual into the real and not in an alienating, entirely digital environment. The prototype developed by the Italian Magister Art and Hevolus Innovation allows an application to the artistic assets of Microsoft HoloLens eyewear.

“They can be used in a museum, for example, to see, next to a real work, works by the same artist that are elsewhere”, explain Alessandra Costantini, creative director, and Jelena Jovanovic, head of Magister Art’s editorial strategy. organizing company interactive and integrated exhibitions, from Giotto to Raphael. «Scientific committees, directors, musicians work with us. If an exhibition does not have the works, it must be spectacular, but above all it must have scientific contents: the visitor must come out with knowledge, have learned thanks to technologies something that with the real visit he would not have been able to see ».

The prototype was presented in the «Immersive» section, the first international summit on these technologies in the artistic field, in Lubec, Lucca Beni Culturali, the two days dedicated to innovation in the cultural sector which ended on 8 October. Many small innovative Italian companies. With the applications for ARtGlass augmented reality glasses (which from Monza has expanded into the USA) you can observe a painting and you can see details on its restoration; an archaeological site and its original appearance can be seen. Stefano Fake (stage name), who with his Fake Factory organizes immersive exhibitions on the greats of art, from Klimt to Van Gogh, tells us: «The starting point was: can you go to see Caravaggio without a painting? The answer was yes: this type of exhibition generates amazement, interest, involvement. The artist’s idea is by no means betrayed and people feel part of the work ».


Many other themes of the two days. “Lubec has been for 17 years a laboratory of reflections that become concrete proposals”, underline Gaetano Scognamiglio, president of Promo Pa, the organizing foundation, and Francesca Velani, director of the event. “This year, for example, the need has emerged to support the design of the works of the Borghi Plan, but also that of a reimbursement of the costs of the dossier for the finalists candidates for the capital of Culture”. The comparison on the NRP was between public and private subjects. “Sustainable projects with a high impact are needed: foundations, with their speed of intervention and internal skills, make themselves available to the public”, explains Francesco Profumo, president of Acri, Association of Foundations and Savings Banks, and president of the Compagnia Foundation of San Paolo. While Luigi Abete, president of Aicc, Association of Cultural and Creative Enterprises, launches a proposal: «A single VAT rate for all cultural products. It would create a positive simplification effect ». In the end, the Lubec 2021 recognition went to Alba Donati, for his project of the small bookshop «Sopra lapen» in the Apennine village of Lucignana.