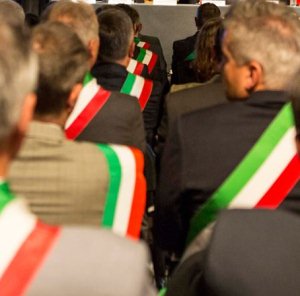 AOSTA. The idea of ​​lightening the parameters of the distance meter for the activities of game rooms and slots does not like the mayors of the Aosta Valley. The examination of the assembly of the CPEL on the provisions included in the omnibus law, currently being examined by the council commissions, thus ends with a negative opinion regarding the changes to the regional law against gambling addiction.

Approved in 2015 and acclaimed because it intervened to counter the rampant phenomenon of gambling, and after some changes aimed at speeding up its entry into force, the proposal included in the regional council’s bill provides for the removal of ATMs from the list of ” sensitive places “in which gambling activities cannot be opened in the vicinity. The other modification, even more contested, applies the 500-meter limit only to public cultural, recreational, sports, health and social welfare facilities.

Negative opinion from the mayors

The mayors had played an important role in drafting the law as early as 2015. “This legislative change – highlights the political head of CPEL, Alex Micheletto -, in addition to identifying a distinction between public and private structures, would lead to a change again, for the sixth over the last two and a half years, the provisions on gambling addiction, creating further tasks for the Municipalities. In fact, the administrations would find themselves having to approve the municipal regulations again, to correct the sensitive points identified on the appropriate regional map and to modify the list of sensitive places approved following previous regulatory changes “.

Micheletto again: “Regarding the opportunity to put a hand again, in the sense of greater permissiveness, on a law that has seen the Municipalities at the forefront of its definition over time, on the proposal of the mayor of Nus Camillo Rosset” local authorities “agreed to express a negative evaluation on this specific point”.

The opposition was expressed “in the awareness of a possible amendment that would remove this article from the examination of the next Regional Council”.

Granada appeals the choice of A Corua as the headquarters of the Aesia
Posted onFebruary 4, 2023
Menu