Luna Rossa between satisfaction and regrets, “too many mistakes” 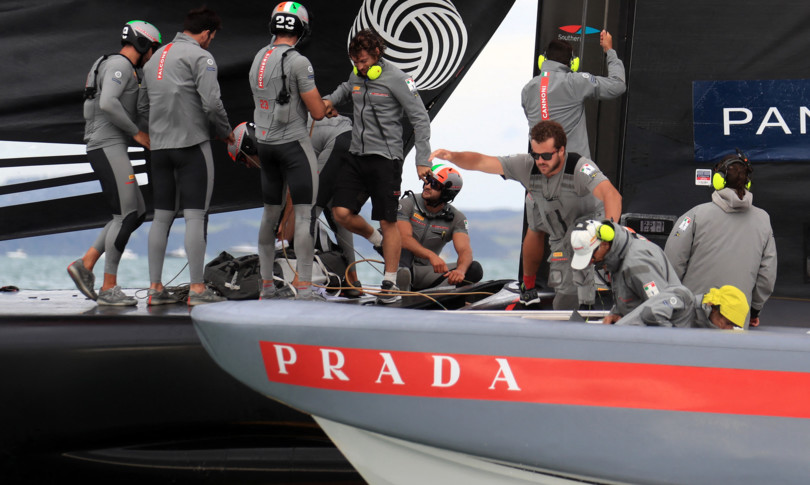 Time.news – Satisfaction with the confirmation that Luna Rossa is competitive but also regret for the mistakes of the second race that cost the defeat: the crew of the Italian boat makes a chiaroscuro assessment of the second day of the America’s Cup, at the end of which the challenge with New Zealand remained tied, at 2-2.

The determination of Max Sirena

The most severe was skipper Max Sirena: “We have to do better !!”, he tweeted before going to sleep, “head down, so many mistakes today by all of us, mistakes that we must not and can afford !! from lesson to return to the water tomorrow stronger !!! Never give up !! “.

“The day is very positive, it still ends with a point each”, is the analysis of the helmsman of Luna Rossa, Francesco Bruni, “we sailed very well in the first regatta, with a convincing start, while in the second we had a decent start. it did not allow us to stay on the starboard tack edge. We also made some errors in the maneuver that did not allow us to keep the match open. However the day is interesting, I can’t wait to look at the data to understand how we can improve “.

“We are 2-2, the boats performed well. It was a good day for both of us. Let’s see what happens next.
on Saturday “, co-helmsman James Spithill echoed. In the second race” the start went in their favor and this has a great impact “, the Australian pointed out,” we were unable to go to the right side, then we made a small mistake. But I am satisfied with the performance. For sure the start counts a lot, the boats are very similar in different wind conditions, but we will have to test them further in the water “.

Tuke is the perfect regatta

On the New Zealand front there is confidence above all for the clear victory in the second challenge: “It was a perfect regatta, we took advantage of the start and we
conducted the regatta “, commented Blair Tuke, Flight controller from New Zealand,” the boat also went well in the first race, but in the second it was certainly better. Being in the front is better, we had a free field and then we controlled the advantage. Very important point and victory “.