The network is buzzing around Yes’s new commercial, in which she stars Noa Kirel Alongside Lunai, a Latin singer who seems to be a true double of the singer’s mythological ex – Margie.

Worth it or not?

Many surfers are angry at Kirl, claiming that her use of the relationship with Margie is cynical. They claim Margie remains heartbroken after the breakup, and the singer is now taking advantage of that to create a media buzz. 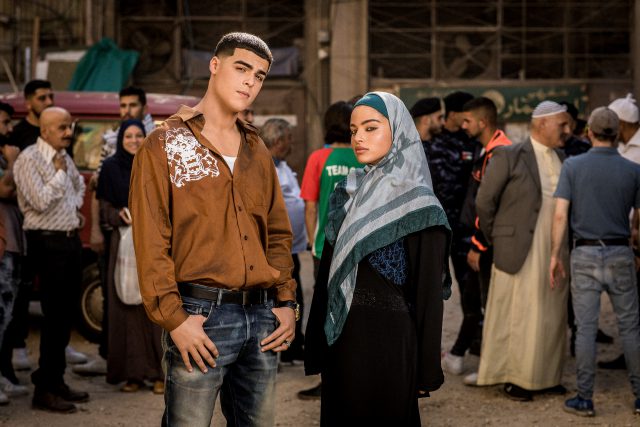 Noa Kirl and the double of Margie in the filming of the Yes commercial (Photo: Ohad Romano)

Shortly after the well-publicized breakup, Margie was seen crying at his show, singing a song he claimed to have written about Noa.

In the new commercial, Kiral sings: “Tired of you and does not want another episode with you,” and a host of other lines that are not particularly flattering to Margie, or to a relationship that the two of them had.

Today Margie was photographed for Castro’s new campaign, for which he has been using this presenter for several seasons. Although he was supposed to be interviewed by the various media outlets that came to the filming, his managers decided that Noa Kirl’s commercial was too burdensome for him, and canceled the interviews.

Despite avoiding the interviews, Margie decided to respond in his own way. The singer uploaded a story to his Instagram account and wrote: “In our life, everyone makes their choices, and at the end of the day we have to stand in front of the mirror and look ourselves in the eyes, and say – am I proud of myself and the way I do?”

“I will always choose well, I will always respect and cherish my loved ones past and present,” Margie wrote, when it is clear when he talks about the past, he is referring to Exit Kirl. 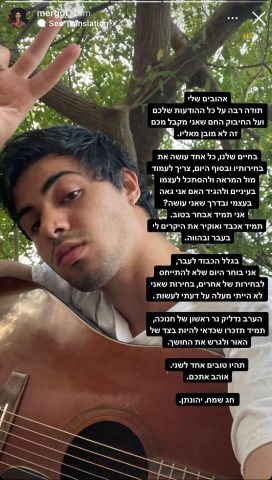 “Because of the respect for the past, I choose today not to relate to the choices of others, choices I would not have thought of making.”

“Tonight we will light the first candle of Hanukkah. Always remember that you should be on the side of the light and banish the darkness.”