Marriage crisis for De Luigi and Anita Caprioli in the miniseries Sky- time.news 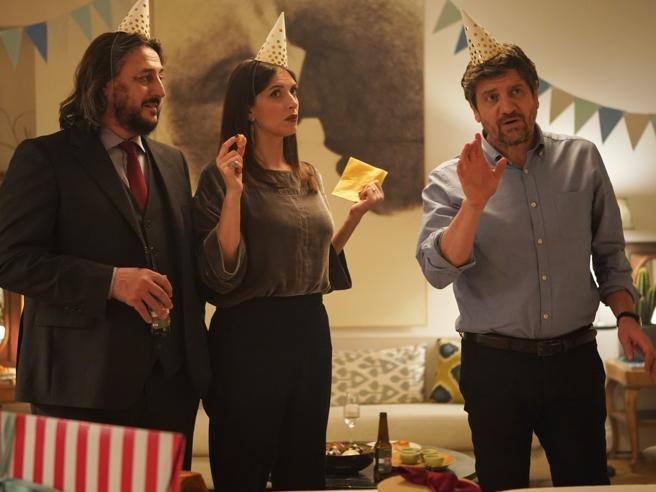 On September 13 and 20, the 2-part miniseries «Give me back my wife». The actor and comedian plays a husband determined to win back the wife who left him in the lurch

What happens to us when we hear “I don’t love you anymore”? Give me back my wife
, a new miniseries in two episodes (today and September 20 on Sky Serie) directed by Alessandro Genovesi, try to answer this question. “Everyone has happened to leave or be left behind, they are simple feelings that can be extremely tragic and infinitely comical. It all depends on the point of view with which we live them, on how we look at them »says the director who for the role of the protagonist Giovanni wanted Fabio De Luigi next to him once again.

“We had this desire to do something original together, and this series had all the right characteristics – explains De Luigi -. It tells of a husband trying to win back his wife, who suddenly left him. Suddenly from his point of view ». The relationship between Giovanni and his wife Chiara, played by Anita Caprioli, has in fact been worn out for some time. But it seems that only she notices it: «Chiara finds herself in a moment in her life that is a bit tiring – says the actress -. It is something that can happen when you reach that age where you try to take stock and understand if you are happy or not ».

“Give me back my wife”
, first Sky Original production, is an adaptation of the British sitcom «I Want My Wife Back
“. The cast also includes Diego Abatantuono and Carla Signoris in the role of De Luigi’s in-laws, who adds: “In Give me back my wife
situations are told that become interesting precisely because a sort of identification is triggered, because they happened to us or because we have seen them in others ». “We need romantic comedies, done with grace and elegance,” concludes Signoris.