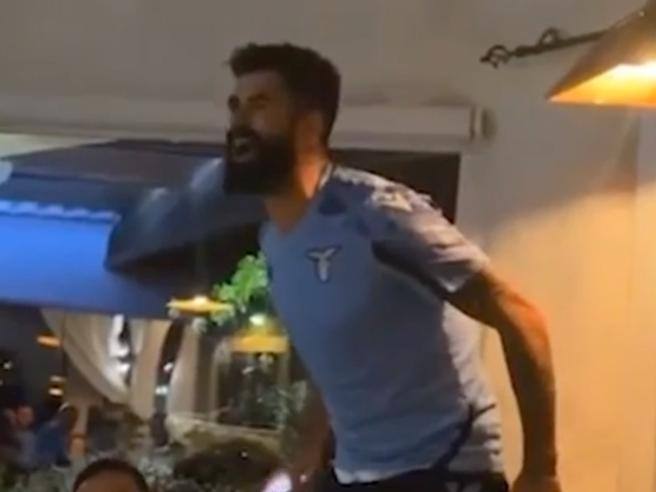 The defender, just arrived from Naples, sang the popular song of the partisans who fought for the liberation of Italy from fascism

There will never be an end to indecency. He knows something about it Elseid Hysaj, landed at Lazio this summer from Napoli. He arrived on a free transfer and in the biancoceleste he found his former coach, Maurizio Sarri. The defender was targeted, even very heavily, by the Biancocelesti fans.

All because of a video shot by Luis Alberto (at the center of controversy due to the delay in retirement and his alleged desire to change the air) who films his teammate as he undergoes the most classic goliardic ritual. What everyone does: get up on a chair and sing a song. In short, a sort of initiation rite. So far, nothing strange. Only that Hysaj sang «Bella Ciao», popular song of the partisans who fought for the liberation of Italy from fascism. Hence the protests of the Lazio fansi.

The fringe of the opposing political faction thus lashed out at the newcomer: “If I had sung the Rome anthem, it would have been better,” writes one user. “But do you know you’re not in Livorno?” Another. Up to even heavier insults: “Maybe everything breaks”, “Better to play 10”. And again: “How did you arrive, you can leave.”

Of course, not all Biancocelesti fans took part in this mess. There are those who have dissociated themselves: “Lazio and fascism are not synonymous”. Among other things, Hysaj had sung the refrain inspired by the famous cult series “The paper house” and was even forced to explain it. Not expecting all these insults on social media.