Men and Women, Andrea Nicole tells herself exclusively: “Don’t call me ‘transgender’, it thwarts my path” 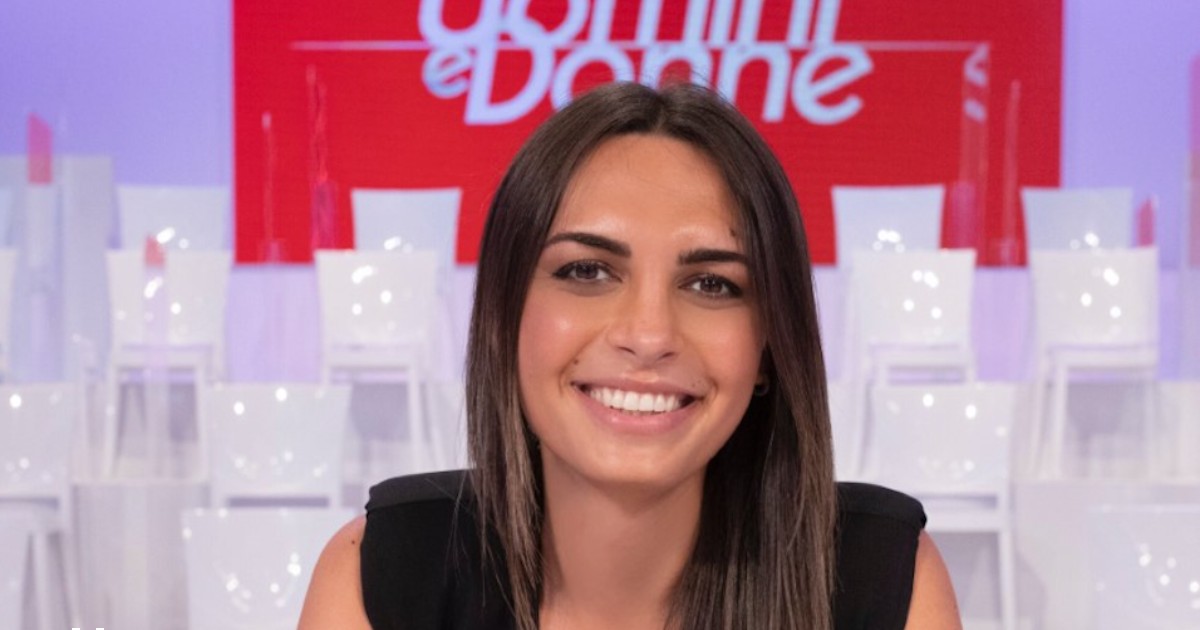 “I’m Andrea Nicole, I’m 29 years old. I’m from Milano and for the past ten years I have worked as a clerk in a clothing store ”, a presentation in the full style of the program. For the first time in the history of Men and women, the date show of Maria De Filippi that every afternoon glues three million viewers to the screen, a woman who was previously a man will sit on the throne. “I’m very excited, it’s been a busy day,” she adds exclusively to the microphones of FQMagazine for the FattoQuotidiano.it a few minutes after the conclusion of the first registration.

From 13 September it will be in Men and Women, why are you participating?
“For years I have run away from love, I have always felt unsuitable, inferior to other women. Maybe not enough for the person who was by my side. This sense of helplessness with respect to my inadequacy has always made me flee before I had to, I decided to participate in order to defeat my fears. By telling my story, I will immediately understand the reaction of those in front of me. “

How did they react in your previous relationships?
“There were those who welcomed them, others fled from one day to the next. Mine is an important story, I don’t judge anyone. I know it may not be easy to be by my side. “

When did you start not feeling comfortable in Andrea’s shoes?
“In reality, I have always expressed the need to belong to the female sex since I was a child, I remember playing with my cousin at the princesses with my grandmother’s clothes. In the years that followed, I had to hide this need, I had to do it for protection. In middle school I knew the nastiness, up until that moment my house was a bubble. I was the person to be targeted, I had to repress who I was in public. But I knew what I wanted to be, what I wanted to see in the mirror. “

How did you experience your transition?
“It was the best time of my life, I always had a look that mirrored my femininity with very soft features. When I started the transition I was also happy because the others could see Andrea, this time as a female name. At home, I initially disguised the changes. “

How did your family react?
“For them it was a shock, an understandable reaction. When your 15-year-old son tells you he wants to change sex, the trauma sets in, it wasn’t much discussed at the time. I gave them time to metabolize, get informed, think about it. At 18 I officially started the journey and they saw how my life, my mood was changing. They realized it was the right choice for me. “

Are they happy with your participation in Men and Women?
“They didn’t jump for joy, we are a very private family. They fear for me the impact of this media exposure, the wickedness that no parent would want for their child. “

Some call her throne transgender, in fact her transition has already taken place.
“I have seen wrong headlines in my opinion. Transgender defines a person who is in transition, I completed my journey eight years ago. For eight years also for the Italian law I am a woman, on my document it says female sex. Transgender throne is tempting but it somehow nullifies my path, I have not done this path to be defined all transgender life. It would be like not recognizing a goal that I have achieved, it was not easy and it did not take little. “

She added Nicole to her name but chose to keep Andrea.
“I’ve always been this, I didn’t recognize myself for what I saw in the mirror and not for the person I am. It has always been me: Andrea is me. And that’s the name my brother chose when my mother was pregnant. “

When did you meet Maria De Filippi what did he say to you?
“For me De Filippi was unattainable, it was strange but very pleasant. I immediately felt at home, she was amazed by the way I tell my story, as natural as possible. It’s my life, I don’t like to hide anything. “

The presence of the cameras could stiffen suitors.
“At first I was worried about not being called to go downstairs or out of the studio after my story. After all it is also a way to see people’s reactions, it is somehow a natural selection: if a person is not interested after listening to my story, he goes away and we go on. This helps me. “

The first recording was a blind date, how did it go?
“The reactions weren’t that bad, it went well. I got to look at the guys in the studio, I didn’t notice prying eyes. I just want to make myself known. “

Are you afraid of criticism or, unfortunately, there is a risk of homophobic attacks?
“I know it can happen but I care relatively, it’s nothing different than what I faced when I was twelve. If I survived then I can do it now, I have more experience on my shoulders. I am a normal woman who is facing a path like other colleagues. “

His presence has also aroused political reactions. While the Zan bill is blocked in Parliament, does his throne in the afternoon of Canale 5 end up being a more effective political act in the media?
“I don’t know if it is, I don’t do politics, I have no ulterior motives. But I think that television can help open the minds of many people who may be just ‘afraid’ of something they don’t know. This would be a step forward. Why hide a slice of humanity? I had followed the gay throne exactly like another throne, nothing different. A smart choice. “

What man are you looking for?
“I’m looking for an understanding, intelligent man, a man who knows how to look beyond.”

What do Andrea Nicole foresee for the next few months?
“I will be happy if this path ends positively. If I had to find what I came here for: a man capable of accompanying me. “

The district of Harz wants to buy a fire-fighting plane
Posted onSeptember 25, 2022

The case of the Yemeni children: the DNA results reveal that there was no abduction
Posted onSeptember 25, 2022
Menu