Merkel to the test of history. The new book by Paolo Valentino- time.news 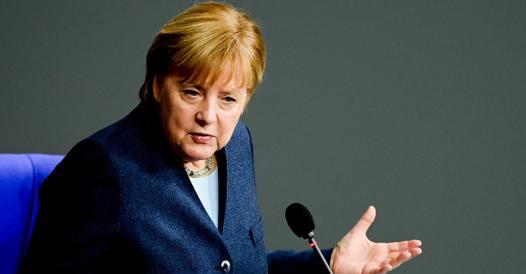 The essay (Marsilio) on the chancellor that marked an era for Germany and Europe is published on 26 August. His qualities: patience, courage and a lot of pragmatism, perhaps too much

“Pay attention to the girl.” We discover that the then Chancellor Helmut Kohl wrote this sentence, in green marker, inviting the Christian-Democratic leaders to keep an eye on Angela Merkel, whom he had just appointed minister in reunified Germany. She was young, she came from the East: she had sensed her talent but – evidently – underestimated her. She thought that high-ranking CDU officials, all male and from the West, should direct her. «Come on, let’s not exaggerate, let’s leave the church in the middle of the village: the Germans have clearly said who they want to lead the country. Only I can give life to a stable government ». These words were instead spoken live on TV, on the evening of September 18, 2005, by Gerhard Schröder. We reread them now and we feel like smiling: in a few seconds he gave Frau Merkel – he had turned to her like this, bold, convinced that he had beaten her and could close her in the corner of inexperience – the sympathy of the entire nation.

On November 22, Doktor Angela Dorothea Merkel, graduated in physics and specializing in quantum chemistry, educated in the GDR, would have been sworn in as chancellor in the Parliament building redesigned by Norman Foster. Almost 16 years and four terms have passed since then. Time to define an era Merkel’s age. This is the title of the book (Marsilio) that Paolo Valentino, correspondent of the “Corriere della Sera” from Berlin, wrote going up and down the river of what happened from the beginning in 1990 – in another century and world – up to this last one. bitter season at times. Of each public passage and some personal ones, the author juxtaposes the scene to the backstage, the official speeches to the memorable (and little-known) jokes of a captain who is careful to check every word – as those who grew up in a high regime do forever. surveillance – but capable of “blunt humor” and incredibly good at imitations of fellow summits. Valentino traces the main dates, the sequence of Morning situations, the morning point at the chancellery, bilateral dinners, Italian holidays, evenings at the Opera. Those who are afraid of being in their hands a paludal essay on Merkel’s legacy can immediately abandon themselves to a compelling reading, full of surprises, of doors that open wide onto a theory of rooms crowded with leaders (beautiful last evening with Barack Obama at the Hotel Adlon, in front of the Brandenburg Gate) and ordinary people (unmissable the private visit of the Merkels to Cristoforo Iacono, the former master del Miramare where the couple used to go down to Ischia, finished in casatiello and pastiera).

Not an essay, not a biography, this book – the author anticipates in the prologue – “it is the attempt to tell the season in power of a woman, who became an adult behind the Iron Curtain, who with perseverance and tenacity, adaptability and hardness, discretion and courage, has marked as no one another a decisive trait of German and European history ». There is only one question that leads to the epilogue from these lines: how will Angela Merkel be remembered after September 22, the date of the next elections? She – to whom the appellation of has often been associated Mom, mother of the nation – will she sit in the tribune of the fathers of the fatherland? Alongside Konrad Adenauer and Willy Brandt, the chancellors of the foundation (the first for the West binding, the location in the West of the country that emerged from the Second World War, the second for the Ostpolitik, reconciliation with the East), and Helmut Kohl, the chancellor of reunification?

In Merkel’s age you will find out the answers of Joschka Fischer, leader of the Grünen and Foreign Minister in the government led by the Social Democrat Schröder, and Wolfgang Schäuble, former Minister of the Interior and Finance and eternal severe heart of the CDU (frank and profound, these two conversations alone are worth the entire reading) . Fischer is sharp, thinks that Merkel – although generous in some critical moments – has not finally found the combination to enter history. Schäuble hides in a joke that mixes admiration and distancing: the chancellor, says to Valentino, “has a game theory approach to politics, which is why she really likes to negotiate (…), she has always taken her interlocutors out of weariness “. At the end of his journey, the author – who has treasured judgments, images, anecdotes – admits how “difficult it is to immortalize Angela Merkel’s legacy and fix it in a definitive concept”. Because even his most distinctive choices have “an element of incompleteness”: as if his strength “had a dark side, linked to a pragmatism that never manages to fly”.

But the beauty of this book – almost a political novel – is that the ending remains open: readers will come to freely get an idea of ​​what the meaning of the Merkel age is. And they will arrive in a whisker after passing through those crowded rooms: the second thoughts on the liberal agenda and interventionism in Iraq, the exit from nuclear power after Fukushima, the Greek crisis managed with too much damage and slowness, the momentum of the «We make it“(We do it) that led Berlin to welcome a million Syrian refugees, but paved the way for the far right, the sublime resistance to the assaults of Trump (who came to yell at them on the phone” you are stupid! “), The reforms who – along with her example – are helping Germany to become a country for women. Until the pandemic that pushed it towards the most daring turning point: the mutualization of debt in the European Union.

All this, for foreign policy enthusiasts, enriched by a parallel story interwoven with gems: little big revelations “behind the scenes” and exclusive dialogues with many protagonists of international diplomacy. As proof that Paolo Valentino – in his correspondent career also from Brussels, Moscow, Washington – has been able to cultivate an unparalleled talent for relationships at all levels. You will find the voice of former Italian premieres (and Berlusconi’s sumptuous gifts all stored in the Slave kammer, the storage room on the third floor of the chancellery), the intellectual honesty of Alexis Tsipras, the screams of Matteo Renzi the night Athens was about to be put out of the eurozone, the friendship of instinct with Bush and head with Obama, the complex but uninterrupted relationship with the inseparable enemy Vladimir Putin and that of mutual admiration – without concessions – with Mario Draghi, president of the European Central Bank and then head of the Italian government.

Annette Schawan, a friend of Merkel’s as well as being Minister of Education, invites you to always remember where it came from the chancellor: from the Waldhof, Templin, the East German evangelical parish presided over by the father, a Lutheran pastor, an inclusive community for the able and disabled. The ethics of responsibility and Christian humanism hold the essence of its code, within / beyond global crises and personal oscillations. Politics as a service explains Angela Merkel’s “quiet strength”: without the shadow of a scandal, with the utmost humility. She herself explained her work as follows: «Sometimes it’s tiring but that’s what makes it exciting (…) what matters is that I think I’ve been up to the task so far». They asked her what she will do now. He replied that there hasn’t been time to think about it yet, he has been too busy.

The presentations of the book

The author presents the book on September 3 at the Viterbo Caffeina Festival; on 5 September in Taormina, at the Palazzo dei Duchi di Santo Stefano; on 12 September in Mestre at the Politics Festival; on the 13th in Rome at the Feltrinelli bookshop of the Alberto Sordi Gallery.

Back to work faster with memory training after the first psychosis
Posted onOctober 2, 2022