Merkel’s visit to Putin: Nord Stream 2 will not be the main topic | Russia and Russians: A View from Europe | DW

A few days ago, it seemed that perhaps the main topic of negotiations between Angela Merkel and Vladimir Putin on August 20 in Moscow could be the further fate of the actually completed Nord Stream 2 (SP-2) gas pipeline. Although the fact that the German Chancellor will fly to Kiev a day after his visit to the Kremlin, on August 22, suggests that she intends to discuss the settlement of the situation in Eastern Ukraine especially intensively in both capitals.

“Merkel is going to Russia after a 200% jump in gas prices,” read the headline of a message on the economic information portal finanz.ru. “Gazprom” turned “SP-2” into the last hope of the EU not to freeze in winter without gas, “the Federal News Agency FAN stated. Thus, two radically different Russian media in fact led readers to the same idea: the German Chancellor is flying to Moscow discuss with the Russian president the issue of increasing gas supplies – or even ask him about it.

However, the events in Afghanistan dramatically changed the agenda. Now they will become one of the central topics of the talks – along with the situation in Eastern Ukraine and Belarus, official representative of the FRG government Steffen Seibert said at a press conference in Berlin on Wednesday, August 18, at a press conference in Berlin. And also, according to him, the issue of maintaining gas transit through Ukraine is very important for the German Chancellor.

Such priorities of Merkel may surprise those in Russia who consider Nord Stream 2 a fateful project for Germany and the entire European Union. As well as those who have followed the aggravation of the situation on the European gas market in recent weeks.

The tense situation in the European gas market

It is as follows: “Nord Stream – 2” has been completed, but the terms and conditions of its commissioning are still unclear; gas prices on the European market have skyrocketed, but Gazprom is not increasing its transit supplies through Ukraine, Belarus and Poland; The Russian supplier fulfills its obligations to customers in the European Union, but for this it pumps out reserves from its gas storage facilities in the EU, as a result of which their filling level turned out to be at a record low before the autumn-winter heating season. 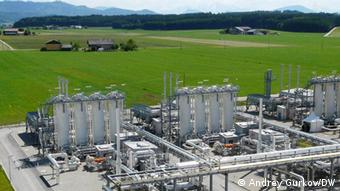 Four days before Merkel’s visit, on August 16, during the auction for September contracts, Gazprom again did not book additional capacities for pumping gas through Ukraine, moreover, this time it did not even request the volumes that it had bought in previous months. And this is against the background of the sharply reduced transit through Belarus and Poland via the Yamal-Europe pipeline after the fire that occurred on August 5 at one of the enterprises of the Russian concern in Novy Urengoy, which has not yet fully recovered.

READ Also:  Nord Stream 2: Pressure on Biden May Increase | News from Germany about events in the world | >

As a result, gas prices that have already grown so strongly this summer on the European market for fixed-term (spot) contracts jumped to new record levels and approached the level of $ 600 per thousand cubic meters (six months ago, in February, such a volume cost less than $ 200).

Lengthy procedure for issuing a permit to operate “SP-2”

In fact, this is why Gazprom arranged a shortage in European gas storage facilities and a rise in prices in Europe (against the background of high demand for liquefied gas in Asia), so that Moscow, by the time the construction of Nord Stream 2 is completed, could talk with the EU from a position of strength – and demand an early permission to operate two strings of the gas pipeline without any restrictions related to the EU’s Third Energy Package.

“Gas will continue to rise in price until Nord Stream 2 starts operating at full capacity and the problems with filling storage facilities will gradually come to naught,” expert Nikolai Pereslavsky unequivocally warns in an article by the state news agency RIA Novosti. 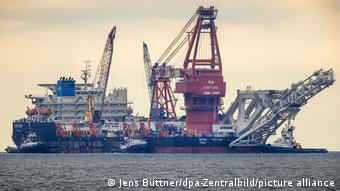 Pipelayer Fortuna to complete construction of Nord Stream 2 in August

However, the Kremlin cannot but understand that it makes no sense to put pressure on a guest from Berlin on this issue: she has already expressed her support for the project more than once, but the issuance of a permit for the operation of the gas pipeline (and even more so its technical certification) is not within the competence of the German Chancellor. and follows clearly defined legal procedures. Experts from the Berlin Foundation for Science and Policy (SWP) described them in detail in July.

So, the decision will first be made by the Federal Networks Agency of Germany (Bundesnetzagentur, BNetzA), then it will be submitted to the European Commission in Brussels, which will have two months to formulate its position, after which the agency will again have two months to make a final verdict and prepare all documents. “With such a time frame, the decision may be delayed until February 2022,” the SWP concludes.

True, the experts of this scientific institute do not exclude that Germany and the EU at the political level could somewhat speed up the commissioning of Nord Stream 2. However, Angela Merkel will not do this in the last weeks of her rule and in the subsequent period, when she will serve as Chancellor until the election of a new parliament. Moreover, it is not clear what position the next government coalition in Berlin will take on the highly controversial Russian gas pipeline. And its formation after the elections to the Bundestag on September 26 will most likely take one and a half to two months, but it may drag on for a longer period. 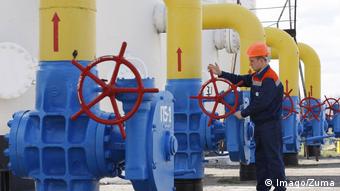 Angela Merkel, in turn, cannot help but understand that on August 20, she is unlikely to receive any guarantees of long-term preservation of Ukrainian transit from Vladimir Putin, who built Nord Stream 2 (and Turkish Stream) precisely in order to export Russian gas to Europe bypassing Ukraine.

So, during the talks between the German and Russian leaders in Moscow, the topic of Nord Stream 2 will be touched upon, but there is no need to wait for serious decisions or at least progress. Whether the discussion of other issues will turn out to be more productive, the final press conference of the two politicians will show.

“The fly”: Mel Brooks producer, Geena Davis’ (real) fear and the other 8 secrets of the film

Afghanistan, extraordinary G7. Stationeries at work for the transition

Teva is the only company that has not...

The Battery Market Report for the Railroad summarizes...