And the American company “Meta” – the owner of the application – said that users of smartphones running “iOS” and “Android” can now issue commands in the chat window to perform various tasks such as “notifying everyone in a chat group,” or “silently sending a message.” “ Without notifying other users.

And the company added in a statement yesterday, Tuesday, that users can also send GIFs and “ASCII” codes through the “Facebook Messenger” application.

And the messaging service revealed that it began implementing the new modifications, starting yesterday, on the “Android” and “iOS” systems. With the Shortcuts feature, users can now type “@everyone” or “@everyone” to send a notification to all users in the chat. The command can also be used to draw the attention of chat group members to a message that asks a question, or as a reminder of an old message.

Users can also use the shortcuts on the app to send messages to a user or group without notifying them, using the “silent” command. Messages sent using this command will not notify the user of the message, which can be useful when messaging friends in different time zones without disturbing them. Notably, this feature has been in place for its rival messaging service, Telegram, since 2019.

Meta said the new features are ideal for group reminders, meetings, or when a user asks an urgent question and needs a quick response right away. It should be noted that some features of Facebook Messenger that were announced earlier this year are not yet enabled for all users of the service.

In January, Meta announced an upgraded messaging experience for users in Secret Conversations, which uses end-to-end encryption (E2EE) for conversations. These features include screenshot alerts, emoji reactions, and a “Vanish” mode for all chats on the app.

When asked about the delay in introducing these features, an official at “Meta” said that the company is testing some of these features in order to stabilize their validity and the extent of benefit from them before publishing them in all regions.

Meanwhile, Meta plans to launch a new “Pay/” shortcut in the US, making it easier to send and receive money in individual Messenger conversations. The shortcut will be rolled out to iOS and Android users.

The American company will also introduce a “gif” shortcut that will allow users to quickly find and send GIF files, explaining that the feature will only be available to iOS users.

The launch of the new features comes with Messenger recently rolling out the “Split Payments” feature to all iOS and Android users in the United States. The company began testing the feature late last year as a way for users to share the cost of bills and expenses through the app.

The Split Payments feature was introduced alongside news that Messenger was releasing new voice message recording controls so that users could pause, preview, delete or continue recording a voice message before sending it. The company also increased the duration of voice messages from one minute to 30 minutes. 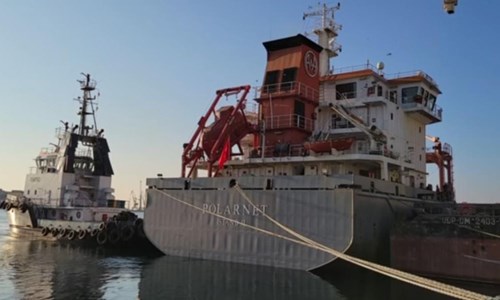