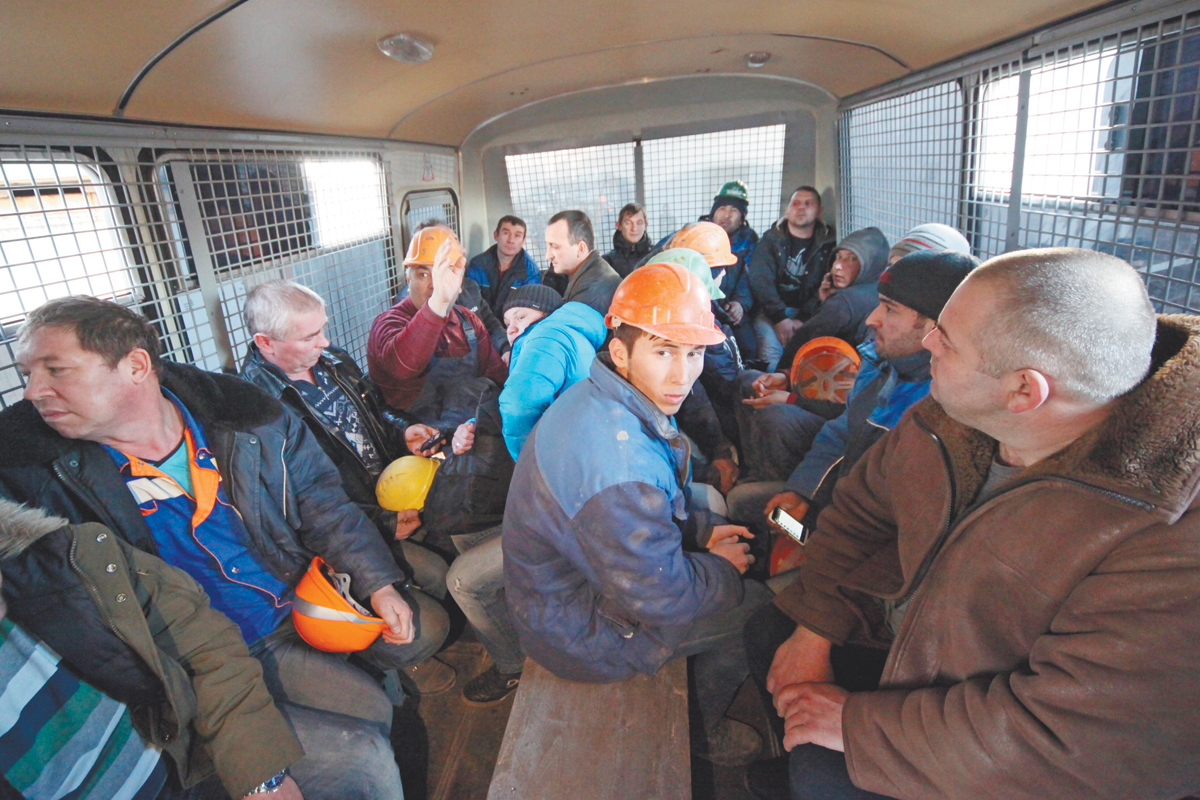 The opinions of the authorities and residents of Moscow about migrants always differ. The townsfolk are only glad that people of the “wrong nationality” have ceased to flicker so often in public transport, and the authorities are sounding the alarm – if there are no migrants, then the city is in dire need of labor! The mayor’s office cites specific figures: the capital now needs 200 thousand people to fill vacant jobs in the construction and housing sector. What vacancies are idle due to the lack of migrants, MK figured out.

In the first decade of September alone, more than a dozen job offers appeared on the popular job portal at the Zhilishchnik State Budgetary Institution in different districts of the city. They are looking for technicians (a salary of 35 thousand rubles), a foreman (61-65 thousand), a janitor (from 47,000 rubles), a hostel cleaner (22,800 rubles), a road worker (from 40,000). There are many such proposals, the level of income differs slightly depending on the region: for example, the labor of the foreman of the site in the Ryazan region for some reason is estimated at about 15% more expensive than in Tsaritsyn.

A lot of those vacancies of low qualifications and profitability, which have long been considered the prerogative of migrants from the former Soviet republics – they say, Muscovites will not go as cleaners for 22 thousand! – are now open. True, there is another opinion: a migrant is more expensive for the employer, but compensates for this by the exceptional quality of work.

“Due to the fact that he has a different approach to work, a migrant is more often preferable. Over the past two quarters, our prices have increased by almost 100%. At construction sites, they pay up to 100 thousand rubles, couriers and taxi drivers receive 60-80 thousand, ”said Vadim Kozhenov, President of the Federation of Migrants of Russia. The logic is simple: a migrant comes to Russia to work and earn money – and will work hard (unlike a Muscovite who hurries home to his favorite sofa).

Last winter, the deputy mayor of the capital, Vladimir Efimov, reported that the city is experiencing an acute shortage of labor in the person of migrants: especially in construction and housing and communal services.

“We hope that in the near future the restrictions on the entry of migrants into the country will be eased. Lack of labor resources leads to the fact that employers, primarily developers, outbid employees from each other, which increases the cost of their services, “- said Efimov. Now, according to him, the city lacks about 200 thousand labor migrants. These figures were confirmed by the mayor of Moscow, Sergei Sobyanin. The Moscow authorities do their best to support the measures being developed at the federal level to simplify the entry conditions for labor migrants to work in the construction industry.

However, construction and housing and communal services are not the only sectors where a shortage of migrants is immediately noticeable. Another area where changes and increases in the cost of services are evident is taxi. Over the past few years, Muscovites have become accustomed to literally penny fares, at which many could afford to ride, for example, from the metro to home – a couple of kilometers for 99 rubles! – even every day. When the pandemic began, this dumping ended: Muscovites again had to get used to the fact that a taxi is, albeit not a luxury, but still not an analogue of public transport.

– Lately, I often give up the idea of ​​calling a taxi when I see the prices. Here is the last example: from the Profsoyuznaya metro station to my house – 10 minutes by car, there is a bus, but it is not very convenient to stop, you have to go through the courtyards later, – says thirty-year-old Larisa. – I recently left the metro, opened an application: 420 rubles for this ten-minute trip! And then the bus pulled up, well, I got into it: okay, I think it’s not worth throwing money around like that, not the oligarch’s wife!

Experienced Muscovite taxi drivers remind: tariffs like 400-450 rubles just for the fact of getting into a car were relevant 7-10 years ago (though, taking into account inflation, there were other 400 rubles), just until migrants collapsed the market …

– Perhaps I am wrong, but it seems to me that this is correct: a taxi should not travel at the price of a minibus, it is against all laws of economics. However, our friends from the near abroad do great dumping, and often against all the rules. The three of them work on the same car, sleep 2-3 hours a day, violate not only the speed limit, but also safety rules. The result is a taxi for 150 rubles. No, it’s wrong. By the way, many clients pay attention: they say, after the start of the pandemic, there are more Russian people in taxis, – Vyacheslav Igorevich, a Moscow taxi driver with 20 years of experience, shared with MK.

Yuri Moskovsky, chairman of the Commission on Migration of the Council of Nationalities of the Moscow government, is more categorical: according to him, Russia will not be able to live without foreign migrants.

“We couldn’t do anything without them before, but just before there was the Soviet Union, a single state, and now our own people are“ foreigners ”. In fact, nothing has changed. In Moscow, foreigners make up 7–8% of the workforce. This is the sphere of catering, housing and communal services, construction … This is a lot of work that Russians, for some reason, do not want to undertake. Can we do without foreign citizens? We can, but it will be much worse for all of us, ”the media quoted Moskovsky as saying.

Meanwhile, migrants who are already working or are going to work in the capital are putting forward their conditions. According to the chairman of the labor union of migrant workers Renat Karimov, in today’s conditions it is necessary to increase the salaries of workers from other regions and states.

“The adapted migrants have learned the Russian language, learned the schemes of the Moscow metro, they look something like Muscovites. An employee, from whatever region of the Russian Federation or the republic of the CIS, comes from, should expect not only a comfortable hostel, but also a salary at the modern level. We think it should start from 70 thousand rubles, ”Karimov said.

There is another problem: public opinion. In the perception of many ordinary people, migrants are the cause of unrest, delinquency and other unpleasant phenomena. And, alas, it is not unreasonable. According to Moscow Mayor Sergei Sobyanin, recently 800 criminal cases have been initiated (involving migrants), about 200 people have been deported, 17.5 thousand are banned from entering the country. The latest example – at the end of August, a mass brawl took place on Baumanskaya Street, in which about 50 citizens of the CIS countries took part.

“This may seem excessive to some. But this will continue to be so. Moscow is a hospitable city. But be so kind as to behave when visiting, “Sobyanin said on the pages of his official blog.