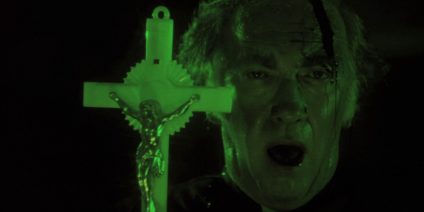 The Zeughaus-Kino in the German Historical Museum in Berlin delves deep into the strange and rarely performed filmography of Ulli Lommel, who started out as a Fassbinder man, films about Richard Hell (“Blank Generation”, 1980) and Daniel Küblböck (“Daniel der Magician ”, 2004) and ended up in the straight-to-video horror swamp at some point.

Despite a number of cucumbers (I had also discussed “Diamond of Horror” here with Klaus Kinski) there are also astonishing works in Lommel’s filmography, the most famous being “Tenderness of the Wolves”, which is close to the great mentor Rainer Werner Fassbinder in style and execution is applied.

Embedded media content was blocked here. A connection to the provider’s servers is established when loading or playing. Personal data can be communicated to the provider.

The one great commercial success of Ulli Lommel and an amazing contribution to the slasher genre. After Lommel became known as an actor in the Fassbinder circle in the 1970s and made his own Fassbinder film with “Tenderness of the Wolves”, he went to America, made the punk vérité film “Blank Generation” with Richard Hell and then in 1980 “The Boogey Man” was all about the horror craze of “Halloween” and “Friday the 13th”.
Lommel can be accused of a number of borrowings (at least “Halloween” is more than once an obvious model, from the soundtrack to the subjective camera), but over time he develops his horror film, which begins as a slasher, into a weird, independent contribution that emancipates itself from the genre and becomes more of a haunted house or ghost strip. That is certainly not exciting, but atmospherically dense and so closer to the Italian excursions of Fulci, Argento and Bava than to the well-timed American exhibits.
In addition, “The Boogey Man” achieves a weirdness quality that lets Lommel’s arthouse past shine through: Mumblegore before Mumblegore!

PS: The commercial success mentioned above was actually enormous – “The Boogey Man” grossed 25 million dollars according to Wikipedia, which is crazy for the conditions at the time. That is, for example, five times as much as “My Bloody Valentine” or “Maniac”, twice as much as “Prom Night”. I could well imagine that Lommel’s “The Boogey Man” was the third most successful slasher of the great era, behind “Halloween” (70 million) and “Friday the 13th” (59 million).

In the eternal tragedy, which fits well with Lommel’s career, he saw almost nothing of it – although director, author and producer – Wikipedia says:
„The film grossed approximately $25 million, though little of its significant income went to the filmmakers and performers, as the Jerry Gross Company, the film’s distributor, was in the midst of bankruptcy at the time of its release“ 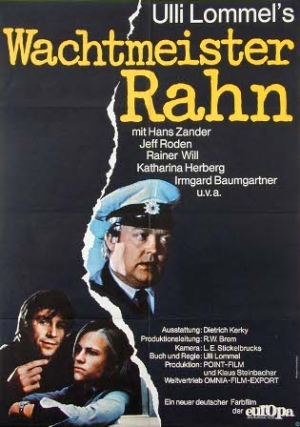 Before Ulli Lommel became a punk filmmaker and subsequently a Schlockmeister, he shot amazing character dramas in the 70s. For me, “The Tenderness of the Wolves” is always at least as much a Fassbinder film as a Lommel flick, but on the other hand it’s also a compliment enough that Lommel shoots like Fassbinder there.

In “Wachtmeister Rahn”, however, Lommel develops his film alone and makes a sad study of loneliness that disguises itself as a crime thriller.

Even if one or the other acting performance in the supporting roles is not enthusiastic, Hans Zander as sergeant Rahn is of a tear-filled sadness that takes away and convinces. In addition to Zander’s strong play in the lead role, Lommel’s script is particularly worthy of praise: it is cleverly written, tells a lot about a hidden queer life in the 70s and at the end increases the sadness that dominates the entire film to great tragedy.