On Thursday evening, from 20 thousand to 30 thousand people gathered in Tbilisi on Freedom Square, where a rally is being held demanding the release of the third president of Georgia, Mikhail Saakashvili. We recall that he was arrested on October 1 after returning home from Ukraine. The ex-president has been on hunger strike for more than ten days in the Rustavi prison near the Georgian capital.

The 2003 Rose Revolution began on this square. The opposition expected the rally to be a watershed event ahead of the second round of municipal elections scheduled for October 30. In the first round of mayoral elections in several key cities, including Tbilisi, Rustavi, Batumi, Poti, Kutaisi and Zugdidi, candidates from Saakashvili’s United National Movement (UNM) party entered the second round and have a real chance to defeat candidates from the ruling party. ” Georgian Dream ”(GM).

The main demand of the rally is the release of Mikhail Saakashvili, previously sentenced in absentia by a Tbilisi court to six years in prison for abuse of office. Prior to the rally, the former president addressed supporters and urged them to gather for the rally. “If I cannot help my country during my life, then maybe my death will illuminate its path,” said Mr. Saakashvili’s letter.

Preparations for the rally began on Thursday morning: convoys of cars with UNM supporters moved towards the capital from all regions of the country. On the way, they were met by opponents of Mikhail Saakashvili. They showered cars with rough curses and curses, and also threw brooms at them, recalling the “torture practice” in Georgian prisons under President Saakashvili.

Simultaneously with the advancement of opposition columns towards Tbilisi, special forces units of the Ministry of Internal Affairs surrounded administrative buildings, including the state chancellery (where the office of Prime Minister Irakli Garibashvili is located) and the parliament building.

However, one of the UNM leaders, candidate for mayor of Kutaisi Khatia Dekanoidze, who previously held the post of head of the National Police of Ukraine, told reporters in advance that the rally would be exclusively peaceful. According to her, the opposition is not planning to storm the administrative buildings.

As long as the rally is held peacefully, the police do not interfere in the development of events in any way. The presenter of the rally, former Minister of Justice Nika Gvaramia said that the main goal of the opposition movement is “the liberation of Georgia from the shackles of the Russian empire and the release of Putin’s personal prisoner (President of the Russian Federation – “ B ”) – the great President Mikheil Saakashvili ”. Let us remind you that the Georgian opposition constantly says that the founder of the “Georgian Dream” Bidzina Ivanishvili is allegedly closely connected with the Russian Federation.

More details about the arrest of the politician can be found in the material of Kommersant “Mikhail Saakashvili chose a conclusion.” 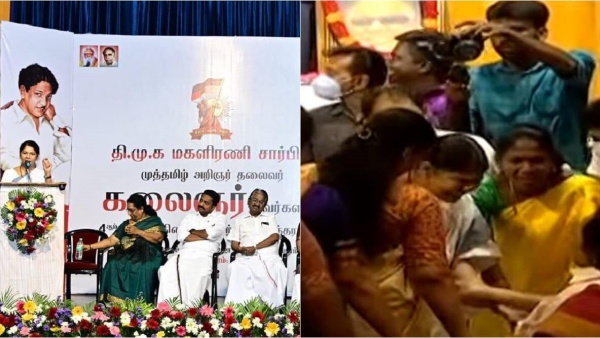