Moscow format. What the Taliban Agree with the Kremlin About | Russia and Russians: A View from Europe | DW 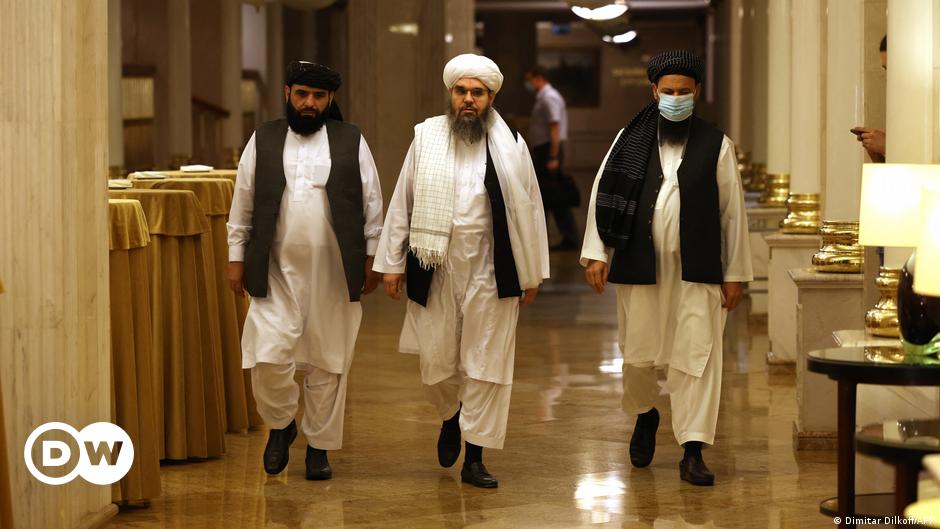 Going to Moscow these days, the Afghan Taliban follow the well-trodden path. The Russian Foreign Ministry received them three times this year – in January, March and July. Scheduled for Wednesday, October 20, the international conference, the so-called “Moscow format”, will be the first international meeting with the participation of the Taliban since they came to power in Kabul.

Expert: Russia followed in the footsteps of the United States

Moscow is now apparently benefiting from its contacts with the Taliban in recent years. The year 2016 is considered a turning point. Andrey Kazantsev, an expert on Afghanistan and chief researcher at IMI MGIMO, in an interview with DW named two reasons.

After the United States began active negotiations with the Taliban during the administration of President Donald Trump, Russia decided to follow the same path, Kazantsev said. “There was a second factor. Just by 2016, the problem of the Islamic State (IS) in Afghanistan and the concentration of groups of various kinds of international terrorists, of Central Asian, Caucasian origin, mainly associated with Al-Qaeda, in northern Afghanistan, was realized,” – that is, next to Central Asia, the expert notes.

On the streets of Kabul, October 2021

The fact that the Taliban is banned in Russia as a terrorist organization obviously did not interfere with contacts. “There was a precedent,” says Kazantsev. He recalled that Russia received Egyptian President Mohammed Morsi, although his “Muslim Brotherhood” is banned in Russia.

“In the West, the impression was that Russia was almost trying to get the Taliban in good stead,” said DW Wolfgang Richter, an expert at the Berlin Science and Politics Foundation (SWP). According to him, this is indicated by the fact that they were invited to Moscow again and again.

The central role in the negotiations is played by the Russian president’s special envoy for Afghanistan, Zamir Kabulov. The 67-year-old diplomat and former Russian ambassador to Afghanistan has developed an image of “almost a lawyer for the Taliban in the international arena,” according to one of the materials of the Carnegie Moscow Center. According to the author, for this Kabulov was disliked by the now former Afghan government. “We will have to improve relations with the new government in Afghanistan,” Kabulov said at the end of August on the Soloviev Live YouTube channel. …

Reproaches for supplying arms to the Taliban

One can only speculate about possible secret contacts. Washington has repeatedly accused Moscow of supplying arms to the Taliban. “The Russians have been selling small arms for 10 years, which created risks for the Americans,” said Mike Pompeo, then the then head of the US Department of State, in the summer of 2020. Moscow denied the charges. “The Taliban did have some kind of Russian weapon,” says Andrei Kazantsev, but he believes they could have got there from other regions, such as Tajikistan. 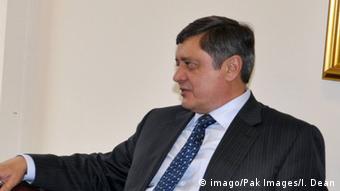 Also in 2020, the American media voiced even more serious accusations: allegedly Russia offered the Taliban a reward for killing the American military. Pompeo warned his Russian colleague Sergei Lavrov about this, The New York Times wrote. Officials in Washington then reacted with restraint. Kremlin spokesman Dmitry Peskov called the publications a “lie.” The new administration of President Joe Biden said in the spring that intelligence agencies assess the reliability of information at a “low to medium” level.

Russia was better prepared for the Taliban’s coming to power than the West, experts say. The Russian embassy in Kabul remains one of the few that continues to work. But Moscow is in no hurry to recognize the Taliban, wanting to wait, as they say in Moscow, how “civilized” the new authorities will behave. The head of the Federation Council Valentina Matvienko called women’s rights one of the possible conditions for recognition. 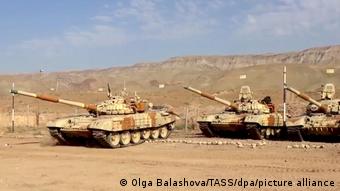 Meanwhile, Moscow is trying to coordinate its policy towards Afghanistan with the countries of the region, primarily with India and Pakistan. But the main focus is on the former Soviet republics in Central Asia. The influence of the Russian Federation in this region has grown in recent months. Moscow is connected with many countries through the CSTO; Tajikistan has the largest Russian military base abroad. Even before the fall of Kabul, Russia stepped up its show of force by conducting multinational exercises in the region. Hundreds of Russian military personnel, tanks and aircraft take part in them. Such exercises will take place on the Tajik-Afghan border during the days of the “Moscow format”. In addition, Russia supplied Tajikistan with weapons, including the BRDM-2 armored vehicles.

How to avoid the introduction of troops

Andrei Kazantsev calls this part of Moscow’s long-term strategy to create a “cordon sanitaire that would shield the post-Soviet countries from the Afghan problem.” It is with this that the expert connects the supply of weapons, the modernization of military bases and the development of the CSTO rapid reaction forces. According to him, this is due to fears that IS militants may get from Afghanistan to Central Asia, and from there – to the Russian Federation.

At the same time, Russia has repeatedly made it clear that it is not going to send troops to Afghanistan following the example of the USSR. President Vladimir Putin said this even when NATO was using Russian infrastructure to supply its contingent in Afghanistan, Kazantsev recalls. “If Russia does not want to fight in Afghanistan, then it is necessary to negotiate with the one who is the strongest there,” the expert says. … At the same time, “the Taliban is unconditionally not trusted in Russia,” the expert notes. As long as the situation remains unstable, observers say Moscow will rely on a combination of diplomacy and military deterrence.