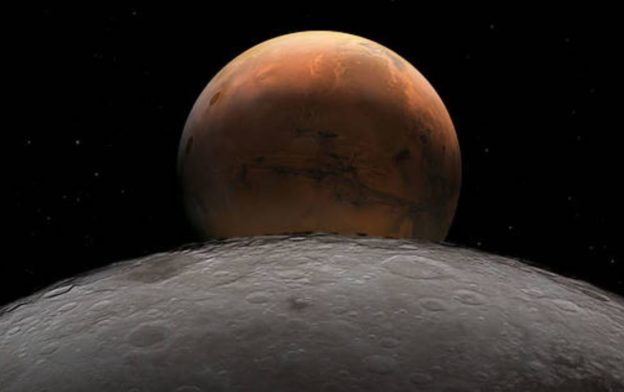 It may be decades before we send humans to Mars, but NASA has released an early draft of its plans to land on Mars, outlining how two astronauts will stay in orbit and the other two will ride in a heavyweight spacecraft. The 25-ton lander reaches the Martian surface and stays there for 30 days.

Sending humans to Mars is a big dream. NASA released a draft goal for landing on the moon and Mars on May 17. It set 50 exploration goals and divided them into four categories: transportation and habitation (12 items) , Moon and Mars Infrastructure (7 items), Operations (11 items), Science (20 items).

Before visiting Mars, humans have to conquer the nearer moon, so it is necessary to develop a system to allow the crew to regularly travel between lunar orbit and the lunar surface, and also develop a transportation system for the crew to travel from Earth-moon orbit to Mars orbit.

As we get closer to Mars, and then need fire energy to send crews and large cargo to the surface of Mars to perform entry, descent, landing (EDL) systems, etc., NASA said that initially 4 astronauts will participate in the mission, of which 2 will stay in The Mars orbiter, and the other two landed on Mars on a 25-ton lander that could be used as a resting place, and then returned to the orbiter a month later on another ascent vehicle that had arrived in advance for standby. Develop systems that can bring large numbers of scientific samples from the surface of Mars back to Earth.

Considering the cost and the psychological pressure of the crew, it is still feasible for the crew to stay on the surface of Mars for 30 days. NASA also said that the draft hopes to get more public feedback to help them fine-tune the 50 goals and support the human landing on the moon and the first Fire mission.

Until that day arrives, we must continue to focus on a lot of NASA’s advance work, such as the SLS rocket and the Artemis 1 mission to the moon, which is (probably) ready to launch this year, and the construction of the future lunar gateway.

(Source of the first image: NASA)