Nazriya Nazim Opens Up About Her Father, Mother And Brother’s Love | Even if he says he will not be tied up, he will be put together; So far he has not said I love you, Nazriya about loved ones

My mother says not to hug. If I put my arms around my mother after a difficult day or after hearing sad news, she will finally let go of that grip. My father would say no to birthday presents. But when I bring a box full of chocolates and a card with the birthday message on it, I can see Daddy’s face glowing. The father is still a child inside.

I’m never said I love you. But if I told him I had to finish cooking before he could clean the house, he would have cleaned the whole house before me. If I’m trying to open the lid of a jar or a bottle, he will tell me to open it. He would open it without even looking at one. Because many of you are silently in love. We love them. At the same time you can see around you if you look at the small and great love expressions. It’s very beautiful, ” Nazriya said in a post shared on social media.

There is no need to get married in secret; Nayanthara’s reaction to the news of her secret marriage

Actress and presenter Shilpa Bala says that Nazriya’s writing is very beautiful. Actor Vikram Prabhu and many others have come out in support of Nazriya’s writing. Although her mother, father and brother came to Nazriya’s writing, fans are asking what she did not say about her husband. Some people ask me if I came up with such a letter because I missed my family after I got married.

Actress Sushmita has fallen in love with 9 people so far; The romance started at the age of 24 but still continues to be single 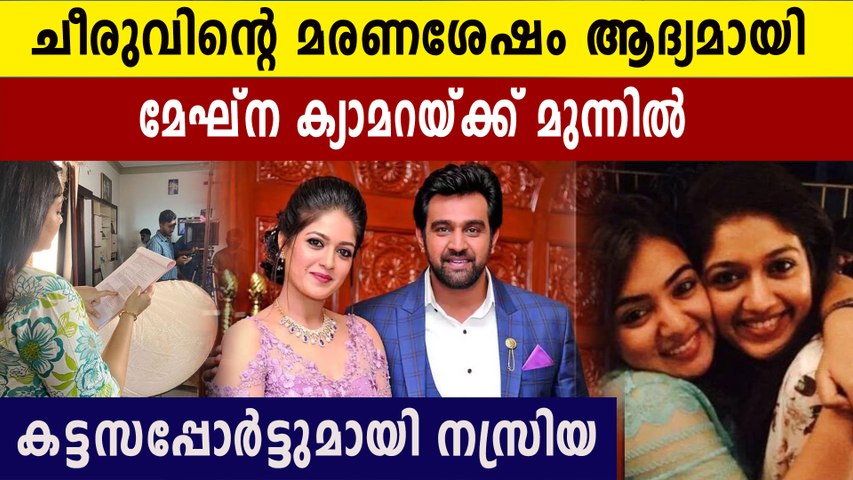 Meghna poses for the camera for the first time since Cheeru’s death. Congratulations Nazriya

Nazriya has been away from acting since her marriage to Fahad Fazil in 2014. After a gap of four years, the actress made a comeback in 2018 with the film Coote. Later she acted as Fahad’s heroine in the movie Trance. The film, which was released in theaters last year, was a huge success. Nazriya also made a guest appearance in the movie Asokan from Maniyara which was released through OTD. Nazriya is making her Telugu debut with the film ‘Ante Sundarikal’. This is a movie starring Nani.

7-year-old Mohanlal’s work; Mallika says Prithviraj’s daughter is like Lal when she was young

to the Ariston generation Z and great returns

Only by your love I! Kamal Haasan has...

The Renaissance of Bergamo and Brescia in the...