New tram slower than the bus 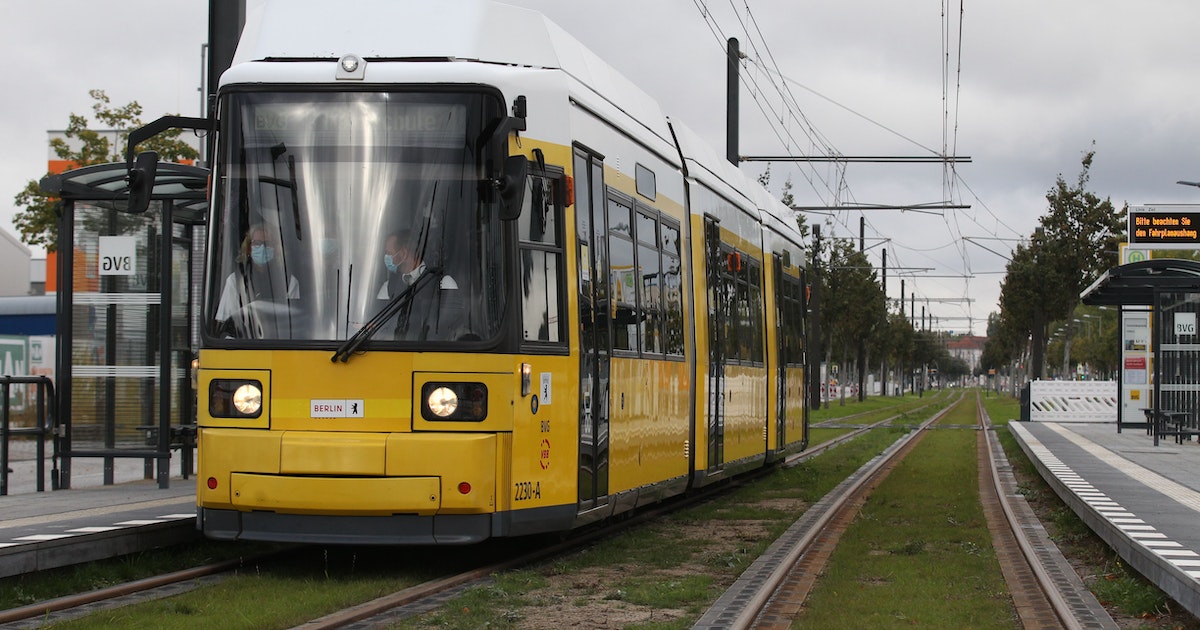 Berlin – It won’t be long before the time has come. After a break of more than six years, a new tram line is being reopened in Berlin. On October 30th, passenger service begins on the 2.7 kilometer long route between the science city of Adlershof and Schöneweide. There will be trams on the M17, 61 and 63 lines. But the passenger association IGEB is not particularly in a party mood. Because on the new section with the project name Adlershof II, the trains will travel longer than the bus, which is currently still running there. “There it shows once again that the passengers in Berlin are systematically being left in the lurch,” says spokesman Jens Wieseke. Embarrassing for a city that sees itself at the forefront of the mobility transition.

Local residents take a look at the new tracks while they are walking their dogs, men in bright red vests put the finishing touches on the layout. The final spurt has begun on and next to the new construction route, which extends in southeast Berlin from the previous terminal in Karl-Ziegler-Strasse through the south of Johannisthal to Sterndamm. The timetables are already hanging at the five stops. They show that while passengers get direct connections to Hohenschönhausen and Köpenick, for example, they have to plan more time along the new route.

The tram from the Landschaftspark Johannisthal stop to Sterndamm at Schöneweide station takes ten minutes. Bus 163, which is currently traveling along Groß-Berliner Damm, is on the other hand for eight minutes according to the plan. In the opposite direction, the difference is even greater. The bus covers the distance to the landscape park in seven minutes, the tram takes eleven minutes. The Berliner Zeitung had already reported this online at the end of September. According to previous information, 40 million euros were invested in the new line – so that passengers can travel longer? An absurdity, they say at the passenger association.

The Senate Traffic Administration makes no secret of the fact that there are differences. “In fact, the BVG’s previous timetables show slightly longer travel times on the new route than bus route 163”, says Jan Thomsen, spokesman for Transport Senator Regine Günther (Greens). “According to the plan, this takes a few minutes on the entire route, which, however, has also received additional traffic lights to ensure more traffic safety. This inevitably has consequences for travel times. “

However, the construction of traffic lights does not necessarily have to slow down the tram, say observers. Because it is basically possible to switch the systems in such a way that the tram usually has priority and can pass through without stops. After all, this also works elsewhere – in France and Switzerland, green waves are the rule for trams in many places. On the Berlin tram network, with almost 194 kilometers the longest in Germany, the acceleration had stalled years ago.

This can be seen not only in the southeast of Berlin, but also there – for example on the Adlershof I line, which leads from the Adlershof S-Bahn station via Rudower Chaussee to Karl-Ziegler-Straße and there connects to the new line to Schöneweide. The traffic lights along the route were programmed so that traffic turning left has priority over the tram. As long as the vehicles are allowed to turn, the tram has to wait. This means that the car and bus traffic there also for the most part moves faster than the tram.

When Adlershof I opened in 2011, the Passenger Association demanded improvements from the Senate, recalls IGEB spokesman Jens Wieseke. “Ingeborg Junge-Reyer, then Senator for Urban Development, promised us that the traffic lights would be changed.” But the SPD politician had not kept her promise. Now it is also evident on the new Adlershof II line that car traffic has priority – and that the tram has to wait there too. “Public transport has to wait for motorized individual traffic to flow: this is not good news for a green-run administration,” estimates another observer.

In principle, every expansion of the Berlin tram network is a gain for the people in this city, says Wieseke. “Adlershof II also means a leap in quality in some respects.” Not only will the new housing estates, commercial and research locations in the science city of Adlershof have an additional rail link: when more new buildings are built around Groß-Berliner Damm, the tram is already there there. “We would like the same for the other new development areas in Berlin,” says the IGEB spokesman – and demands that the long-planned extension of the tram beyond Johannisthal to the Zwickauer Damm underground station in Neukölln should also be tackled.

According to reports, the Berliner Verkehrsbetriebe (BVG) is looking for ways to shorten travel times. An initial success has already been achieved: in September, the journey from Schöneweide S-Bahn station to the Johannisthal landscape park was not eleven, but twelve minutes. How the design of the route works in practice can only be shown by the passenger service, said administrative spokesman Thomsen. “Further acceleration potential, for example via the traffic lights on the route, is then also checked.”

From the Senate’s point of view, it is important: “We are looking forward to the opening of the first new line in six years, it is also the 13th new line since 1990,” says Thomsen. “As you know, there is still a lot on the plan, namely currently another 15 routes over the next 15 years.”

The opening of Adlershof II will be celebrated on the morning of October 30th, confirmed a BVG spokesman. Passenger operations should then begin in the early afternoon. A treat for tram fans could be added, as it is currently called in BVG circles. If the Corona rules allow, there will be an event at the Köpenick depot, from which Czech Tatra trains will set off for the new line.