Next to Thoothukudi .. Now Chennai “Turn” .. This is the most important .. Chennai Raines Warning | Weather Report: North Tamilnadu and Chennai to get heavy rains says Chennai Rains

Chennai: The Chennai Rains have forecast heavy rains in North Tamil Nadu today as it did in Thoothukudi yesterday.

The northeast monsoon is intensifying in Tamil Nadu. A third depression is expected to hit Tamil Nadu this week as it has already hit two depressions. But the Center for Meteorology said that the atmospheric overlay formed in the southwestern Bay of Bengal will not become part of the cyclone.

Rather it will remain part of the barometric depression. However, the meteorological office said that the coastal areas in Tamil Nadu will receive heavy rainfall. 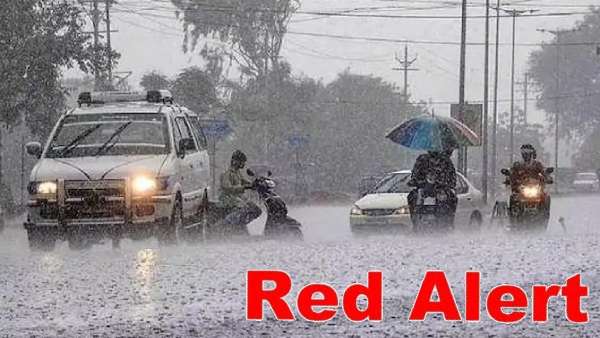 Heavy rains to continue .. Red alert for 5 districts including Nellai and Thoothukudi today!

Heavy rains lashed the districts of Thoothukudi and Nellai yesterday as the atmospheric overlay circulation in the south-western Bay of Bengal was locked in one place. In this situation, the Chennai Raines website has posted a description of where it will rain in Tamil Nadu today. In it, the previous low-lying area, low-lying area, how the low-lying areas gave the heaviest rainfall in some places as well as this time in Thoothukudi received heavy rainfall.

Heavy rains lashed several parts of Thoothukudi yesterday for several hours. 20 cm of rain fell in several parts of the district in a few hours. Chennai received heavy showers on the 7th, Delta districts on the 10th, Kumari, Nellai, Tenkasi on the 13th, 14th, Pondicherry, Cuddalore and Villupuram on the 18th.

Name does not matter

Even though the atmosphere is overcast, it is going to rain heavily due to its strength. Its strength is the most important factor in determining rainfall. We have seen some storms go by without any damage before. We are seeing low-lying areas like 92b giving the most rainfall. That’s still the case.

Chennai and suburbs will receive heavy rainfall from this evening. This will continue until tomorrow. Due to this, there is a possibility of water stagnation in some places in Chennai depending on the amount of rain, said Chennai Raines.

Is the ionicity of the Bank of Israel growing? The interest rate decision helped weaken the shekel

Covid, in Germany stop non-urgent interventions in hospitals. In Portugal, the Green pass and the obligation to wear a mask indoors are back

At Macy’s, Santa Claus will host a table...

Stone throwing routine on buses on the way...

Putin: Russia is forced to respond to the...

Several districts of Sevastopol were left without electricity...

On lighting in Viznitz: Balorite husbands who will...