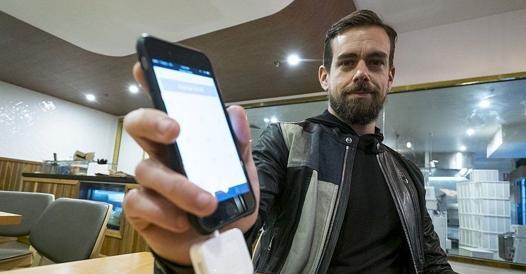 First the works sold by digital artists: virtual paintings, only for electronic reproduction. Then the exclusive sports videos and musical microbranches. Now even the tweets auctioned with millionaire quotes and art produced and sold by a handyman robot: painter, gallery owner and marketing magician. It is the explosion of the market for “non-fungible tokens” (NFT): it seemed like a game but it has become a terribly serious business. Twitter founder Jack Dorsey auctioned off and just sold his first, historic tweet in the form of NFT. Sina Estavi, head of the Oracle Bridge company, bought it and paid him two million and 915 thousand dollars.

In the year of coronavirus forced imprisonment many rich people who continued to earn without being able to spend, have invented reckless ways to invest ever more conspicuous savings: stock market skyrocketing, massive purchases of securities of worthless companies (as in the case of GameStop), but also innovative phenomena such as the NFT market. That is, texts, images or videos in digital format that can be exchanged but not reproduced because they are encrypted on a blockchain that guarantees authenticity and non-replicability.

Nft are already widespread on the art market, even with record prices: on 11 March, a collage of 5,000 images by Beeple was sold at a Christies auction for 69 million dollars: the third highest-paid work in the entire history of art in the world. Until six months ago Mike Winkelmann (Beeple’s real name) had never sold one of his works for more than a hundred dollars.

Given the success in the art, the NFT have been exported to other areas: the NBA (basketball) has already grossed hundreds of millions of dollars from the sale of “exclusive” videos certified by a digital signature, dedicated to the magic of its champions. Same goes for some original music clips from famous singers, and for some video games. Now it’s up to Dorsey: with his first tweet, broadcast on March 21, 2006 (only his name, a snail and the date) he raised almost three million (destined for charity in Africa).

But if these impalpable digital works of art put you in agitation, a shocking novelty, make yourself comfortable: they are already old compared to Nft works produced not by an artist, but by a robot. The latest cry is Sophia, a humanoid created by Hanson Robotics who walks and talks: he self-produces his works of art and also sells them. Sophia’s works were auctioned for the first time last night on the Nifty Gateway platform: the Nft market in which a month ago the musician Grimes, Elon Musk’s partner, in a few minutes sold her artistic works for 5, 8 million.

Sophia’s art, defined a psychedelic fever dream, it is promoted by the android himself who explains: «When someone creates a work of art, something mysterious, enigmatic, magical happens». A magic that, in this specific case, enjoys a human “little help”, moreover made in Italy: Sophia’s art is, in fact, presented as computational creativity made together with the Italian artist Andrea Bonaceto. He is above all a London-based financier, partner of Eterna Capital: a fund that invests in blockchain projects with a social impact. But he is also qualified as an artist. O art specialist. It is not the same thing, but in this new era perhaps it is not the case to be subdued.

Shah Rukh Khan performed Umrah in Makkah; What is the difference between Hajj and Umrah?
Posted onDecember 3, 2022

Everyone is sick on the set of Dad, even the dog who came to act has diarrhea – Alencier
Posted onDecember 3, 2022