While the world’s largest electronics show, CES, is suffering from a slew of cancellations due to the Omicron rampage, companies are not waiting with their announcements – and if there’s anything that usually gets on stage at this show, it’s the TV screens. LG is one of the first to unveil pretty cool concept screens that will be waiting for show visitors (if there are enough left over) that may also appear in future stores.

What can be done with transparent screens? Sell ​​you more of course 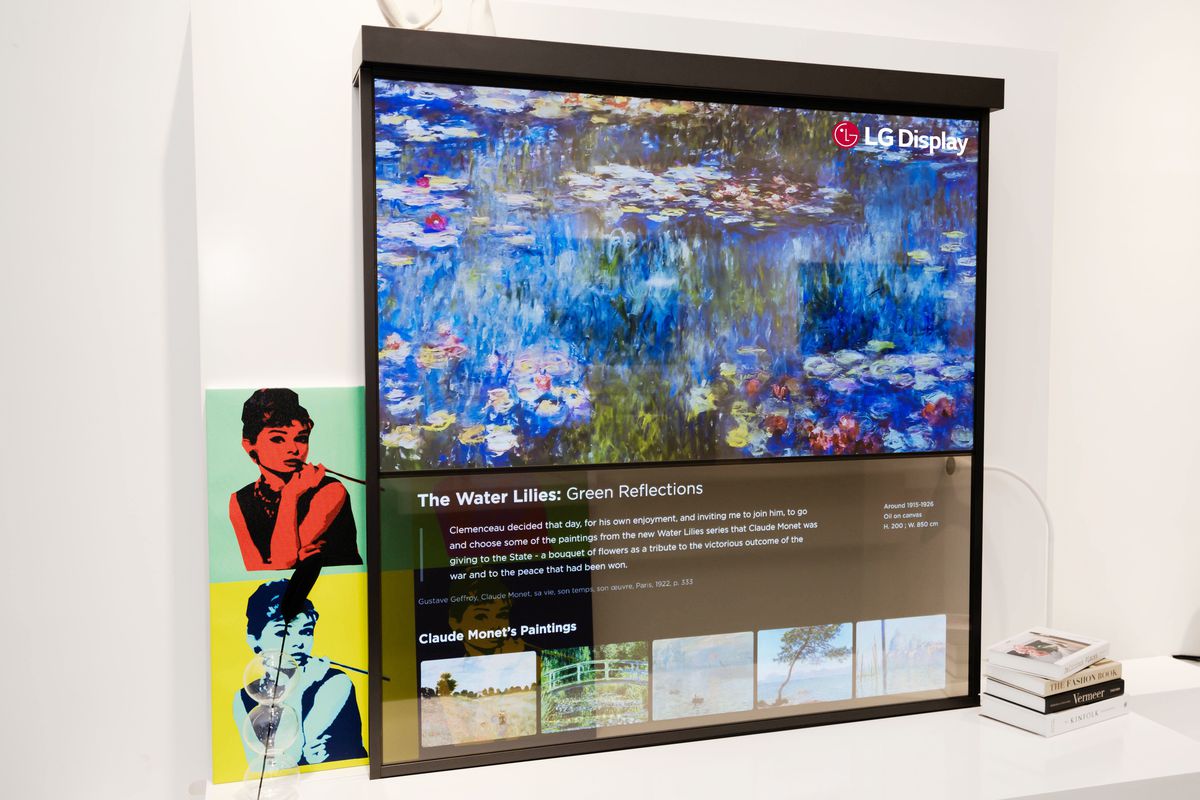 The new concept is called “OLED Shelf” and consists of two transparent 55-inch OLED screens that are placed on top of each other, and on which a shelf is also placed. At LG designate this screen for living rooms and explain that you can actually put a picture behind them or just see the wall behind the screen, or project a program on the first screen and create art in partial transparency on the second screen. When you want to just watch TV and not impress the guests with your modern art, there is a kind of curtain that will actually eliminate this effect of transparency and depth. However, these screens are only 1080P screens, so not sure you will want to keep watching them in Dune.

Future stores may also become a bit cooler with a new development called Shopping Managing Showcase, here too we have a transparent OLED screen, but this time it is placed inside a frame and a wooden stand so that it can fit into displays of real stores. This display can be placed, for example, in front of a product, and projected animations and effects on it so that they look as if they are just floating in the air. At The Verge they got an early glimpse of this product, and in the demo they saw how LG used this screen to create a sort of aura effect around a particular perfume. 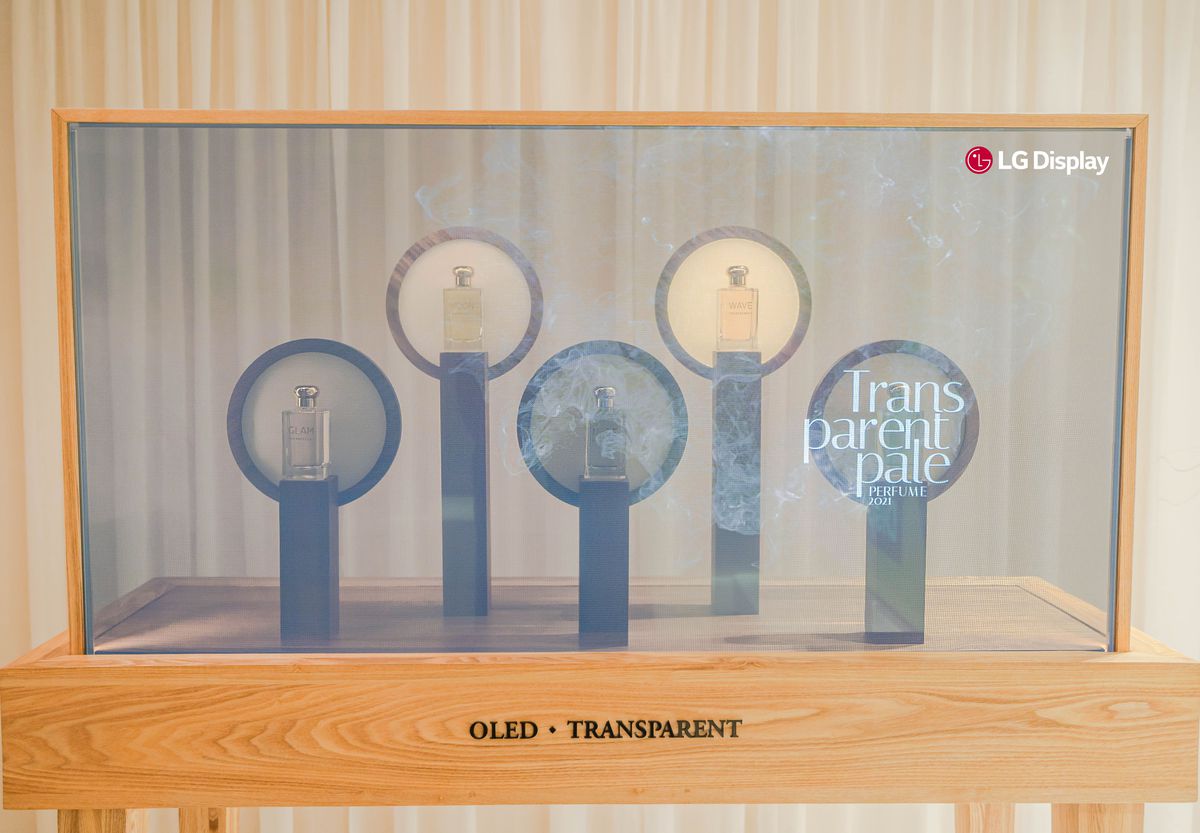 If you’re not one of those people who go into luxury stores to hold this show, you might be able to wash your eyes in a showcase with the Show Window, designed just for that, and be able to project texts, animations and other elements that will draw your attention directly to the show. It is one of the only products that LG has introduced that is also already in use in a fashion store in Seoul, the subway of China and Japan, a fashion show, and also in some museums in London.

Get ready to hear about a lot of these

Presenting all these weird and cool concepts is not exactly LG, but LG Displays, a subsidiary that does not make screens that will be sold directly to consumers by LG, but makes concept screens that other companies can purchase from it – whether they want to make them themselves, or they Need LG’s production capacity. This is not the first time we have seen transparent OLED screens: Samsung has unveiled a transparent screen (though not an OLED one, of course) developed with Intel and can also be used as a mirror back in 2015 (although OLED screens can usually be used as good mirrors when turned off), LG has launched In 2018 the Transparent OLED Signage, and last year Shiomi also introduced a transparent OLED screen that this time is intended for the home living room. 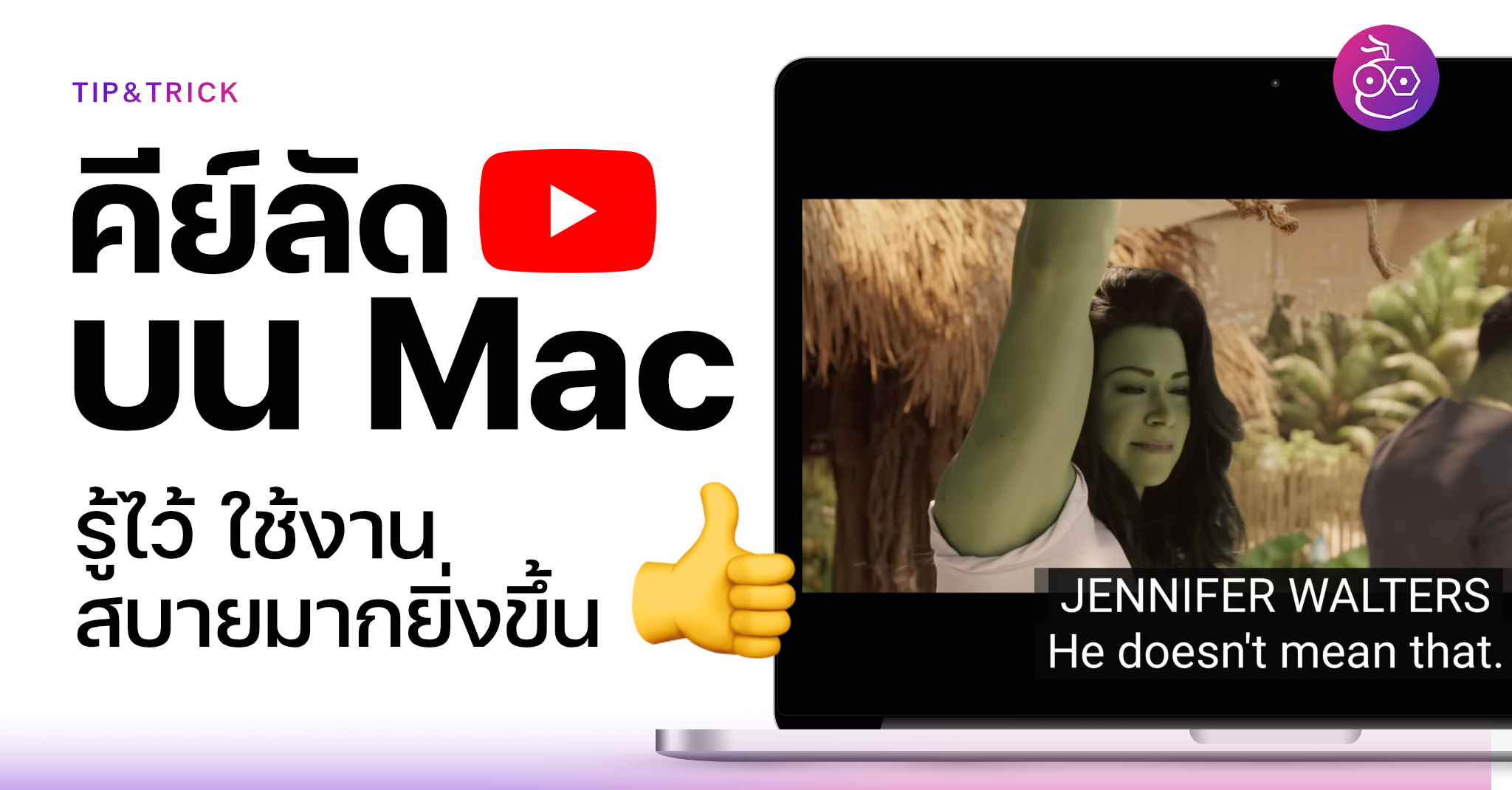 Set up YouTube for Mac keyboard shortcuts, you know, more comfortable to use.
Posted onAugust 19, 2022