Official: Kojima enters the world of movies and television

Developer Death Stranding, Kojima Productions has announced the opening of a new division in California that will be dedicated to the expansion of the game development company to produce movies, series and more. The new team will be managed by Riley Russell, Who joins the company after a nearly 28-year stint at PlayStation in various roles, including general counsel and vice president of business affairs. “The new division will be tasked with working with creative and talented professionals in television, music and film, as well as in the more recognizable gaming industry,” he said. Says Russell.

Kojima Productions Business Development Manager, Yoshiko Fukuda, Added: “Finding new ways to entertain, engage and offer value to our fans is essential in a world of fast-moving and ever-changing stories. Our new division will take the studio to other areas that showcase our creative narratives beyond video games and open up ways for our fans to communicate and delve into those spaces.”

#KojimaProductions are proud to announce that a new business division will be opening in California, USA.
This will explore opportunities beyond game development into film, television and other forms of entertainment.
Read more: https://t.co/fWUGl1OwPw pic.twitter.com/8dcl7STIQL

It’s not surprising to see Kojima Productions expand beyond games. Kojima is known for his cinematic approach to making games, and also never hid his love for Western music and movies. The company was founded in December 2015, after the creator of the Metal Gear series of games, Hida Kojima, left the Japanese distributor Konami. In six years he has released only one game, Death Stranding, which is partly funded by Sony. It’s not clear if this company’s new studio is currently trying to sell a Death Stranding TV show, or if we’ll get a new IP from Kojima, who has not yet officially responded to the news but continues on his own with uploading mysterious photos on Twitter.

Recently, I’ve been revising the plan and script, and experimenting with everything else. pic.twitter.com/aFV5SxOvsr

READ Also:  Nobel, the Italian physicist Giorgio Parisi in the 'nomination' of the Clarivate Citation Laureates 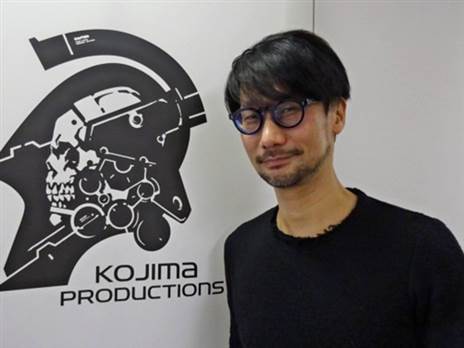 Not concerned about my form, contribution doesn’t mean 100 in each game: Ajinkya Rahane

What else needs to be said

Russian Helicopters will take part in the development...

Named products that will save you from “mad”...

Experts talk about the rise in the number...

Sony is reportedly working on a competitor for...