“Orbán? Those who violate the rule of law will no longer be able to go unpunished »- Corriere.it 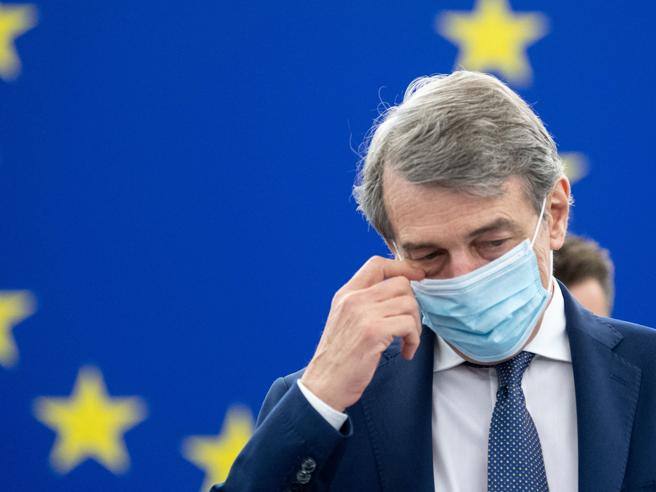 “No violation of the principles of the rule of law will go unpunished, also because no infringement will escape the application of the regulation”, he told the Courier service the President of the European Parliament David Sassoli.

President Sassoli, the issue of the rule of law had never been so central in the political debate in Europe. Why today?
“Because there is the idea that without a firm defense of fundamental values ​​Europe can lose its identity and function. If this were to happen, there would be catastrophic effects. We would no longer be able to argue that democracy is the system that best accompanies people’s desire for freedom, justice and well-being, to defend ourselves from the interference of authoritarian regimes, to assert our identity in international relations. And we would question the spirit of solidarity that is accompanying the exit from Covid. We would no longer be anything. And all this would also have an impact on the reconstruction process ».

In what sense, what do freedom of information, independence of the judiciary and anti-discrimination laws have to do with the Recovery Plan?
«Democracy and the rule of law are our identity card. In addition to guaranteeing an area of ​​freedom that is unique in the world, the founding principles of Europe also produce rules, competition mechanisms and social protection systems that generate development, redistribution and the fight against poverty. All this has a high economic value and at this time it also guarantees taxpayers on the use of common debt. If the judges are not independent and the press cannot ensure its role as a critique of power, citizens suffer a restriction of their freedoms and our countries irreparable damage. Who will be able to have confidence in that particular country and consequently in the Union? Perhaps the authoritarian regimes, perhaps ready to buy us. The internal market, which is a strong point of the European model because it protects our sovereignty, would be hit at its foundations ”.

Ursula von der Leyen has once again called the Hungarian anti-LGBT law “a shame”.
“The European Parliament also said this on Thursday with a large majority vote, asking for the new mechanism for protecting the EU budget and values ​​to be immediately applied. Hungarian law equates homosexuality and sexual orientation with pornography and uses child protection as a pretext to discriminate against people on the basis of their sexual orientation. All of this is contrary to our principles of respect for minorities, equality and human dignity. We are determined to strongly defend Article 2 of our treaty ”.

The President of the Commission has announced that the first infringement procedures will start in the autumn. Shouldn’t we move faster?
“I have full confidence that the Commission will honor its commitment to uphold the principles of the rule of law. Probably from the point of view of procedure and timing, the decision of the Court of Justice to which Poland and Hungary have addressed will also have to be taken into account. But this does not imply postponing the guidelines that can allow the Commission to send letters after the summer indicating the infringements ».

In July, the Constitutional Court of Poland could decide to ignore the measures ordered by the European Court of Justice in defense of the independence of judges. How much patience is it still possible to have towards these countries?
“We remember that European law is superior to national law. In order to respond to serious violations of fundamental principles, the Treaties provide for the application of Article 7. On this we ask governments to be consistent: it is up to the European Council to decide on the procedure underway. It is not enough to be indignant. Parliament and the Commission are asking the Council for fewer declarations and more decisions. Also to avoid, quoting Fabrizio de André, a Council that “is dismayed, is indignant, is committed, then throws in the towel with great dignity” ».

Yet, in today’s Europe, many are asking for the defense of their identity against the homologation of the “Brussels Super State”.
«One thing is respect for national and cultural differences, which are an enrichment for Europe and which are well summed up in our motto“ united in diversity ”. On this I note a reflection underway even in groups that once wanted to divide us and now instead are asking for a more governmental and less federalist Europe. Let’s discuss it. It is quite another thing if local authorities, on the other hand, declare their territory as a “LGBT free zone”. When I hear about “someone free” areas, the Nazis come to mind, who in 1942 declared Belgrade the first “Judenfrei” city. In Europe, the rights of every person are the rights of all. With us there can be no discrimination on the basis of politics, religion, ethnicity or sexual orientation. Point. It is good that the Commission has opened about 40 infringement cases linked to the protection of the rule of law since the beginning of the year. Parliament will do its part ».

Isn’t there a risk of a too self-referential European debate on values?
“No. This debate serves Europe to strengthen its role. Perhaps not everyone realizes how much Europe is a point of reference in the world. And it is for the values ​​it expresses, for its democratic system and its social model. We are a space of freedom and well-being that is viewed with admiration. Days ago I received a petition signed by 270,000 European citizens to support Patrick Zaki’s Italian citizenship. I support this request, because becoming Italian citizens means becoming European citizens and thus we will have more chances to protect a boy who studied in our universities, was trained by feeding on our values ​​and is cruelly punished for defending them. If we abdicated on values ​​we would betray Patrick and all those, from Belarus to China to Latin America, who have faith in a Europe of rights and democracy ”.

Treatment options for cancer in the liver expanded
Posted onAugust 17, 2022

German Chancellor Schulz against Abu Mazen: disgusted by his words, any comparison to the Holocaust is intolerable – Channel 7
Posted onAugust 17, 2022
Menu