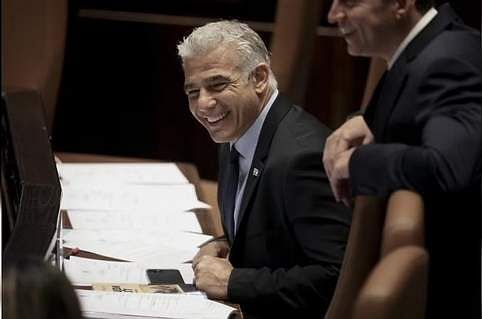 Israeli Prime Minister Yair Lapid has said that our fight is only with the Gazans and not with the Islamic Jihad terrorists.

There is an atmosphere of war between Israel and Gaza. The Israeli military has accused Israel of firing 70 rockets from Gaza. In this case, on Friday evening, Israeli Prime Minister (P) Yair Labid said:

We will never remain silent in the face of terrorist acts against civilians. Our military can better deal with the threat coming from Gaza towards Israel.

Gaza militants are targeting southern Israeli areas. We don’t want to pursue long-term issues with Gajah. But we will not hesitate to retaliate.

We face our enemies unitedly. This is what we say to the international media. Our fight is not against the Gaja people. Only with Islamic Jihad extremists.

Islamic Jihad is Iran’s weapon to destroy Israel. We are ready to do whatever it takes to protect our people.

“Israel carried out a precise counter-terror operation against an immediate threat.

Our fight is not with the people of Gaza. https://t.co/N5XU4nru0i pic.twitter.com/zx4wVOmxWe