The Kyrgyz authorities and the Canadian company Centerra Gold Inc. started litigation over the Kumtor gold deposit. This deposit in the mountains near the border with the PRC is considered the second in the world in terms of gold reserves, the revenues from which amounted, for example, to 12 percent of the republic’s GDP in 2020. The main shareholder of Kumtor is Centerra Gold Inc.

On May 17, the Kyrgyz parliament adopted a resolution on the introduction of temporary external management at the facility in connection with the “irresponsible actions” of Centerra Gold Inc. The Canadians are accused of gross violation of environmental standards, which, they say, endangered the safety of Kumtor workers and the local population, and also led to pollution of the subsoil and the environment.

What are Bishkek and Centerra Gold accusing each other of?

This decision of the parliament is based on the findings of the state commission and the law passed in early May, which allows the government to take Kumtor under external control in case of violation of environmental requirements. Moreover, a court in Bishkek ordered the Kumtor developer to pay the state $ 3 billion in compensation for illegal waste storage on the Davydov and Lysyi glaciers. The Kyrgyz side claims that due to these wastes, the area of ​​the glaciers has decreased threefold.

In response, Centerra Gold Inc. filed lawsuits in Canada and in the International Arbitration Court against the actions of the government of Kyrgyzstan and the former member of the board of directors Tengiz Bolturuk, now appointed by the authorities of the republic as an external manager. The lawsuits include the wording “the seizure of the mine by the government of Kyrgyzstan.” In addition, the company claims that on May 12, the authorities of the republic, through Kyrgyzaltyn OJSC and on a fake payment order, tried to withdraw about $ 29 million from the company’s accounts.

Does Bishkek have a gold mining strategy?

Beate Eschment of the Center for Eastern European and International Studies (ZOiS) believes that Bishkek should continue to develop Kumtor together with Canadians. 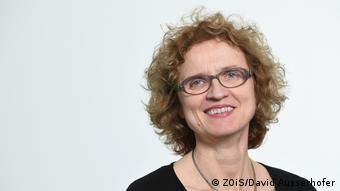 “The Canadian company is not an innocent lamb, especially when it comes to ecology. But this is not the first conflict around the field, and the position of the current government of Kyrgyzstan is very dubious here. The new president, Sadyr Japarov, as a typical populist, made so many promises to the population without having them fulfillment of any financial resources, that now he needs to find at least some money. I do not see a well-thought-out strategy in this, “the expert said in an interview with >.

According to Beate Eschment, the republic’s leadership does not have a long-term strategy. The main thing for him is to get money as soon as possible. “An attempt to nationalize Kumtor is a risk already because Kyrgyzstan is unlikely to be able to develop the field further on its own – especially without Canadian equipment. Experience shows that it is not so easy to find serious companies that are ready to take up the development of this high-mountainous field,” she points out.

“Golden” interests of China and Russia

In turn, Natalya Kharitonova, an expert at the Center for Crisis Research (CSRC), believes that Sadyr Zhaparov and his entourage are quite aware of the possible consequences of a break with the Canadians – neighboring Kazakhstan has a sad experience of such actions, when in the 2000s the authorities were expelled from the oil deposits in Mangystau of the firm of the Moldovan businessman Anatol Stati. For Kazakhstan, the interlocutor of > reminds, this cost a sensitive amount. 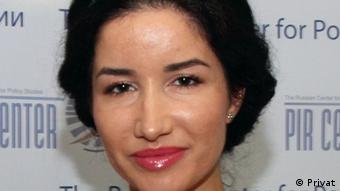 “However, the fact that active actions on Kumtor began before the meeting between Sadyr Japarov and Vladimir Putin suggests that they were either made with the expectation of Russian assistance, or even agreed with Russia, which promised Bishkek support in the confrontation with the Western business, “she says.

This assumption is partly supported by information obtained from a > source in Bishkek, which is directly related to the activities of Kumtor. The source said that the basis of the actions of the Kyrgyz authorities on Kumtor is the desire to get rid of the large debt to the PRC – over five billion dollars. And the calculation of the authorities looks like this: if the Canadians pay a fine of 3 billion, then Sadyr Japarov will use part of this money to pay off the PRC’s debt, and the rest will be spent on the rehabilitation of the Kumtor territory or some other purpose. And if the fine is not paid, then the mine will be profitably transferred to another developer. But not to China, which would like to go there, but to Russia. And on May 24, there was a conversation about this between the presidents of Russia and Kyrgyzstan in Sochi. According to the source, Moscow will be ready to help Bishkek pay off the Chinese debt.

Natalia Kharitonova also draws attention to the domestic political aspect of the action against Centerra Gold Inc. “Sadyr Japarov and his inner circle want to gain a foothold in power, for this they need high-profile successes that form a positive internal political agenda. The administration failed in resolving the issue of disputed territories on the Kyrgyz-Uzbek border, an armed conflict on the border with Tajikistan did not bring her fame either The president’s entourage believes that ousting Canadians from Kumtor can raise the rating of the authorities. Moreover, outwardly this action looks quite consistent for Sadyr Zhaparov and his closest associates – Mamytov and Tashiev, which since the beginning of the 2010s, they have been in favor of the nationalization of the enterprise, “says the CSRC expert. 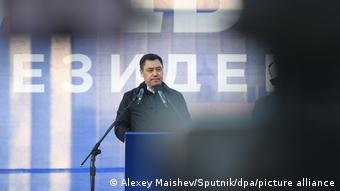 Her ZOiS colleague agrees that Sadyr Japarov became a political figure thanks to the struggle to nationalize Kumtor, which was one of his main campaign topics. But, she notes, in fact, the whole question is who among the parliamentarians and what groups of the population benefit from the development of the field. “In Issyk-Kul, where the president himself comes from, there is a noticeable environmental movement that is against the idea of ​​Canadians running Kumtor, but at the same time, thanks to the mine, thousands of people have been provided with jobs,” says Beate Eschment.

In her opinion, it will not be easy for Sadyr Japarov to get international support under the banner of the popular struggle for environmental protection. “On the one hand, Kyrgyzstan is still considered a comparatively advanced country in Europe in terms of the state of democracy in the region. But it’s hard for me to imagine that the President of the republic will be perceived by Europeans as a fighter against“ greedy ”Canadian gold miners and will mobilize ecological support for him. movement. Bishkek has more than 26 percent in Kumtor, and with such a stake has long had the opportunity to interfere in the way Canadians were working, “she emphasizes.