Peresild had to re-learn to walk after returning from space 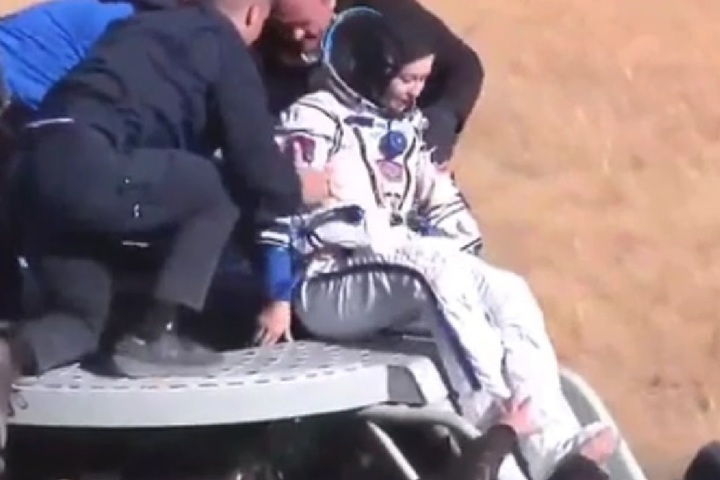 The Russian “cinema crew” consisting of actress Yulia Peresild and director Klim Shipenko told what they had to face after returning from space to Earth.

At a press conference, which was broadcast on YouTube, the actress said that they spent “ten times less time” in orbit than cosmonaut Oleg Novitsky, who returned with them. “As you step a little through the water, you learn to walk a little anew,” she admitted.

Shipenko had the same feelings. After landing, he was able to walk, but he still felt “a little bit in the smoke.” They were supported while walking, as everyone was “carried away, staggered, feeling as if you were learning.”

They stayed on the ISS for 12 days. But during this time, the newly minted cosmonauts have forgotten how this process goes.

Peresild also spoke about what it was like for her to sleep on the ISS. According to her, “this is a wonderful thing for girls”, as there is no need to lean on anything and “no pillow marks remain” on the face.

Earlier, the head of the medical department of the Cosmonaut Training Center, Alexei Grishin, assessed the state of the “movie crew” that had returned from the International Space Station, consisting of actress Yulia Peresild and director Klim Shipenko. According to him, the state of health of Peresild and Shipenko does not cause him any concern.

Read also “Julia Peresild was forbidden to walk a lot: details of the rehabilitation of the” movie crew “

Lyon: fresh routes to enjoy the city despite the heat
Posted onAugust 10, 2022