Peru insists on cremating the body of Abimael Guzmán 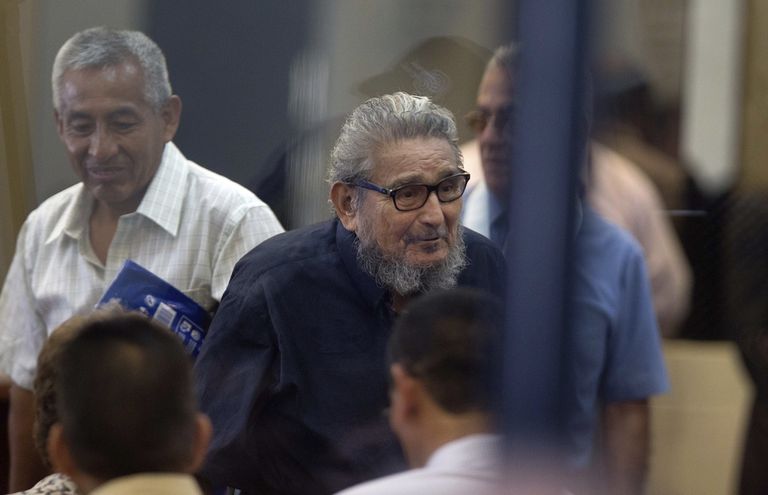 LIMA (AP) – The government of Peruvian President Pedro Castillo on Monday insisted on cremating the body of the historic Shining Path leader Abimael Guzmán after indicating that the body has not been delivered to a direct relative 36 hours after entering the port morgue. from El Callao.

The Minister of Justice, Aníbal Torres, said in an official letter to the attorney general Zoraida Avalos, whose institution will decide the fate of the body, that after interpreting the laws, they allow that in case the body is not delivered, the prosecution can donate the body to be studied or to request cremation in a cemetery.

Elena Iparraguirre, Guzmán’s wife, cannot collect the body because she is serving a life sentence in a Lima jail for the murder of 69 peasants in 1983. She is the only direct relative of the Sendero leader. The couple married in 2010 and have no children.

On Sunday, a judge declared inadmissible a writ of habeas corpus requesting that the body of the deceased be delivered to a woman named Iris Quiñónez, who assured that Iparraguirre had granted her a written power of attorney. The jurists affirm that Quiñónez must additionally have another power of attorney made in a notary’s office so that he can receive the body.

The Ministry of Justice said in the letter sent to the prosecution that if the body is buried “it could lead to damage to public order and the security of our entire society, putting the security of Peruvians at risk.”

In 2018, the government destroyed a mausoleum in a Lima cemetery that was to be used to bury Guzmán.

The Peruvian government wants to avoid burying Guzmán and thus not turn the burial site into a place of pilgrimage or worship for his followers.

Guzmán died on Saturday at the age of 86 of “bilateral pneumonia caused by a pathological agent” in his cell in a military jail on the shores of the Pacific. He was a professor of philosophy at the San Cristóbal de Huamanga National University, and in 1980 he began an armed struggle to seize power in Peru that left thousands of dead, most of them indigenous to the Andes and the Amazon.

The Sendero leader was caught 29 years ago by a US-backed police intelligence group. He died in a cell with blast-resistant walls where he was held in 1992. His body had his golden wedding ring on the fourth finger of his right hand.

A truth commission that studied the internal armed conflict indicated that the confrontation between the senderistas and the security forces left almost 70,000 dead.

the Court of Auditors criticizes the management of household waste
Posted onSeptember 27, 2022

War and recession risks propel the dollar to the top
Posted onSeptember 27, 2022
Menu