Peru: the body of Abimael Guzmán took the political scene | The family of the Shining Path leader wants his body to be handed over for burial, but the state and the political class are opposed 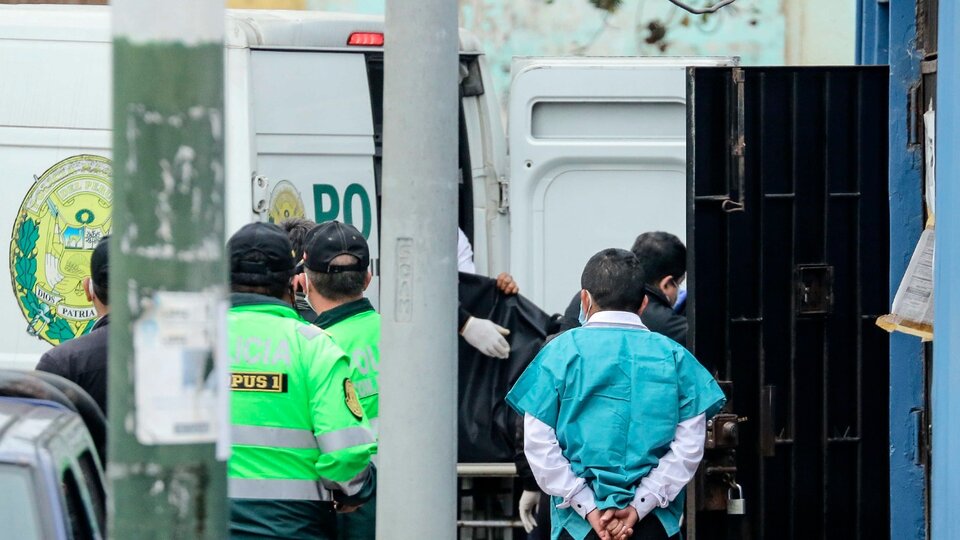 When dying, already old and defeated, Abimael Guzmán, the leader of the Maoist armed group Sendero Luminoso expired more than two decades ago, it has come back to life as a dangerous ghost by politicians, media and analysts. The body of Guzmán, who since 1992 has been a prisoner sentenced to life imprisonment and who died on Saturday at the age of 86 from pneumonia, has taken center stage in politics. Treated as if it were a danger to national security, the fate that should be given to the body of the deceased founder of Sendero is debated. The family and the authorities dispute the body. The family wants the body to be handed over for burial, but the State and the political class they oppose.

Guzmán’s wife, Elena Iparraguirre, also in prison with a life sentence For her participation in Sendero, a group in which she was second in command, she has claimed from her cell, with a power of attorney granted to Iris Quiñonez, who was also in prison for her militancy in Sendero, the corpse of the late Senderista leader. But the judicial authorities have denied it, despite the fact that the law gives that right to the closest family member. At the time of sending this note, a final decision by the prosecution on the fate of the body of the Shining Path leader was pending. His body was still in the morgue.

Government officials, opposition congressmen and allies of the ruling party, and the media, have spoken out that Guzmán’s body is cremated and the ashes disappeared in the sea. They have taken the idea of ​​what happened with Osama Bin Laden. Although the law does not allow this and determines that the body be handed over to the family, they argue that demand, stating that it is “an extraordinary case” and “a matter of national security.” Those who want to erase Guzmán’s remains say that his tomb could become a pilgrimage site for his followers, who venerated him as an almost religious figure.

Disappearing Guzman’s body also seems to be a last punitive act, a posthumous final conviction that they want to impose against the man who in 1980 started, in a context of poverty and deep inequality, an armed struggle that lasted until the 1990s, leaving nearly 70 thousand deaths, among those caused by hiking and by the forces of security. The media and a good part of the political class want to take advantage of Guzmán’s death to reinforce an official account of the story -that for years he has wanted to impose- which intends to blame the violence only on Sendero and hide or endorse the multiple human rights violations committed by the State.

They want to disappear Guzmán’s corpse, but the right wants to keep his ghost alive to scare off and use it against the left, against those who propose changes to a model that maintains deep inequalities and exclusions, and against those who demand justice and sanction for the repressors, accusing them of an alleged closeness to Sendero in order to try to discredit them. From the opposition to President Pedro Castillo, in which an extreme right predominates that conspires to remove the leftist regime, that same accusation is repeated against the government to seek to destabilize it. The ruling party denies that closeness. After Guzmán’s death, its main spokespersons, including the president, have strongly condemned Sendero and its late leader. But the right insists on linking the government with the political heirs of the rambling, which no longer call for armed struggle, but for a political action whose main objective was to request an amnesty for Guzmán.

On Sunday, the day after Guzmán’s death, the right-wing called for a demonstration presented as a mobilization “against terrorism,” but which was actually a demonstration against the government. Fujimori congressmen and other ultra-right groups, old failed politicians, retired military men, marched with openly coup speeches. “Abimael Guzmán has died, now we have to finish with Pedro Castillo who is his heir”, “Sendero is in the Government Palace, we have to fight until we get him out”, “death to the communists”, were some phrases that were heard in a demonstration that did not have much call. It was a fascist and coup outcry that raised the ghost of Guzmán to justify his authoritarian speech.

The hysteria of the right, and its desperation to attack the government, reached the absurd extreme of questioning Guzmán’s death, accusing the government of faking it to make him flee. A crazy conspiracy theory that reveals the levels of irrationality of a sector of the opposition.

Back to work faster with memory training after the first psychosis
Posted onOctober 2, 2022