Pfm, I dreamed of electric sheep: the new album that talks about human and future

Today, “Ho Sognato Pecore Elettriche” / “I Dreamed of Electric Sheep”, the new unreleased album by PFM – Premiata Forneria Marconi (produced by Aereostella, published by Inside Out Music and distributed by Sony Music Entertainment) which boasts the presence of two exceptional international guests, IAN ANDERSON and STEVE HACKETT (in the song “The breath of time” / “Kindred Souls”), in addition to Flavio Premoli, former co-founder of PFM (in “Transumanza Jam”) and Luca Zabbini, leader of the Barock Project (in various tracks on the album).

From today the video of “ATMOSPACE”, the first single from the album, currently on the radio and available digitally, is also online. The video, directed by Orazio Truglio, who also edited the cover of the album, opens with the flight of a space drone and was shot inside the Museum of Science and Technology in Milan.

Premiata Forneria Marconi starts from the quote “But do androids dream of electric sheep?” of the film Blade Runner to develop the concept of this new album: to talk about how the world around us is rapidly changing and how computers are invading every aspect of our life.

The cover of the album, which depicts the sum of the faces of Franz Di Cioccio and Patrick Djivas, wants to represent the fusion of two similar souls who come together in the intent to create.

The album begins with an overture, a musical allegory where the utopian world is suddenly transformed into a stubborn world with dystopian veins. 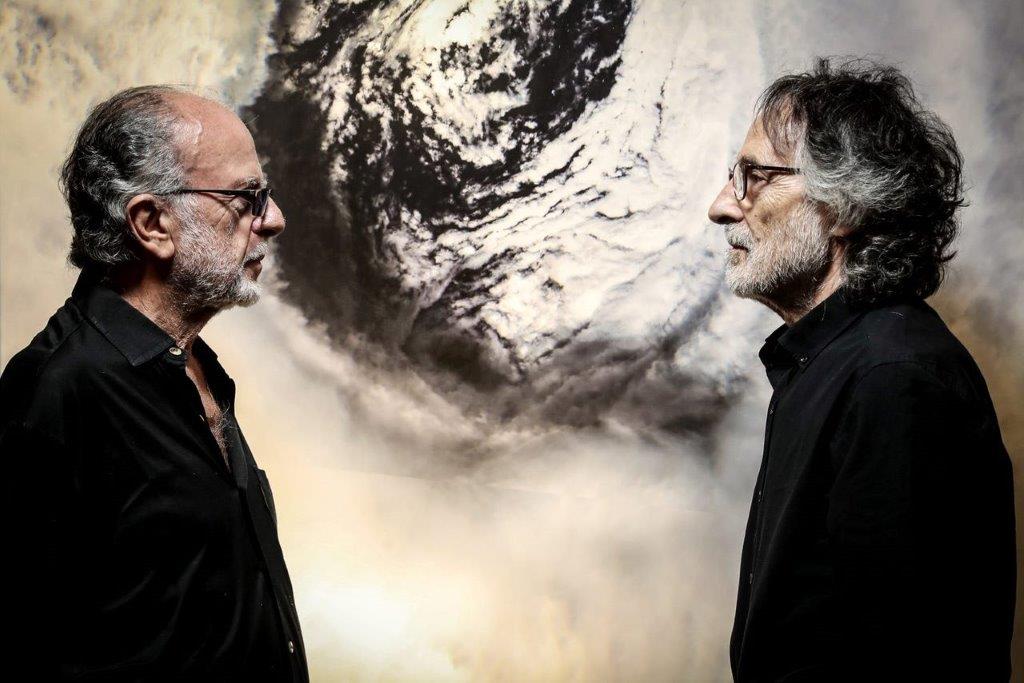 As inhabitants of the Earth we are children of an evolution, which has placed us at the top of the planet together with the animal, vegetable and mineral world.

Time has transformed us into Humans, endowed with free will, utopians, dreamers, visionaries, but also into alienated Humans, attracted by pragmatism.

Today we live on our planet Earth and, at the same time, on another parallel and invisible planet, in a sea of ​​giga, in the archipelago of algorithms. It was unthinkable that we would go so far and that, while remaining human, we would recognize ourselves as data. 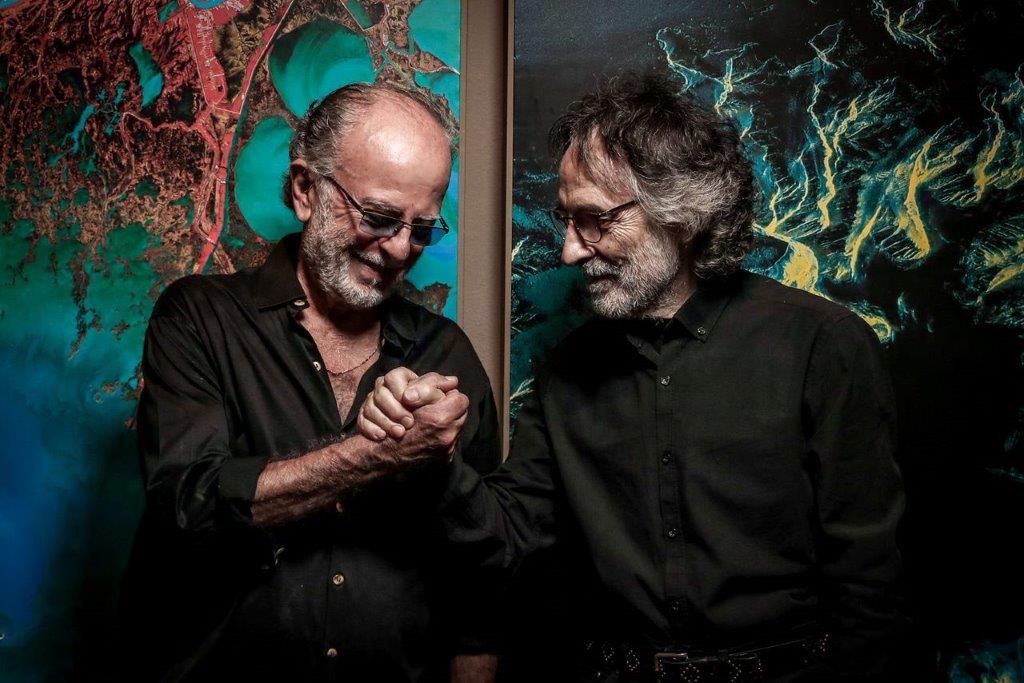 In everyday life, life seems to have become easier; we are hyperactive, hyper-connected and everything runs fast, but the B side of the change signals a lack of time to spend and dedicate to ourselves. Dreaming is also becoming a rare thing, caught in the whirlwind of the great race of society and life.

The protagonist of the story, a normal man, fears that he will no longer be able to dream freely, because reality clashes with fantasy. In the world of the big race, liberating dreams have become rare, invaded by electric sheep. Cyber ​​animals are created by our subconscious which has deeper roots and fishes in a world where machines have become more important than man, who is preparing to take a back seat. From human to data the step is short: hyper-connected but more alien to ourselves. 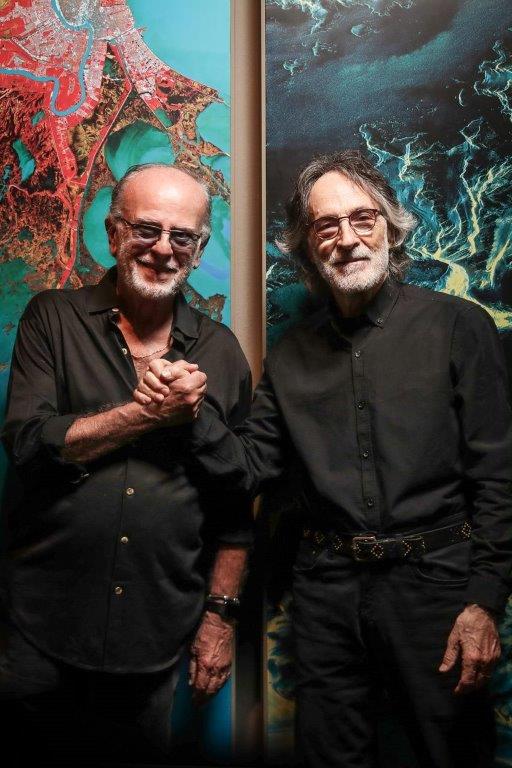 The future knocking on the door has decidedly dystopian leanings.
We live in an immense territory of connections and data. We have to go back to dreaming, dreaming, opening the mind that connects us with other dimensions …… of life.

The album starts from the quote “But do androids dream of electric sheep?” of the film Blade Runner, to develop a concept: to talk about how the world around us is rapidly changing and how computers are invading every aspect of our life.

I dreamed of electric sheep, Tracklist: 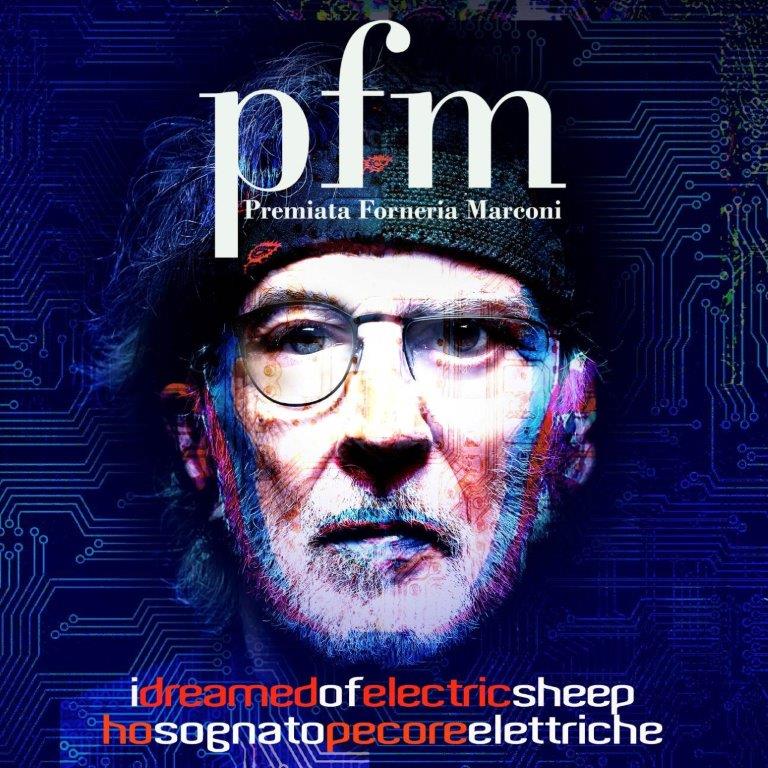 The tracks of the concept album cross the world we live in and ask themselves where we are going: Parallel Worlds is an instrumental overture that introduces us to a utopian and dystopian universe;

Human Aliens tells us about our world and its inhabitants; Ombre Amiche tells the rediscovery of silence;

The Great Race speaks of our daily life; AtmoSpace tells the story of Nedro, a drone in love with the Earth;

Electric Sheep introduces the theme of dreams and cyborgs; Mr. Non lo So is the story of a Yes Man;

The Breath of Time: Earth and 12Hz Schumann Resonance;

the bonus track Transhumance is added: musical transhumance is the action or practice of moving compositions from one musical world to another, in a cycle of artistic and sound interchangeability, using patches of sounds and not genre contours;

In this recording project “I dreamed of electric sheep” one thing is certain: music can still unite our hands and our hearts in something powerful and universal, something that lasts over time, which leads us towards a better future, which helps us to share emotions and rhythm.

“It had unsustainable costs and failed on employment”

When Posillipo was in Polynesia and the young...

What Jude Antony has to say to his...