Philip Roth, the biography coming to the US. Virtue kills me 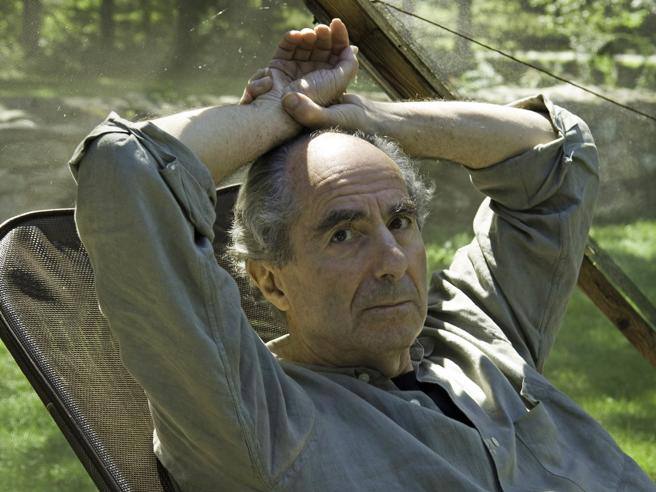 I continued to be virtuous, Philip Roth once told Saul Bellow, in ways that were destroying me. And when I finally allowed the repugnant to enter, I knew I was alive. Blake Bailey did the same in Philip Roth: The Biography, 912 pages, to be released in the United States by Norton on April 6 and in Italy by Einaudi next year. A monumental work that the Corriere has read in preview. Almost 10 years of work. More than 100 hours of conversations with Roth, about 200 interviews with friends, lovers, family, collaborators, performers, admirers and detractors. The lineup alone: ​​35 pages. Already the author of brilliant biographies of John Cheever and Richard Yates, Bailey had unconditional access to unpublished documents, correspondences, notes and manuscripts, some of which will be made public by the Library of Congress, which dedicates an entire warehouse to Roth’s papers, only in 2050.

The result is a literary biography that much more, a human Roth, too human. A genius who loves, hates, hurts, fights with himself, suffers, makes mistakes (I am who I do not pretend to be, to say). Because, with all due respect to those who today would like to erase it, one can be one of the greatest American writers of all time and at the same time a sex maniac, and sometimes behave like a bastard, even if Bailey emphasizes how much Roth was, especially in recent years, a man extremely sweet and vulnerable. And you can write about huge carrion and sexual maniacs without being, even if Roth, while he complained about the misunderstanding, aesthetically exploited it, placing alter egos in all the books, homonyms included, mixing reality and fiction until, sometimes, not remember himself where one ended and the other began.

As in the various narrative versions of Maggie’s deception, the first wife. He betrays her, he would like to leave her. She tells him she is pregnant. Roth sends her for a pregnancy test at the pharmacy around the corner. Then, fearing that a child would destroy his career, he convinces her to have an abortion, promising to marry her. She accepts, they marry in 1959. Only there is no child to abort. Maggie, she confessed years later, had not gone to the pharmacy but to the gardens, where, approaching a pregnant woman, he had persuaded her, under the guise of a scientific experiment, to supply her with a urine sample. Roth will never forgive her, repeatedly say he is on the verge of killing her, and when Maggie really dies in a car accident in 1968, she will feel relief, whistling all the way in the cab to the funeral.

The mother Bess, adoring if not quite suffocating like that of the character of Portnoy, baseball, the first girls. The 1950s erections were the same as they were in 2012, Roth said, but the 1950s erections weren’t going anywhere. In the 1970s he taught at the University of Pennsylvania. The head of the department selects for him the most attractive girls from among the students on the waiting list. Years later, back drunk in the house he shares with Claire Bloom, the English actress he will marry in ’90, Roth finds a friend of his stepdaughter in a nightgown and attempts the approach, later dismissing her as sexually hysterical. Hate me for what I am, not for what I am not, he replies to Bloom, who paints a ruinous portrait of them in his 1996 memoir, Leaving a Doll’s House.

But also the dedication to work (Malamud has been writing for two hours already, complained Roth, locking himself in his study at 9 am), the accusations of anti-Semitism (What is being done to silence this man ?, thundered the head of the Rabbinical Council of America at the first controversial stories: The Jews of the Middle Ages would have known what to do ), illness and depressive crises, the meticulous search for a tombstone (a barely sketched boulder, in the spirit of that of Camus, on which he had irregularly engraved Philip Roth 1933-2018), the Nobel Prize coveted and never received (Dylan is fine, ironized when in 2016 the award went to the singer-songwriter of Blowin’ in the Wind, but next year I hope they will give it to the Peter, Paul and Mary, referring to the sixties folk trio). In recent years, Roth dragged himself from his Manhattan Upper West Side apartment to the nearby Natural History Museum on nearly every bench, including the one, owned by the museum, with the column inscribed with the names of American Nobels beside it. It gets uglier every year, tell a friend. They put it there to piss me off.

The story of the last few days is particularly touching. The last birthday, the last visit of Lisa Halliday, the ex-partner many years younger who told their story in the novel Asymmetry (Feltrinelli, 2018), and of whose daughter Stella, Roth circulated the photos as proud as her grandfather. I met the great enemy, I will say from the hospital to my friend Ben Taylor a few hours before he died: There is no need to be afraid.

Miri Bohdana reveals: “Our relationship was catastrophic and I got pregnant”
Posted onFebruary 7, 2023