Piero Manzoni, 60 years old and not hearing them: the artist’s shit more current than ever

And the May 1961 When Piero Manzoni creates a work of art destined to make history: ninety metal boxes on which the writing stands Artist’s shit. Net content gr. 30. Naturally preserved.

What’s really inside nobody knows: opening one to check would mean destroying the object and canceling its artistic and economic value. And so the mystery continues: from 60 years. In fact, many do Piero Manzoni’s most famous work, one of the most iconic ofcontemporary art, of which the artist will never see the luck, since he died of a heart attack shortly after, in 1963, almost thirty years old.

He had time, however, to sell the cans by weight, multiplying grams by the value of gold: today they are worth about 120 thousand euros each, but in December 2016 the record with a box auctioned for 275 thousand euros.

To celebrate the 60th anniversary of the Artist shit, the Piero Manzoni Foundation has organized various initiatives, which will cover the entire year until May 2022: the new site merdadartista.org is already online, and will host meetings and insights on the work and the author.

A book by Carlo Cambi Editore published in 4 languages ​​(like the label of the Shit) will host the essays by Luca Bochicchio, Flaminio Gualdoni, Rosalia Pasqualino di Marineo and Marco Senaldi to tell the work in the round. Director Andrea Bettininetti is shooting short documentaries which investigate specific issues, such as the parliamentary question following the scandal that caused the exhibition of the Artist shit at the Galleria d’Arte Moderna in Rome in 1971.

Taplab wall covering with the project 8PER / Tribute to Artist’s Shit by Piero Manzoni produced 8 new ones wallpapers presented until May 30 at House of Artists of Milan, and the theater thanks to the three dialogues that Filippo Soldi is working on. New York also takes part in the celebrations: the Houser and Wirth gallery dedicates a special issue of its magazine Ursula and videos in which artists, curators and collectors describe their memories, impressions and considerations related to it.

The singular of the Shit of artist by Piero Manzoni

We are at the beginning of the sixties, in full swing economic boom, housewives welcome the former into their homes domestic appliances dazzling whiteness: refrigerators and washing machines halve the fatigue of Italian housewives, small cars show thatautomobile it can be a good within the reach of (almost) everyone, the domestic pantries are filled with convenience and immediately ready canned food, such as jellied meat squeezed into small sealed cans. The same solution that Piero Manzoni chooses to package what will become his most representative work: the Artist shit.

In an increasingly popular society to consumption and purchase, with companies producing at full capacity, in the wake of Duchamp ei dadaisti, objects of common use enter art, become works of art, and everyday life becomes too. Everything is art and therefore nothing is art anymore. Piero Manzoni contrasts with all this, goes beyond the contingent provocation and puts himself in his own work of art, giving the public what they need, even if they may not know it: not answers but questions. 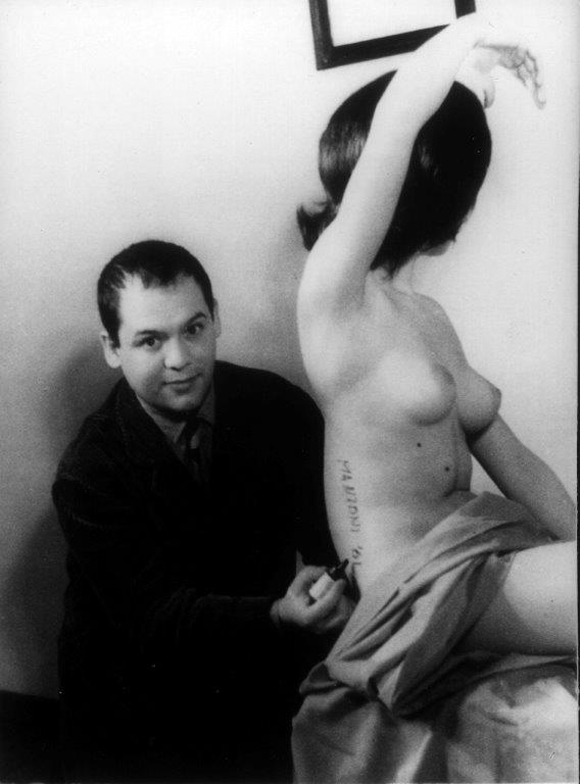 Cristoforetti was appointed commander of the ISS mission

the new necklace. And on Tuesday the Medici...

Kate Middleton looks at the top in one...

Authentic freedom is made up of relationships between...

Avishai Ben-Haim thwarts his theory of the second...