The figures released by the police are as follows; –
Of those arrested, 6,597 were residence law violators, 5,775 were border border offenders and more than 1,534 were labor offenders. Of the total 356 people arrested while trying to cross the border illegally, 54 percent were Yemeni nationals, 44 percent were Ethiopians and two percent were from other countries. That is what the police say. Of these, 34 were arrested by the security forces for trying to cross the border and 14 for smuggling and harboring illegal immigrants.

Of the 86,952 police convicts currently serving, 78,650 are men and 8,302 are women. That means a total of 73,939 cases of violators have been handed over by the police to their embassies for further action. 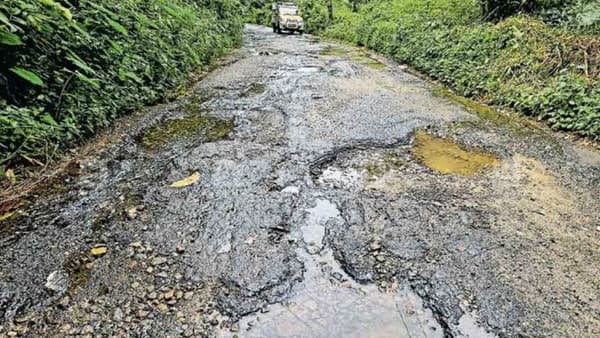 Off Road Trucking by Public Works Department to Vagamon; Tourists say the plan is good

The Interior Ministry has warned that anyone found violating border security rules or facilitating entry into the country or providing him with transportation, shelter or any other assistance or service could face up to 15 years in prison. It also warned that fines of up to one million riyals, confiscation of vehicles and shelter would be made against them, and that their names would be revealed in the local media.

At the same time, inspections were intensified three months ago to catch violators of work who do not show up for iqama. Several people on house driver visas were arrested as part of this. Hundreds of house drivers are doing various jobs in Turaif. Arriving on a house driver visa, they worked in wiring, painting, tile work and masonry.

Police conducted inspections every Friday. However, many who escaped police checks and tried to find work in new buildings were caught. The vehicles following the workers are being inspected. If the driver is a professional in iqama, a driving license is required immediately.

At the same time, there are a lot of people doing different jobs, such as Amil Manzil or the maid visa. The information came out during a police investigation. Most people do this by paying a fixed monthly stipend to their sponsors.

Kim Kardashian and Pete Davidson together: “She’s acting like a girl”

MP who went to the hospital on a...

A magnificent new lamp in the Marina Roshcha...

Will China seize Uganda’s only airport? News that...

Elections in Honduras: Who is Xiomara Castro, the...

The world is preparing for a fifth wave,...

Compulsory quarantine for those from 12 countries; Updated...

Decision of the Central Government to review the...

The ambassador’s unusual request from the Chief Rabbi