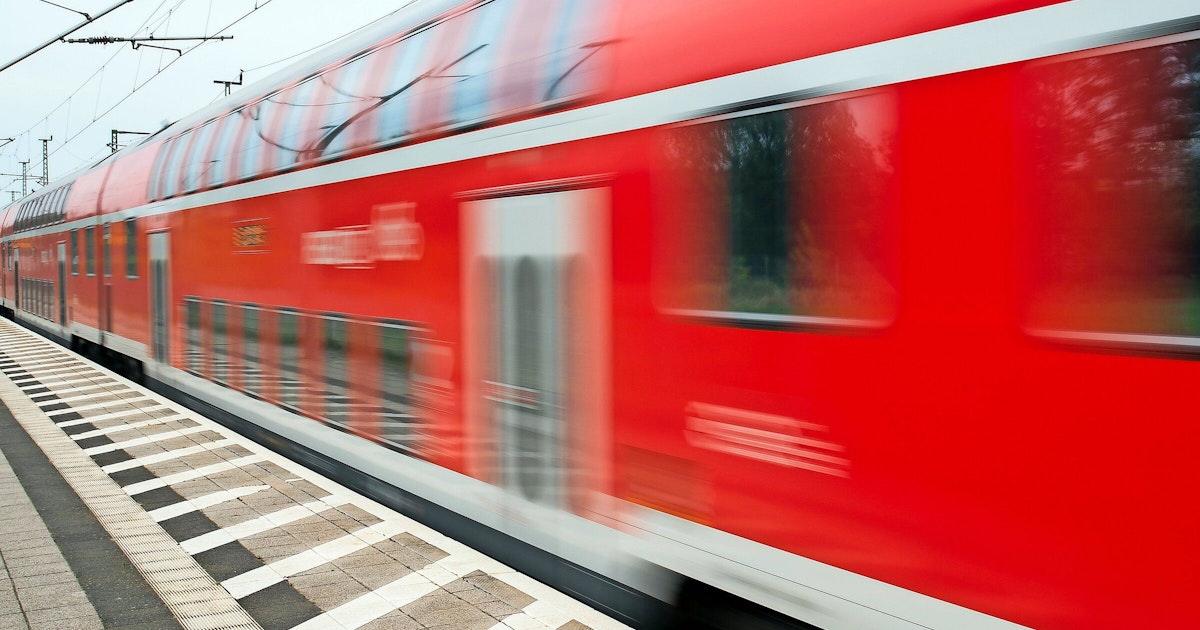 Berlin – It’s a big anniversary: ​​150 years ago, on July 17, 1871, the first two thirds of the Berlin Ringbahn opened. But like other things in Berlin, there is not just one circuit in this city, but two. The Berlin outer ring, which circles the western part of the city, will be 65 years old this year. Now a politician is calling for this route to be significantly expanded. The Ringbahn needs a “bigger sister”, so the Green Bundestag member Stefan Gelbhaar to the Berliner Zeitung. “A new belt railway is conceivable, which in the sense of a broader Berlin-Brandenburg outer ring will integrate the areas of the metropolitan region in the east of Brandenburg.” Berlin, Brandenburg and the federal government would have to bring a project on the way in which the expansion of the Berlin outer ring to the east prepared, demanded the Pankower. Ringbahn 3.0, that’s how you could describe Gelbhaars initiative.

The Berlin Ringbahn measures 37 kilometers and enables a round of Berlin in 60 minutes via Ostkreuz and Westkreuz. Initially planned for military reasons and to facilitate freight traffic, it is now one of the most important S-Bahn routes in the city. When construction began on the Berlin outer ring, or BAR for short, similar interests played a role. During the GDR era, there was another reason: The ring was needed to be able to bypass West Berlin. Travelers and goods should reach Berlin, the capital of the GDR, without touching foreign territory. On September 30, 1956, the 125-kilometer route around the western districts was complete.

Regional trains are also expected to stop in Springpfuhl and Spindlersfeld

Initially, the first Berlin Ringbahn ran through fields and meadows, the city of Berlin was far away. But the new connection encouraged the development of the areas through which it passed. The buildings soon grew closer to the route – and then beyond. The opening of the route was not only farsighted and future-oriented, says Stefan Gelbhaar. “It gave the booming Berlin an enormous tailwind, and that continues to this day. The idea behind the Ringbahn is more topical than ever: to design, direct and distribute traffic flows far outside the city. “

The far-sighted considerations from then can be carried over to today, according to the Green politician. The outside then is inside today, he said. “The metropolitan region continues to grow steadily. Living in the suburbs, working in the capital: The consequence of this development is that all external routes, whether road or rail, are in high demand and constantly overloaded. “

In order to be able to keep up with the development in the long term, a further railway belt must be considered, said Gelbhaar. “A tangential connection to Brandenburg, with which Bernau, Strausberg, Erkner, Königs Wusterhausen, Zossen and Ludwigsfelde are connected to the Berlin outer ring. A new arch that adjoins the western part of the Berlin outer ring. “

The Berlin politician affirmed that the expansion of the eastern part of the Berlin outer ring into Berlin’s urban area for local rail passenger transport was an important first step. “The Senate has already started to examine the local transport bypass, as stipulated in the coalition agreement.” The NVT could open new direct connections between Oranienburg and BER Airport, with stops in Hohenschönhausen, Springpfuhl and Spindlersfeld, among others. The future plan also includes a tower train station at Karower Kreuz – travelers could change there in the direction of Gesundbrunnen and Bernau. There are already “in-depth plans”, said Gelbhaar. “This needs to be further developed and brought together in order to be able to integrate the increasing commuter and passenger flows from the surrounding districts of Barnim, Märkisch Oderland, Oder-Spree and Dahme-Spreewald.”

Further projects are being planned for the outer ring, said Parliamentary State Secretary Enak Ferlemann (CDU) in response to a request from Gelbhaar and other Green MPs. In addition to the already existing 15 traffic stations for which DB Station & Service is responsible, seven more stations are to be built along the route. In addition to the Karower Kreuz tower station, these are Bucher Strasse, Malchow Nord, Pankow Park, Schönerlinder Strasse, Sellheimbrücke and the Glasower Damm tower station south of Berlin, Ferlemann listed. The commissioning of the new stations is planned for the period after 2030.

In contrast, in Potsdam-Pirschheide, the former Potsdam Central Station, the platforms on the outer ring that were closed in 1999 are to be restored by the end of 2023, the politician from the Federal Ministry of Transport said. The current outer ring stations of Genshagener Heide and Satzkorn could be revived in the medium term if the state of Brandenburg or the VBB transport association order regional train stops there.

However, there is a problem on the eastern outer ring, which leads past Biesdorf, as reported. The reason is that the Senate Transport Administration is planning to build a road close to the tracks. The east tangential connection, or TVO for short, is intended to close a gap between Marzahn and Köpenick. But south of the Biesdorfer Kreuz, the road gets in the way of the planned local transport bypass. The result is that between the crossings of the U5 underground line and the S3 S-Bahn line, a route exchange will be necessary, as Ferlemann confirmed. The outer ring tracks would have to be rebuilt to the west, and the route would be moved between kilometers 30.2 and 27.1. Where the rails run today, the local transport bypass could run in the future.

In the Wuhlheide-Spreequerung area, too, there would be “a need for coordination due to the routing of the TVO, which is moving into the route of the NVT here,” reported the Parliamentary State Secretary. According to Ferlemann, the Senate had commissioned the railway to carry out a route study. Apparently it looks like construction work will be required on the Berlin outer ring in the east of the city.