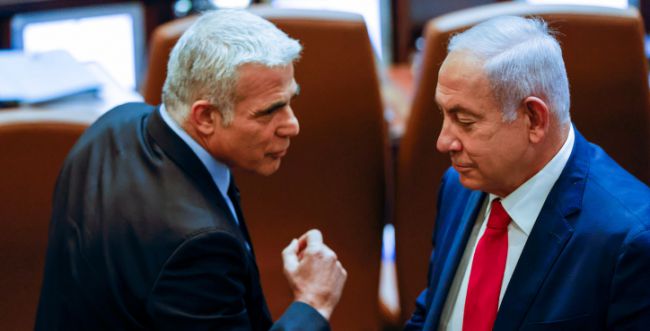 A new poll published this morning shows that Yair Lapid is expected to serve not only as prime minister until the fifth election, but also until the sixth election, since there is full equality between the blocs.

Internal poll in the Likud: July and Regev fall; And who in the top five

According to the poll, conducted by the Panels Politics Institute for Maariv, the Meretz party manages to pass the blocking percentage and weakens the right-wing bloc by two seats.

According to the survey, the map for the distribution of seats looks like this: The Likud led by Netanyahu is weakened by two seats and receives 34 seats. There is a future led by Yair Lapid is strengthened to 21 seats.

About a year late: Smutrich set up a primaries committee

The religious Zionism of Bezalel Smutrich and Itamar Ben Gvir receives 9 seats. Blue and white with 8 seats. Torah Judaism is strengthened by one seat and receives 7 seats, Labor and Shas receive 7 seats each.

Also in the poll: the joint list has 6 seats, and Yisrael Beiteinu has 5 seats. Right on the verge of the blocking percentage with 4 seats, and so is the Meretz Party, New Hope and Ra’am.