PowerVision S1 in the test: He succeeds what the cell phone camera cannot 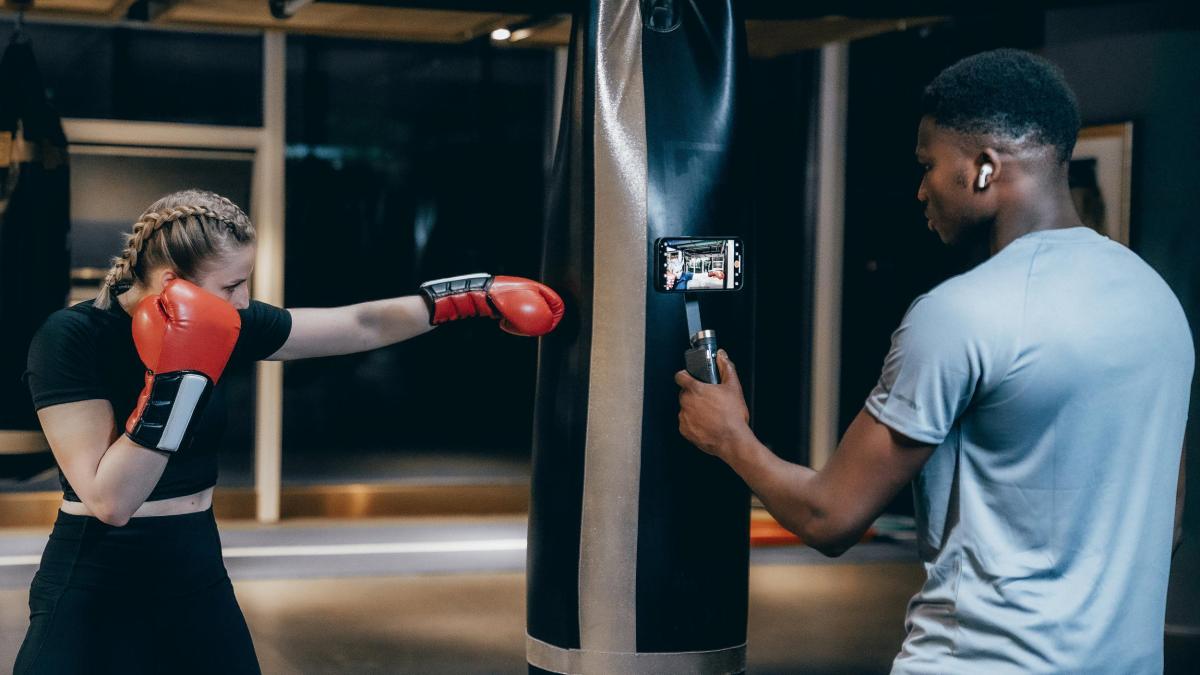 This mini stabilizer does what the smartphone camera cannot

With the S1, PowerVision has developed a smartphone stabilizer that, when folded, is no bigger than a razor. This allows professional videos to be rotated without blurring. The supposedly smallest “three-axis gimbal in the world” is also a power bank.

Ssmartphones have long since become good video cameras that film in high resolution. Many of them now have a very useful image stabilization built in, which prevents excessive blurring. So why do you need a gimbal? These are the names of the three-axis stabilizers that look like gripping arms. The PowerVision S1 has proven in the test that such a device can be very useful if it offers additional functions.

You don’t even notice that the PowerVision S1 is a gimbal. The classic handle and a small arm to which the smartphone is attached is not even visible at first. When folded, the gimbal is more in the form of a dry razor, a good 14 centimeters high, almost six centimeters wide and almost 300 grams in weight. It even fits in a trouser pocket. The manufacturer claims to have built the “smallest integrated three-axis gimbal in the world”. In any case, it is compact.

In the beginning, unfolding is a little puzzle challenge. Fortunately, PowerVision has numbered the steps on the gimbal. After practicing two or three times, it works out fine. The smartphone is magnetically connected to the gimbal. There is a magnetic clip for this, which is attached to the back of the smartphone. As an option, PowerVision also offers corresponding smartphone cases for popular models in which a magnet is already embedded.

In order to really be able to use all functions, the Vision-S1 app must be installed and the smartphone connected to the gimbal via Bluetooth. In the app there are also several video instructions for the complete range of functions. The PowerVision S1 stabilizes much better than a smartphone. Users can also use the camera app on their smartphone to film and control the gimbal via a joystick. But all other buttons on the gimbal only work with the S1 app, which further expands the possibilities.

The tripod is already built in

In the test, we were particularly impressed by the tracking function, which, according to the manufacturer, is supported by artificial intelligence. The user marks an object on the screen by pressing a button or tapping, which is then automatically held in the center of the image by the gimbal. This also works with the selfie camera and even in other video conferencing or live streaming applications.

The S1 app can also take panorama, slow-motion and time-lapse recordings. With the panorama function, the gimbal moves automatically and takes several photos, which are then automatically put together in the app. Even motion time-lapse is possible, in which the camera pans slowly during the time-lapse recording. Normally, the gimbal would have to be screwed onto a tripod for this. But the PowerVision S1 already has this tripod built in, so that only the three legs have to be folded out and pulled out.

At least on a flat surface it is stable. Unfortunately, the S1 app on the iPhones only supports the wide-angle and ultra-wide-angle cameras for the time being. The telephoto lens will also be added later with an update. Only the wide-angle camera is supported on Android smartphones. The other cameras should also follow with a software update.

Gimbal is also a power bank

Conclusion: The PowerVison S1 has many strengths that are missing from other gimbals. Its compact size and built-in tripod are among the largest. The software is mature and offers a lot of useful functions. The manufacturer specifies a maximum battery life of 15 hours for its gimbal. Most of the time, the smartphone is likely to run out of power beforehand. PowerVision has even thought of that.

When folded, the gimbal is also a power bank that can charge a smartphone either via a USB-C cable or even wirelessly. The internal battery is 4120 mAh. An iPhone 12 Pro Max can be recharged more than halfway and there are still two to three hours of battery power left for the gimbal. The PowerVision S1 costs 219 euros together with the smartphone magnetic clip.

“Everything on shares” is the daily stock market shot from the WELT business editorial team. Every morning from 7 a.m. with the financial journalists from WELT. For stock market experts and beginners.Subscribe to the podcast on Spotify, Apple Podcast, Amazon Music, and Deezer. Or directly via RSS feed.