Prato as it was, how and how it will be Journey to the textile district in crisis 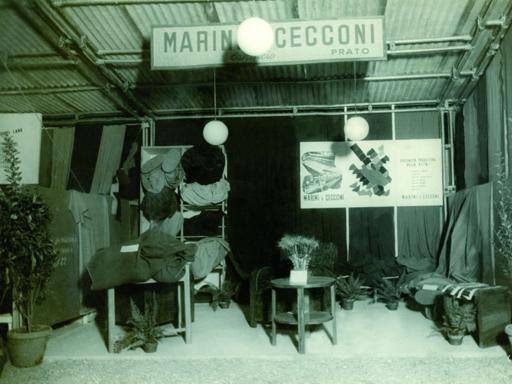 Glass, wood, steel. His dreams were made of the consistencies of Riccardo Marini’s new factory. Seventy-two years, almost all spent interpreting the textile industry that has seen enormous growth, stop and restart after crises of all kinds. The last one that has been staged in recent months and not just the fault of the pandemic. But when he talks about the Prato district, Marini does it to the future: You can’t do things as in the past, thinking you have the same results, those who use this recipe are lying. Or they are destined to close soon, explains the entrepreneur.

The journey in the textile district starts right from the new family factory in Montemurlo, a handful of kilometers from Prato. As soon as it rained here they went underwater: we called it the quagmire. In the 1960s there was no land management perspective and this was considered the place of least value, says Marini as he drives towards Prato. In Montemurlo, things have now changed. From the window you can see in series dozens of warehouses and factories combed, with elegant signs. The Pontetorto, recently acquired by a Japanese property, occupies an entire block. Now the heart of the traditional industry is here. The companies that make fabric for the brands have left Prato for good, replaced in recent times by the garments of Chinese entrepreneurs. But the story could change again. It is not the dynamics, but the men who interpret them that change things. The situation changed when a mayor arrived here 12 years ago, Mauro Lorenzini, who had foresight. He contacted entrepreneurs, listened to their needs, offered lean solutions and practices: 25% of Montemurlo was industrialized, today 95%.

our fault, was one of the great mistakes of our generation: we have given too much to our children. After all, we had never had a competition problem, the market was all ours…. Not the specific case of Marini, who has a daughter, Jessica, who carries out design in the company and another in Paris, Francesco, who is working on the collections for 2022. Marini’s vision of the system. The textile company has not been able to transfer to the generations that entered that ability to look at growth as a myth that we had. a fact that since 2000 there has been little foresight, that the new interpreters of the Prato district have found themselves unprepared in the face of globalization. It had to be more international, which was what my generation wanted. If you don’t foresee changes, you go through them. Marini knows four languages, all learned in the field in the days when, in the eighties, he took the car and went to look for customers in Germany, France and England. The spirit of adventure has disappeared a bit, replaced by that of defense, but this is not the attitude to grow. Grow a prospect, not an income statement.

Whenever there is a crisis, we are talking about aggregating, but when a little calm returns, no one wants to do what it takes to do it. Here is the spirit of defense, the lack of courage to which Marini referred. He, who led the Union of industrialists from Prato in the years of the black crisis between 2008 and 2012, knows it well. When we did the Prato event it doesn’t have to close (2010, ed) they all seemed ready, like today. But nothing: I have to thank my children who led me on this path of sustainability and digitalization, we were among the first to join the Detox protocol of Greenpeace. Without these choices, we too would be in trouble, as many are.

The car stops where it all started. In Piazza San Marco in Prato there was not yet the mammoth work of Henry Moore when Marini grew up in the house next to the church of Giglio, at the time when the open gores flowed alongside the streets of the city and little Riccardo found himself playing with a gentleman who would prove quite important. Downstairs lived one of Curzio Malaparte’s six brothers. I remember that he came to visit often, but I could not understand who this charming figure was who talked to me for a long time, gave me candy, took me in his arms. I realized that I had the opportunity to meet a historical figure to say the least. After 5 years of college – I was a bit of a naughty boy … – Marini entered the factory in 1968. And he never leaves it again. My father Mario had already stopped working, the sixty-year-olds at the time were elderly. Together with their partner Enzo Cecconi in 1945 they had put together this company almost from nothing. I wanted to learn all the secrets: I was an advanced carriage with the pickup truck, going to carry and retrieve the patches from the patches; then the warehouseman and the salesman. An unbridled escalation until the nineties, the city grew together with our factories. We were only interested in working, all hours and every day. He took off a bit in the summer to go to Versilia but it was just an excuse to recreate the Prato environment and talk more about the prospects, opportunities, job opportunities.

Macrolotto is an industrial district full of services, spaces, fast connections designed to be the home of the Prato textile district. A honeymoon that lasted until the explosion of the other district, the Chinese one. At one point clothing grew and our fabrics didn’t, that’s all. The entrepreneur reviews the structures – all apparently the same – with huge colored signs written in Mandarin. And he lists one by one his fellow adventurers from the past: Bardazzi had this one built, it was magnificent … the Chinese, with their very strong demand, have raised rental and sale prices. They took everything. But change must not be conceived as an evil, on the contrary, it must be sought and interpreted. I did not imagine that our new way could be digitalization and sustainability, yet when I met it I tried to ride them. Our new factory was born with this spirit.

In a league of its own: Wombanayama’s insane momentum
Posted onDecember 3, 2022