Putin: Do you want our gas? Pay it in rubles 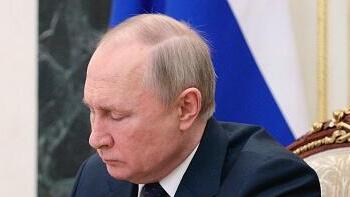 Russia’s retaliation: President Vladimir Putin announced today (Thursday) that he has signed an order under which foreign buyers will have to pay in rubles for Russian natural gas, starting tomorrow, and contracts will be frozen if these payments are not made. According to Reuters, Russia supplies a third of the continent’s gas, making it Putin’s most powerful response to sanctions against him.

“In order to purchase Russian natural gas, buyers will have to open ruble accounts with Russian banks. From these accounts, payments on the gas will be possible starting tomorrow,” Putin said. “No one is selling us anything for free, and we are not going to make donations either – that is, the existing contracts will be frozen.”

Russia supplies about a third of Europe’s gas consumption, so energy is Putin’s most powerful tool in hitting back in the West on the sanctions it has imposed on Russia over its invasion of Ukraine. His decision to enforce payments in rubles helped lift the currency, which fell to a historic low after the day of the invasion, February 24, but has since recovered. Today it rose by 1.5% and its exchange rate is about 83 rubles to the dollar – a record for a month. Against the euro strengthened by 1.7% to a level of 92.6 rubles.

Western companies and governments have rejected the move as a breach of existing contracts, signed in euros or dollars. French Economy Minister Bruno Le Mer said France and Germany were preparing for a scenario in which Russian gas flow would be cut off – a move that could lead to an energy crisis in Europe. Among other things, this is an agreement signed with the United States, according to which the latter will ensure the supply of another 15 billion cubic meters of liquid gas to the EU – by the end of 2022.

The European Union has already announced that it will cut Russian gas consumption by two-thirds this year, and that it will completely shut off the tap by 2030 – by increasing imports from other countries, expanding electricity generation from renewable energies and energy efficiency.

Putin’s order includes a mechanism whereby buyers can transfer foreign currency to a special account at a Russian bank, which will then transfer rubles back to the buyer to make the payment. He said the conversion was intended to strengthen Russian sovereignty, and that Russia would fulfill its obligations under all treaties.