Qatar, missing a year from the World Cup and the reforms in the workplace are at a standstill

When there is a year left before the start of the Qatar soccer world cup, reforms on the rights of migrant workers are slowing down. This is what emerges from the “Reality Check” carried out by Amnesty International, a new analysis of the condition of the labor system in Qatar. In the last year there has been no progress and some old practices have made a comeback, with the re-emergence of some of the worst aspects of the “kafala” system.

The reform process had already begun in 2017, through limitations on hours of service for domestic work, the establishment of labor courts to facilitate access to justice, the establishment of a fund to compensate unpaid wages, the ‘introduction of minimum salary and the ratification of two important international treaties. In August 2020, Qatar had adopted two laws to end the limits placed on migrant workers to leave the country and change jobs without the permission of the employer. Their full application would have hit the heart of the “kafala” system, which instead continues to bind workers to employers.

Qatar 2022, two years at the World Cup and we are not yet on the rights

The failure to implement reforms it ensured that the exploitation continued. Although Qatar on paper has therefore canceled the obligation, for most migrant workers, to request and obtain permission to leave the country and to change jobs through a certificate of clearance from the employers, the latter they still manage to block worker transfers and keep them under control, for example by asking exorbitant sums – in some cases, five times higher than the monthly salary – to grant the authorization, which therefore in fact, although it has been abolished by law, remains in force.

READ Also:  Life in Afghanistan after the return of the Taliban (photo gallery) | World Events - Estimates and Forecasts from Germany and Europe | DW

Organizations defending the rights of migrant workers and embassies of home states in Qatar have found that if you don’t have some written document from your employer, your chances of changing jobs decrease. This situation has given rise to a kind of highly lucrative clearance trade for unscrupulous employers.

Other illegal practices that make it difficult to change jobs include the retention of wages and bonuses,cancellation of the residence permit and the reports of “inaction”.

In its analysis, Amnesty International also found that delayed or non-payment of wages and contractual bonuses remain one of the main forms of exploitation suffered by migrant workers in Qatar. Added to these are the difficulties in accessing justice e the ban on organizing in unions to defend their rights. 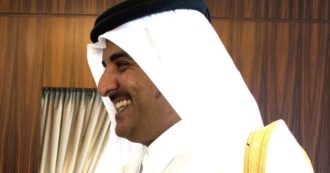 Qatar, no investigation into the deaths of thousands of migrant workers

In August 2021, Amnesty International denounced the lack of investigation, by the Qatari authorities, on the tens of thousands of deaths of migrant workers, despite evidence of the relationship between these deaths and the lack of safety at work. Despite the introduction of some protective measures, large risk situations still remain: for example, there is no compulsory rest period proportional to the climatic conditions or the type of work.

Amnesty International also addressed the Fifa, organizer of the 2022 World Cup, to fulfill its responsibilities to identify, prevent, mitigate and remedy the human rights risks associated with the sporting event. Like those faced by workers in the hospitality and transport sectors, which are expanding rapidly in view of the start of the World Cup. FIFA must ask the Qatari government, privately and publicly, to implement its reform program in the labor system before the kick-off of the World Cup.

Is there anybody? Politics at the gala, the...