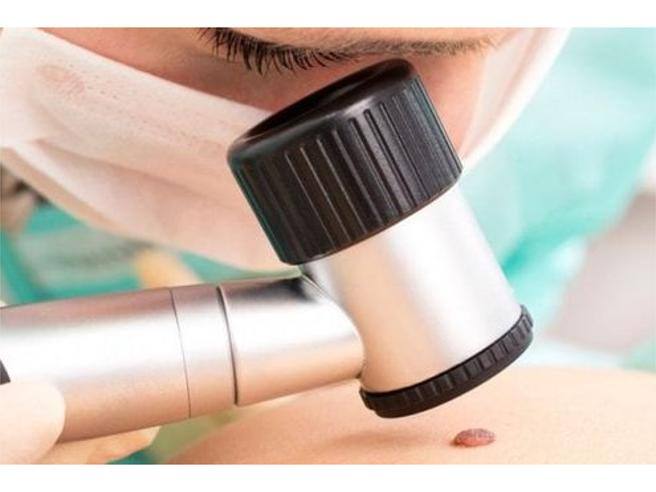 The main cause is skin damage caused by ultraviolet rays (but not only) and some people risk more than others. Here’s when to get suspicious and what checks to do

The skin is our largest organ and the one most exposed to external insults. The sun, above all, in addition to giving us light and heat constantly releases ultraviolet rays on the skin which are the main cause of skin cancers. This is why exposing yourself to sunlight correctly is the first step in preventing skin cancers which, numbers in hand, are more frequent than those of the lung, breast, prostate and colon combined. It is important to start doing this as a child, because most of the sun damage to the skin occurs in the first 20 years of life. To inform about the alarm bells and the many small precautions that allow you to reduce the risk of getting sick, to help recognize suspicious lesions (and thus arrive at an early diagnosis that increases the chances of recovery) to answer many questions also of those who are already ill Fondazione Umberto Veronesi has recently published the manual Skin cancer. Questions and answers on prevention, diagnosis and treatment can be downloaded for free in the download area of ​​the site.

The good news is that, if discovered at an early stage, these diseases can be cured even with a minimally invasive surgery – underlines Paolo Veronesi, president of the Foundation -. In most cases, skin cancers can be treated without leaving any aftermath: although it is important that they are recognized and treated early. so take care of your skin by checking regularly for any changes and without fear of contacting a doctor if you find anything suspicious. We wanted this manual, which collects questions on symptoms, diagnoses, therapies, on all the doubts encountered by those who are struggling with the disease. And finally it offers clear, useful and above all scientifically accredited answers.According to statistics, one in three Italians will have to deal with basal cell carcinoma in the course of their life, the most common skin cancer of which 64 thousand new cases are recorded every year. our country. In Italy, the incidence of skin squamous cell carcinoma has more than doubled in the last 20 years, the second most widespread skin cancer with 19,000 diagnoses every year. The numbers of melanoma, the most lethal type of skin cancer, are also constantly increasing: in Italy in 2020 14,900 new cases were identified, with an increase of 20% in 12 months. And the patients are getting younger, with a growing share of 40-year-olds: in fact, the third most common type of cancer in the population under 50.

The cause is ultraviolet rays

What are the causes of skin cancer? All cancers occur when the DNA of the cells accumulates errors that cause the cell to grow out of control and form a mass of cancerous cells – reads the Veronesi Foundation manual -. In the case of skin cancers, the main cause of DNA damage (and therefore cancer) is exposure to ultraviolet (UV) rays contained mainly in sunlight. And obviously in tanning lamps, which for this very reason in 2009 were cataloged as carcinogenic by the World Health Organization. UV rays reach the earth even when the sky is cloudy. In fact, it is true that clouds can act as a filter, but they can only retain a part of the rays. Furthermore, not all clouds behave in the same way: some reflect UV rays and thus amplify the effects. To influence the quantity of UV rays that reach the earth there are also other factors such as the time of day (the time band of maximum intensity is between 10 and 16); the season (in spring and especially summer they are stronger); latitude (they are more intense the closer you get to the equator); altitude (they are stronger at higher altitudes); the presence of reflective surfaces (some elements, such as water or snow, reflect part of the UV received and therefore intensify their effects).

In addition to UV rays, there are other factors that can increase the chances of developing skin cancers, such as genetic factors, as it is estimated that between 5 and 10% of melanoma cases occur in families predisposed to the disease due to specific characteristics. genetic. Genetics are also responsible for a share of other non-melanoma skin cancers. Then there is the presence of moles: those who have many are more likely to develop skin tumors. Often the presence of moles due to a genetic predisposition; in many cases, moles are caused by excessive exposure to the sun over a lifetime. And again: previous skin cancers (those who have already had skin cancer have a greater risk of incurring in a second); exposure to environmental risk factors and to smoking; weakening of the immune system (linked to diseases or medical treatments). The chances of developing cancer increase with age, also due to the cumulative effect of exposure to radiation that is stored over the years.

When to get suspicious

Skin cancers can come in countless forms: some look like simple pink spots, others like small open wounds, others still appear as yellowish spots that resemble a scar. There are tumors that have the appearance of a wart, others that appear as more or less large growths, still others like moles with particular shapes and colors. it is therefore difficult to draw up a catalog of the characteristics to be kept under control. The general rule is that if a new element appears on the skin that makes you suspicious or if you observe any change in an element already present, consult your doctor. The best way to catch a skin cancer in the bud is to check your skin for yourself: undergoing a thorough self-examination that detects the appearance of suspicious spots or changes in risky lesions such as moles can greatly anticipate the diagnosis of cancer and therefore increase the chances of complete healing. The self-examination should be performed once a month with the help of mirrors to inspect the areas not directly visible and is especially important for people at higher risk. Without forgetting the scalp (especially for those who are bald and may have burned more frequently) and the soles of the feet.

A secret underground city of 20,000 people – how did chickens reveal it to the world?
Posted onOctober 2, 2022

Avromi Samet in a moving single-clip about the ‘Seder Havoda’ on Yom Kippur
Posted onOctober 2, 2022