| Rohit to hit a six Mangalam 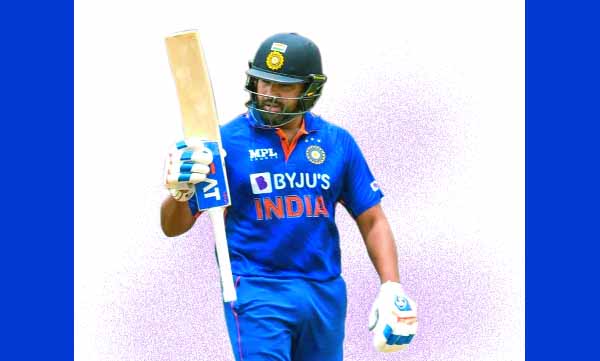 Lauderhill: The fourth match of the Twenty20 cricket series between India and West Indies will be played today. The match will be played at Lauderhill in Florida, USA from 8 PM IST. The pitch at Central Broward Park is unfamiliar to both teams. The weather is favorable for competition. As the boundaries are short, run rain can be expected. India lead 2-1 in the five-match Twenty20 series. It is in India’s favor that skipper Rohit Sharma, who withdrew due to back pain while batting in the third Twenty20, has regained fitness. Harshal Patel will be replaced by Harshal Patel who has faded in the previous matches and will add strength to the bowling. Windies are tipped to retain bowling all-rounder Dominic Drakes. Devon Thomas will also be played as wicket keeper. Probable Team: India- Rohit Sharma (captain), Suryakumar Yadav, Shreyas Iyer, Rishabh Pant, Hardik Pandya, Dinesh Karthik, Ravindra Jadeja, Harshal Patel, R. Ashwin, Yuzvendra Chahal, Arshadeep Singh. Probable Squad: West Indies- Kyle Myers, Brendan King, Nicholas Pooran (captain), Shimron Hitmir, Rovman Powell, Devon Thomas, Jason Holder, Akeel Hossain, Dominic Drakes, Alzari Joseph, Obed McCoy. History awaits Indian skipper Rohit Sharma. Rohit is preparing to score the highest number of sixes in international cricket. Rohit has hit 474 sixes in a total of 426 innings. If he hits three more sixes, Rohit will own the record. Rohit is behind former Windies player Chris Gayle who hit 553 sixes from 551 innings and former Pakistan all-rounder Shahid Afridi who hit 474 sixes from 508 innings. Rohit will surpass Afridi if he hits three sixes today. Rohit hit 250 sixes in ODIs, 160 sixes in T20 Internationals and 64 sixes in Tests. In the first match of the series, Rohit scored 64 runs in 44 balls, including two sixes and seven fours, and was dismissed on the very first ball of the second match. In the last match, he scored 11 runs in five balls and came back with enough batting.