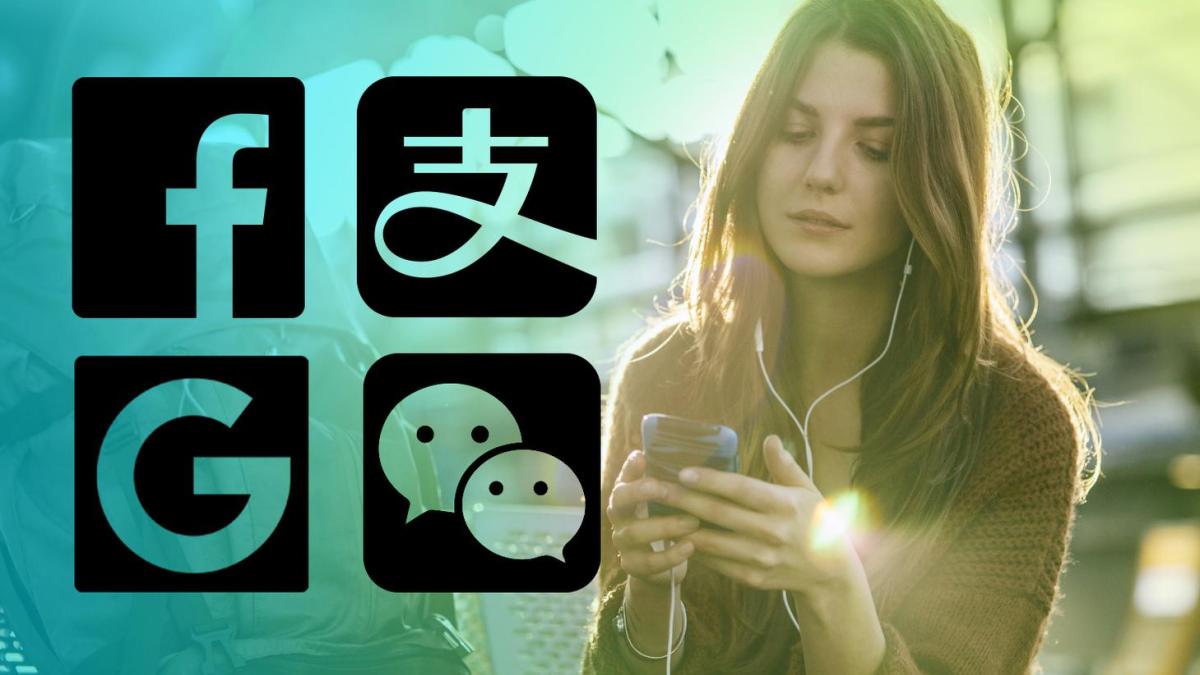 Dhe day in the life of a smartphone user today often looks like this: After waking up, the value of the share portfolio is checked in the Trade Republic app while still in bed. For breakfast, of all things, milk and butter are missing, which can be ordered quickly via Gorillas and are at the front door after 15 minutes with the courier. Because it is raining, the bus goes to work today, the ticket is available in the transport company’s app.

Lunch in the canteen can be paid for with Apple or Google Pay, as desired. The afternoon appointment, which had to be postponed at short notice via WhatsApp, takes a taxi, which is ordered via Free Now. Make an appointment with Doctolib on the way, book a hotel for the weekend trip with HRS and after the appointment with Emmy rent an electric scooter for the way home. The pizza in the evening comes with Domino’s.

Ten apps are required for this constructed scenario. Chinese smartphone users only need one application for this: WeChat. This makes the country the cradle of super apps. Started as a messenger for the Internet company Tencent, the app has developed into an all-rounder: contact exchange, marketplaces, doctor’s appointments, taxi, hotel reservations, mobility, navigation and financial services.

It is estimated that more than a million services can be accessed through WeChat. “In China you can live your life and never leave the WeChat app,” says Jan Wolter, General Manager of Applause. The company advises providers on creating apps.

But WeChat is no longer the only application that has made it a super app. In China, Alipay is one of them, in Indonesia it is Gojek, in India Paytm and in Singapore the super app is called Grab. Gojek now calls itself a super app and has built a Go empire: GoRide operates two-wheeled taxis, GoSend sends out parcels, GoFood delivers the food, GoMall and GoMart do the online purchases, and GoMed can order medicines and pay with GoPay become. GoSure offers insurance and GoInvestasi offers investment opportunities. Donations are made via GoGive, streamed via GoPlay, tickets are ordered via GoTix and news is read with GoNews.

Western tech companies have analyzed developments in Asia in detail – and are for their part preparing for a future with super apps. Uber boss Dara Khosrowshahi had already headed his vision in 2019 in a blog entry with the title: “An operating system for everyday life.” Everything should come from an app: taxi, bicycles, e-scooters, food, bus tickets. PayPal promised on its Capital Markets Day last February that it would develop a mobile app that would allow consumers to shop at millions of merchants while doing most of what they currently do at banks.

But while the apps in Asia penetrate all areas of life, the plans of the western providers remain focused on their industries. That’s why Uber boss Khosrowshahi is talking about becoming the “Amazon of Transport”, and PayPal remains loyal to its financial services. Still. Because they too know that super apps are platforms on which a large number of partners cavort. Alipay in China can be expanded with 120,000 mini-programs. The video platform TikTok, which is popular in Europe and the USA, is now also starting with mini programs and services from third-party providers, which can then be opened in the app. TikTok is part of the Chinese company Bytedance.

The advantages of super apps are obvious

One shouldn’t dismiss super apps as a “Far Eastern phenomenon”, according to a white paper by the management consultancy KPMG. In truth, they can be found in almost every market in the world. “In fact, our experience suggests that after almost a decade of service fragmentation and unbundling, consumers are increasingly turning to digital package solutions.” The advantages of super apps are obvious: users don’t have to install many different apps on their smartphones and most importantly, not always having to store your data and set passwords. In a super app, this only has to be done once in order to be able to use all services.

Why did super apps first emerge in China and not in Europe or the USA? “That has to do with hyper-competition in China, which forced suppliers to innovate quickly with a laser focus on customer benefits,” says Sandy Shen, an analyst with market researcher Gartner. But super apps were not designed in China either. Rather, they came about by chance – by adding more and more functions, says Shen. WeChat also started out as a normal messenger. The large US Internet companies did not have to fear the Chinese providers. China has simply banned them from their country.

“Google and Facebook are still working flat out to offer the next super apps,” says Wolter from Applause. “We are seeing a trend that more and more functions are being built into it.” WhatsApp is an example. The service is no longer just a messaging service. “With the Status feature, WhatsApp has tried to go in the direction of a social media platform, and the latest addition, WhatsApp Business, allows business owners to upload their catalogs directly to the app.”

Two developments suggest that the time for super apps has also come outside of Asia. “The corona pandemic has accelerated everything,” said PayPal strategy chief Jonathan Auerbach at the company’s capital market day. “In particular, it has accelerated the migration of retail and financial services into the digital sector.” On the other hand, Apple and Google could themselves ensure that providers increasingly rely on super apps.

Because they make it increasingly difficult for service providers to collect user data in their mobile operating systems for iPhones and Android smartphones. Developers have therefore long been looking for alternatives. In a super app, users deliver their digital footprint to their home at any time. At the same time, however, competition watchdogs in Europe and the USA have long been working on stricter rules and are observing the big tech companies more closely than in the past. They are likely to oppose an accumulation of too many services and offers.

“Everything on stocks” is the daily stock market shot from the WELT business editorial team. Every morning from 7 a.m. with the financial journalists from WELT. For stock market experts and beginners. Subscribe to the podcast at Spotify, Apple Podcast, Amazon Music and Deezer. Or directly via RSS-Feed.