Rome, violence during the No Green pass demonstration: two arrested remain in prison 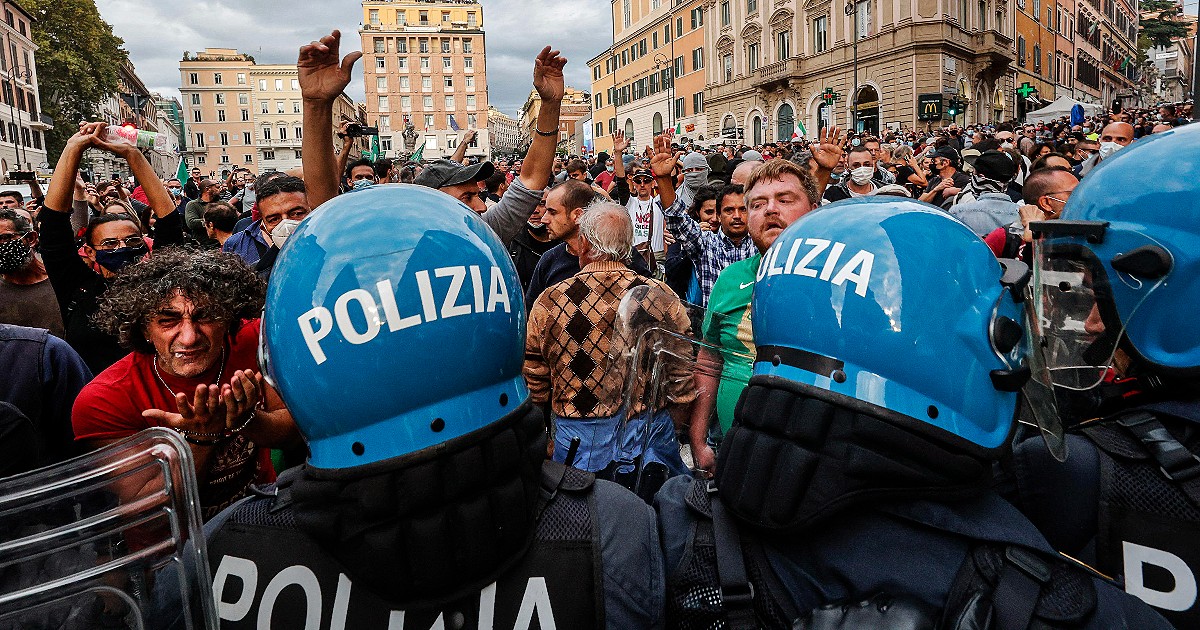 Three released from prison – two under house arrest and an obligation to sign – and two validations of arrest in prison. The collegiate judges expressed their opinion on five of the twelve arrested for the riots and violence that took place during the No Green Pass demonstration with the assault of the CGIL headquarters and the attempt to occupy Parliament. The magistrates have ordered the prison for Fabio Corradetti (son of the companion of Giuliano Castellino, leader of Forza Nuova arrested) e Iorio Pilosio. Per Maurizio Bortolucci e Valerio Pellegrino house arrest and finally for Gennaro Imperatore the obligation to sign three times a week was decided. Against them the Prosecutor disputes the crimes of resistance to public officials and injuries. For the judges Corradetti must remain in prison for having had “a decisive role in the clashes that took place in the area of ​​Palazzo Chigi” while Pilosio “admitted that he wanted to occupy the Parliament”. For the magistrates there are “serious indications of guilt and precautionary requirements due to the gravity of the disputed facts”.

Hacker attack on the CGIL site: “Unreachable several times since Saturday. Raids started simultaneously with the action against the headquarters “

The police forces identified 600 people and nearly 60 officers were injured. Roberto Fiore and Castellino di Forza Nuova also ended up among those arrested. The suspects must respond, for various reasons, for aggravated damage, devastation and looting, violence and resistance to public officials, while further investigation and verification activities are underway on the films recorded by the forensic police, to evaluate other criminally relevant conduct. Anti-terrorism also participates in the investigations.

General strike, students snatch banners from the No green pass: “Fascists out of the procession”. Tension at the Rome demonstration

Also in Milan the Court decided. He will have to appear before the judicial police three times a week to sign the 25-year-old arrested last Saturday during the No Green pass march in Milan to have violently hit a policeman on duty in the back and who reported a 7-day prognosis. The judge issued the obligation to sign for the boy, at the end of the trial by direct line. The hearing was adjourned to next week. Last Monday the precautionary measure was issued in prison for one of the five demonstrators on trial in Milan for direct line, after being arrested on Saturday for resisting a public official after the march No Green pass on Saturday 2 OctoberAnd. For the other three demonstrators, the judge had ordered house arrest and a fifth person who participated in the march, of foreign origin, was instead released. The investigations into the march are coordinated by Alberto Nobili, the Milanese counter-terrorism officer, in the context of a much broader investigation into the No vax and No Green pass. 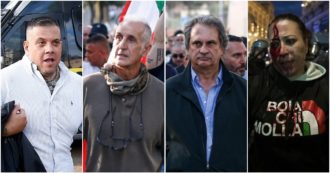 The former Nar Luigi Aronica, the leaders of Forza Nuova, the ‘dolphin’ of Castellino and the leader of IoApro: who are those arrested for guerrilla warfare in Rome

Your support helps us ensure our independence and allows us to continue to produce quality online journalism that is open to all, without paywalls. Your contribution is essential for our future.
Become a supporter too